We’re proud to announce the launch of an entirely new fashion concept for men: TUX™ intimate apparel. A satin evening suit influenced by the classic tuxedo – the hallmark of gentleman’s style – TUX™ is designed to bring some sophistication to the bedroom in the same way lingerie does for women, but with a sense of humor too. This unique new product has a long history and a statement to make, so without further ado, let’s get up close and personal. 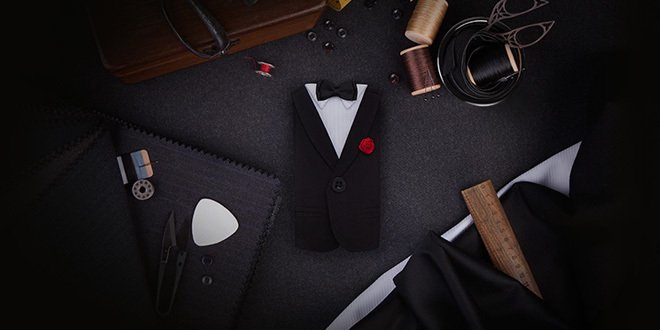 One purpose of TUX™ is to highlight and address the gulf between the way men and women are expected to express themselves sexually. Traditionally, women have been the ones expected to dress up (or dress down) in the bedroom. We believe it’s time to redress the balance by offering a piece of intimate formal attire that men can wear on their manhood when they want to dress to impress.

Revered sex educator and activist Tristan Taormino agrees: “There is emphasis on women dressing up in lingerie, sexy undies, or role-play costumes to entice their partners or revive a spark, but I say it’s equally important for men! Women love to be seduced by their partners. Knowing that a man has made extra effort to dress for sex is a real turn-on.” 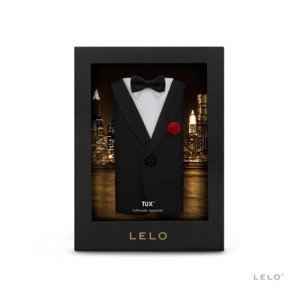 The bedroom should be a safe place of exploration and mutual fun, whatever the dynamics of the relationship. Tristan continues: “Everyone, regardless of gender, should strive to bring the fun back into the bedroom. It’s a space that’s meant to be playful, full of fantasy and exploration. When we let our guards down and try new things, our connection grows.”

That’s the space that TUX™ occupies, the center of the Venn diagram of sexiness, self expression and playfulness.

While TUX™ is certainly a novel item of clothing; it’s far from the first of its kind. There is in fact a long history of these articles, historically known as ‘willy warmers’, originating in the Mrkopalj mountain region, in which wives of shepherds and horseman embarking on long journeys would knit them to help their husbands tolerate the freezing climate in the 12th Century.

From there, the items – still knitted by hand – moved across Europe, taking root in the fjords of Norway and Sweden – the home and headquarters of LELO. Eventually, they began influencing trends themselves, eventually evolving into the codpiece that swept Europe in the 16th Century. Scotland has become a kind of adopted home to penis fashion, as it’s in that chilly land where such items remain most popular. TUX™ is the most recent and most sophisticated iteration of this centuries-old trend.

TUX™ in the Making

TUX™ was actually much more complicated to create than you might imagine. Designed exclusively for LELO by an award-winning external designer who worked closely with LELO on everything from selecting the perfect materials to finalizing the cut, and TUX™ went through multiple design iterations before the finished product.

The Importance of Fantasy

What TUX™ does is create a common ground between partners in a totally unexpected and unusual way. By making a dent in the seriousness of sex, we hope to encourage couples to more openly share their fantasies and desires.

Dr. Zhana, one of the most respected sex researchers, writers and educators in the US, recognizes the importance of fantasy sharing between couples.

“Fantasy feeds the mind and stretches our understanding of the world,” says Dr. Zhana. “Imagination and the ability to play are essential to great sex! While many think of sex as a predominantly physical activity, the key to good sex isn’t just mastery of physical moves but understanding of the emotional and intellectual elements that make a particular partner tick.”

Those intellectual elements can include humor and mischievousness, and in that way, a product like TUX™ can provide a conduit into fantasy and enhanced intimacy.

After all, to quote Dr. Zhana once more:

“Shakespeare said, ’apparel oft proclaims the man,’ and centuries later, ZZ Top followed with, ‘every girl’s crazy ‘bout a sharp-dressed man.’ Well. They’re both right. There are several reasons why men should be more experimental about their appearance in and out of the bedroom.”