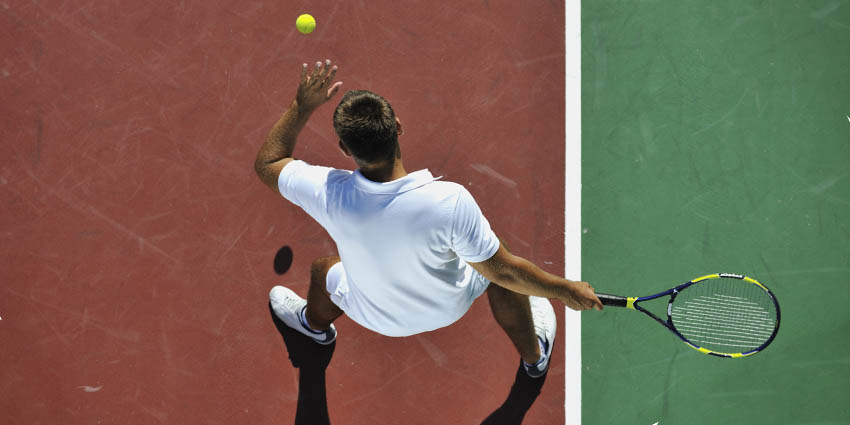 There were bulges as far as the eye could see. It was my first time in Puerto Vallarta, a hedonistic hub of homosexuality in Mexico, where BeefDip, a week-long event for muscular, heavy-set men and their admirers was taking place. The beach was filled with buff bodies, mango margaritas, and unceasing chimes from Grindr emitting from each of our phones. The sun was hot, the waves were cold, and the collective need for physical affirmation was omnipresent.

For the gays, the beach strip served as a runway. At any moment, you could witness hundreds of gay men peacocking, showing off their rock hard bodies, their skimpy bathing suits, as well as their mountainous bulges. It was a visual feast, an all-you-can-eat buffet. And since I’m a big fan of buffets, I couldn’t help but witness that some suits barely concealed scrotums the size of potato sacks.

While I’m sure the majority of these jaw-dropping bulges were genetic, others were simply too large to be natural. After doing some digging (out of curiosity and envy), I discovered that there are a number of cosmetic procedures that can enhance your scrotum. Some are safe, some are dangerous, and some are even deadly.

“Enhancement and enlargement is all the rage these days and it’s become a significant part of my practice,” Chris Bustamante, DNP, NP-C, founder of Lushful Aesthetics, says. “Everyone wants to stand out, and typically having a more well endowed penis and/or scrotum does that for people.”

When it comes to matters of the bulge, Bustamante says “Scrotox” is one of the more effective and popular procedures. And yes, it means exactly what you think it means. Injecting Botox into the scrotum relaxes the “cremaster muscle”, which is responsible for the sack shrivelling up when you’re cold.

“In some people this muscle is naturally more hyperactive and they tend to always look like they’re cold, while others are naturally more relaxed and have ‘low hangers’,” Bustamante explains. “Scrotox can help people who have a naturally more engaged cremaster muscle to become low hangers with the appropriate dosage.”

Bustamante begins the dosage at 100 units, but says some clients can require 200 or 300 units when they have stronger cremaster muscles or if they want their scrotums hanging extra low. At Lushful Aesthetics, 100 units cost $1100 USD and the price gradually drops with the more units you purchase.

Christian Berry, 29, had the procedure done to add volume to his bulge when wearing underwear and Speedos. “My skin in that area tends to be more reactive to temperature and even during sexual activity, and post-Scrotox, there’s still a natural reaction, but not nearly as much,” he explains. “They hang lower and are more relaxed, and the process is quick, easy, and painless.”

Xavier Blanco, 34, confesses he’s a grower not a shower, and wanted his scrotum to hang lower for a fuller appearance when flaccid. “When Chris [Bustamante] told me he started doing this procedure I was sold right away,” he says. “He mentioned that it encourages blood flow as well, so now that I’ve had the procedure my boners have become even more solid.”

The procedure takes roughly 10 minutes, but coupled with numbing cream and cleanup, Christian says his entire visit took around 30 to 40 minutes. And while it doesn’t happen to everybody, Christian did have slight bruising (this can happen when Botox is injected anywhere, FYI) but no pain. Both he and Xavier witnessed results a week later and are so happy with their saggier sacks that they plan to continue having it done. Just like facial Botox, results last roughly three to four months.

While considered an “off-label” use for Botox, Scrotox is arguably the safest procedure for scrotal enhancement when it’s performed by a medical professional. “I’ve heard rumors of some medical providers putting dermal filler (the material also used for lip fillers) in the scrotum as well, but the approach just doesn’t make sense,” Bustamante says. “The scrotum is super thin, so there’s no tissue to do a fat transfer.”

Not  to mention, the surface area of the scrotum is at least 10 times that of the lips, so the costs would be proportionately higher. To give you a rough idea, a typical lip filler procedure costs between $500 and $2,000.

Prior to these fairly new procedures, people took far more dangerous measures to increase the size of their scrotums, one of which involves injecting the sack with a saline solution that inflates the scrotum like a balloon. But because the body absorbs saline so quickly, this type of enlargement only lasts a few days.

“Because the saline is so short-lived, these men will often use cock rings or ball weights to trap the saline and keep it in,” Bustamante says. “But if they get too swollen and can’t take the cock ring off, this can lead to a trip to the emergency room and potentially cause permanent damage.”

An even more dangerous procedure involves silicone injections into the scrotum, which last longer than saline, but also have a number of health risks. “A rare complication is the silicone can get into a vein and get carried back to the heart, which can cause significant damage to the heart and lungs,” Urologist Justin Houman, MD, says.

Other side effects include tissue necrosis (death), granuloma (when the body recognizes a foreign substance and surrounding tissues turn hard), as well as permanent scarring that may require surgery. Even if the procedure goes smoothly, the silicone can still migrate to other areas of the body.

Bustamante says silicone injections are quite extreme and categorizes them as more of a fetish than a common procedure. “These people enlarge their genitals for arousal and their perceptions can quickly become skewed as they keep wanting to go bigger and bigger until their scrotum is far larger than natural scrotums,” he says. “In conversations I’ve had about silicone injections, people are aware that the procedure is rarely (if ever) performed by medical professionals, meaning whoever is performing it is likely doing so without a medical licence, which is illegal.”

These dangers made international headlines in 2018 when blogger Jack Chapman (aka: Tank Hafertepen) died from silicone embolism due to complications following the procedure. He and his partner, Dylan Hafertepen, had become particularly influential among the gainer community, a fetish built on the arousal of bodily growth. Given that Dylan was a dominant to Tank, many speculate he is responsible for taking Tank’s body modifications to such extreme lengths which ultimately led to his untimely death. It is a sobering reminder of how dangerous this underground practice can be.

Unfortunately, there isn’t much you can do to naturally increase the size of your scrotum, though Dr. Houman says that eating a well-balanced diet, exercising regularly, taking fat soluble vitamins and getting your daily dose of vitamin D are all effective ways of preventing your scrotum from shrinking as you age.

Though its name might seem like a joke, the reality is that Scrotox is a legitimate and growing procedure for those looking to increase the size of their scrotums. And while the idea of injecting neurotoxins into your genitals can seem scary (and rightly so), rest assured knowing that a medical professional knows how much to inject for optimal results while avoiding complications, since our scrotums must still be able shrivel and sag to keep our testicles at the optimal temperature for sperm production (35 degrees Celsius).

Because Scrotox keeps the temperature of the testicles lower, some medical experts argue it is beneficial as higher temperatures can impact spermatogenesis, a process involved in fertilizing sperm. And while there is little research done on the procedure, more and more people are having it done and are quite pleased with the results, securing Scrotox as the next big thing in genital enhancement.

Now, whether you think the procedure is worth it is a personal matter. But regardless, it’s nice knowing that there is a solution available for folks who might be feeling a little insecure about the state of their sack.