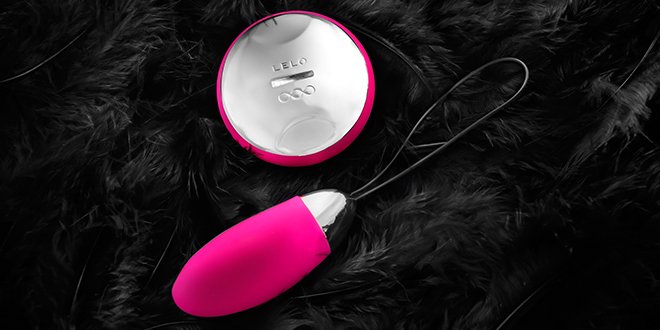 The following is an anonymous account of the experiences of an anonymous LELO fan trying LYLA 2 for the first time.

I don’t want to start this off like a letter to Penthouse, but I truly never thought something like this would happen to me.

I’m not a prude by any measure – if that’s even a thing in this day and age – but when my husband laid out what he wanted me to wear to our anniversary dinner that night (which is one of the only kinky things we still get to do with two young kids in the house) I did gasp a little inside when I say [LYLA 2] laid out amongst my black dress and lacy lingerie.

After showing me how to the remote worked (FYI its vibrations are pretty awesome in their own right) he ‘helped’ me into my outfit for the evening and off we went.

I was beyond excited but also a little nervous, so I played with the remote in the car. We definitely had to set some rules about how strong he was allowed to go, because Lyla might be quiet I’m sure not when when it’s turned on all the way!

The restaurant we had picked was one we had been too since we started dating in our 20s, not particularly fancy, but we knew the menu, and the staff. They had probably seen us make out more than half a dozen times in our younger days, but still I wanted to make sure we sat in a back booth.

So in terms of how the actual meal went, I might have ruined the mood a little by getting the giggles.There’s nothing exactly sexy about snorting into your napkin while the waiter tries to take your order, which my husband definitely knows. No matter how slightly he tried to tilt the remote, I would get set off again. Though, the laughing was probably better than gasping and moaning?

This just egged him on, until I was begging for him to let me be. He finally agreed, and slipped me the remote as a sign of good faith. We ended up taking our food to go and driving up to fairly private green space parking lot to ‘finish up’ and enjoy the rest of our night. He thinks I was being overly sensitive, but let’s just say I’ve been looking at the cell-phone controlled butt plugs so that we can see if I was exaggerating!