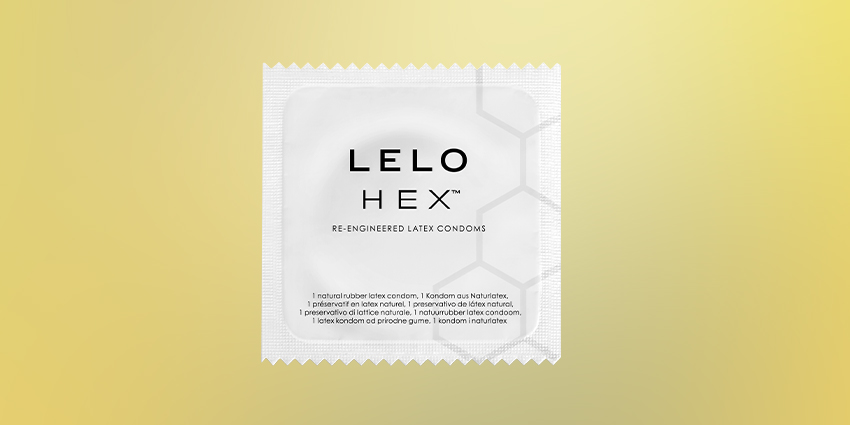 Since launching in June, HEX has drawn an overwhelming amount of support―and curiosity! If you want to know what our uniquely re-engineered condom really feels like, take a peek at these LELO HEX condom reviews from people who have put HEX to the test below!

“[With] the HEX, my husband and I had our most positive condom experience to date. The fit felt good, and the hexagonal design gripped his penis without squeezing it. My husband’s sensations were less dulled than usual, too.”

“My partner said it was the strongest orgasm of his life that he’s had wearing a condom.

You know how with most condoms you pull it out of the package and then you have to look at it, turn it up and down, to figure out which way is right side up? HEX comes just the slightest bit more unrolled so you can easily tell which direction is correct. Which is a great time-saver for when you’re ready to get it on!”

LELO HEX Condoms: Almost like Wearing Nothing at All

“I’ve used many brands over the years. Trojans, Lifestyles, etc. All of these diminished the pleasure of sex to a certain degree… numbing the pleasurable sensations significantly.

Is This the Best Condom Ever? Reviewed – How the LELO HEX REALLY Performed in Bed

“Touch it and it feels much, much softer and thinner than other condoms; a lot less like rubber and more like a thin layer of something akin to skin itself.

The sensation [of HEX was] almost better than without, prompting me to wonder what it is lubricated with which might cause deeper feeling. It felt super-snug throughout and stayed that way with both me on top and him behind, with no budging and the sensation seeming to heighten as things progressed it would in regular unprotected sex. We purposely didn’t hold the bottom at any point to test the slippage factor and it delivered by not budging.

It feels more like wearing nothing than any other condom I’ve used,’ [my partner] said after. A lot less cumbersome and much much more sensation. Despite staying on so well, it didn’t constrict his penis at the base in the way other condoms do, which he believed allowed for better circulation.”

Condoms are really thin but are stronger than most

I can’t even remember how long I’ve been using these condoms, and I find that they fit comfortably, and are thin enough to feel fantastic during intercourse.

Also extremely reliable. Throughout every single one that I’ve used, not a single one has torn regardless of the level of the activities!

How To Use HEX