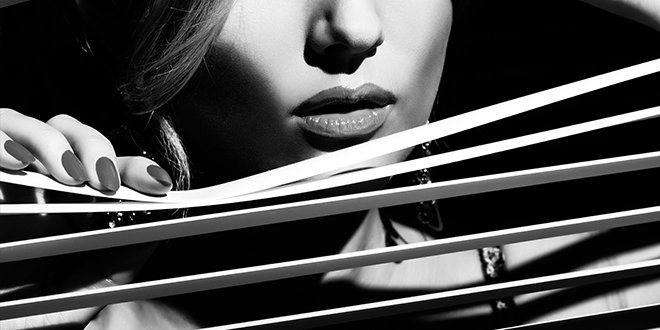 Ruth had been working at the Clarín bookstore for three years. She was almost always behind the counter, ringing up customers, searching the database, or jotting down charges. However, during the summer, her boss relegated her to the storeroom; there were lots of textbook orders and they had to be ready before September.

That day was the afternoon shift, from four-thirty to eight-thirty. She had just arrived at the bookstore and was already feeling drained of energy. The soaring temperatures from the sun turned into a choking stuffiness within the un-air conditioned storeroom. It only had a small window that never seemed to catch even a hint of a breeze, only a view of the hotel across the street. For several weeks she had been asking her boss for a fan, but like most things, it had been promised ‘in a few days’; she would have to settle for one more day with that tiny window.

She unloaded her daily essentials from her purse onto the table: an extra-large thermos filled with iced coffee, a bottle of half-frozen water, and the folding fan that only slightly made her frequent breaks bearable. She sighed before slicing open a cardboard box, and began pulling out first year Kinesiology textbooks.

With the effort of lifting both boxes and the sizable tomes, it wasn’t long before Ruth noticed a stickiness on the back of her neck and down her chest. She sighed again, and looked out the window to make sure that the maximum amount of air possible was entering. From the store, on the fifth floor, she could see the quiet street below and the whole façade of the hotel “Las Tres Gracias.”

She stepped closer to stick her hand out of the open window, and gazing upward her eyes caught a dark-haired woman, leaning against a balcony railing across the street, completely naked. She blushed and reflexively withdrew her hand, but her eyes remains transfixed.

The woman’s body reminded her of Rubens’s paintings: fleshy, broad-hipped, with generous breasts… Still, all in proportion. The only difference Ruth could find was the black hair at the peak of her inner thighs, which the owner seemed to be displaying to the street with nonchalance. Ruth’s neck seemed to double in temperature out of embarrassment, both for watching and the flagrant display; however, she had the feeling that she was the only one watching. Sudden awareness of that fact made her start, and she glanced back at the door to the storeroom, only partially obscured by a half-empty bookshelf. She felt calmer when she saw that it was closed, but her pulse continued to thrum below her damp blouse.

When she turned back to the balcony, she discovered a second woman joining the first. She was a lot thinner and had blond hair cropped short, which made her look at least twenty years older than the first, which struck Ruth as odd…but perhaps it wasn’t…

Perhaps what was really odd was that Ruth was spying on them instead of shutting the window and returning to her work. The truth was that the bookseller could not look away from those two. The scene of two women leaning so casually as they chatted on their balcony, completely naked, unnerved and excited her equally.

The blonde laughed at something the other said, then delivered a swift slap to the other’s ass, causing her to lean with both hands on the railing with a grin before turning around for a long, passionate kiss. Ruth bit her lip, trying to imagine the sensation, to imagine the details of the scene taking place. Were they lovers, or strangers who had just gone to bed for the first and last time?

A few seconds later the women stopped kissing and smiled against each other’s lips. The older woman said something, looked into her eyes … and the other woman disappeared. Ruth found herself cursing internally that she couldn’t make out their conversation from below. She wondered if they were leaving the hotel…

The brunette’s tongue began to walk along the toy, inch by inch, meeting the impatient look of her companion. The second nodded and placed a leg atop a small patio table. Her partner smirked as she approached her, using a hand to feel for her arousal before pushing in all those inches seemingly no effort at all.

A groan made Ruth return to reality, hers. She covered her mouth quickly, and felt a heat flood her cheeks that had nothing to do with the weather. Hoping they hadn’t heard her, she quickly returned to her desk and began to stack textbooks, though it would have been impossible for them to see her attempt at pretense. Staring at the glossy books, she wasn’t able to stop thinking about the couple, between waves of shame, lust and nerves.

She waited a few minutes—or what felt like minutes, it was probably only seconds—then slowly went back to window. When she peeked back up at the balcony she realized that they had changed positions. The blonde was now sitting on the terrace table, her legs wide open, welcoming the toy over and over again. The other was thrusting so hard that Ruth feared she would harm her. She wondered if it would hurt, and if so, if that pain was part of the pleasure.

With her free hand, the brunette twisted one of her partner’s nipples between her fingers. She alternated, squeezing, and clawing. From the window, just a few yards away, Ruth did not miss a single detail. She watched the hands of the blonde, who gripped the brunette’s hips anxiously; simultaneously her partner’s full breasts danced from side to side with each thrust.

Ruth’s fingers slipped almost unconsciously down her loose shirt and traveled to her own breasts.

She wanted to recreate the attentions of the younger woman and was surprised by the sudden, sharp pleasure of twisting her left nipple, something she had never tried either alone or with a lover. In that gesture she found an unexpected and unusual pleasure, so she let her fingers find her other nipple within the cup of her bra, then undid her top button to try both at the same time. She loved it, moreover, the thrill of acting in unison with the scene above gave her shivers that forced her to close her eyes and continue despite the danger of being discovered.

Her right hand slid into the front of her shorts and she stroked herself over her panties, through which she could already feel wetness. She smiled to herself, touching herself directly. The touch was electric: she had never felt sparks as she ran her index finger over her clit. She used that sensation to continue caressing, slowly. Soon she stopped perceiving the current that had pushed her to continue to before and instead fed it with increased pressure and speed. She threw back her head, closed her eyes, and then inserted a finger inside.

In Ruth’s mind, her finger was the purple toy that the brunette woman was fucking the other with: hard, fast, strong. She tried to do the same, with the same energy and delivery as the brunette.

She knew that the orgasm was going to come alone and was very close. She feared that if she stopped, the electricity within her would disappear, so she continued, pushing her fingers in again and again, stroking her clit with her thumb. She opened her eyes for a second to look at the balcony and was disconcerted to see it completely empty. But that didn’t stop Ruth; she didn’t need them to feed the spark electrifying her entire body. She could feel molten sweat erupting from every pore, pricking with the wind that suddenly eased in through the window over her skin and her soaking fingers. She was about to, had just about come to orgasm…

Or at least, she was, before the door was opened and her boss entered carrying a large box containing the fan that she had asked for.