The social pressure to conform to conventional standards, and the sense of being different from the rest of the multitude, are sources of considerable amounts of stress for many of us. Whether it’s ethnicity, gender, sexual identity, or any combination of these things, those of us who are categorized us ‘minorities’ often feel that pressure to conform, and the stress that it derives, more acutely than the rest of us.

And it’s no wonder. It was only in 2015 that a federal judge ruled that the 1964 Civil Rights Act protected sexual minorities from employment discrimination. In 31 US states, there still exists no law that protects employment for people who identify as transgender. Employment discrimination is just one tiny example of a situation that might cause stress for a sexual minority person: issues of parenting, family, schooling, and comfort in public spaces can all create stressful situations.

There isn’t a great deal of data about the direct effects minority sexuality has on mental health, but the amount of research available is slowly growing. Two systematic reviews published recently document the psychological effects of being a sexual minority in American society today. The first was a systematic review published in the American Journal Of Public Health in 2016, and it confirmed something most of us already knew: that sexual minorities are more likely to attempt suicide in their lifetimes. The study was quite a large and representative one: it analysed data from 30 other studies including a total of more the 21,000 sexual minority adults. Once the data had been processed and studied, it appeared that as much as 20%, or one in every five sexual minority adults, had attempted suicide at some point. By comparison, about 4% of the general population attempts suicide.

This report reviewed 199 different investigations into the mental health of sexual minorities compared to heterosexual people. 98% of the studies found that people who don’t identify as straight are at a higher risk of depression and suicide. Similarly, the research indicated that non-heterosexual people were at increased risk of anxiety disorders, and are more likely to develop drug and alcohol dependencies, compared with heterosexuals.

This information doesn’t feel new. The only thing that’s different is that the evidence is more clearly visible than ever before. The stigma associated with being a sexual minority, as well as discrimination, family disapproval, social rejection, and threat of violence are all factors that can contribute to mental health problems.

Janis Whitlock, a research scientist in the Bronfenbrenner Center for Translational Research and Director of the Cornell Research Program on Self-Injury and Recovery, said the following: “It is increasingly clear that sexual orientation and identity are important factors in understanding health and other well-being outcomes. Although the reasons for this are unclear, sensitivity to the relationship between these are critical for protecting vulnerable people and populations.”

The U.S. Centers for Disease Control has recognized the problem and sponsors research and programs designed to address it, including training for teachers, school clubs for sexual minority students, and classroom teaching about sexual orientation.

The take-home message here is incredibly clear: sexual minorities and people questioning their sexuality suffer from mental health problems at higher rates than the general public. This evidence demands new approaches to the ways our society addresses the challenges and needs of lesbian, gay, bisexual, and transgender individuals. 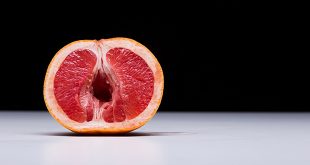 Painful Penetration – What You Need To Know

Sex, Synesthesia, and a Sexual Trance