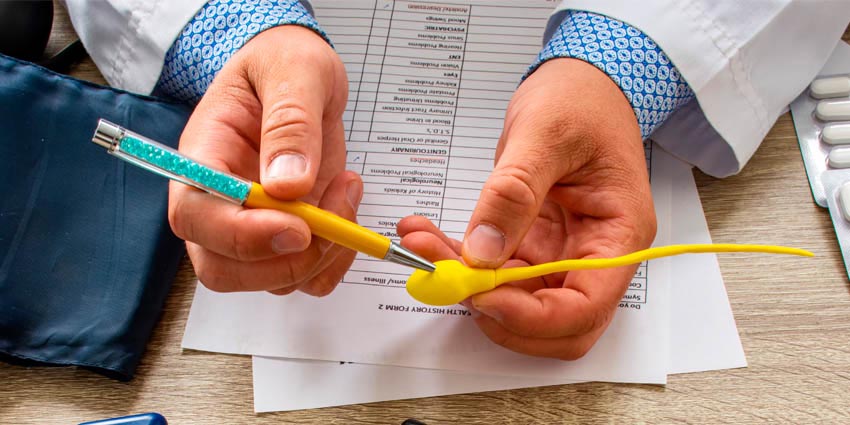 Vasectomy as Birth Control Method: Should Your Man Get a Vasectomy?

“I’ll get a vasectomy if needed.”

Those words stunned me to silence for a moment after my new sexual partner said it to me. We were having a conversation about which form of birth control we want to use when we have sex.

I’ve never been on hormonal contraceptives, and the idea of getting an IUD without anesthesia makes my knees weak (and not in a good way), so the only type of protection I used in the past was condoms.

Even though I’m young, I don’t intend to have children and plan to get my tubes tied. I shared that with my new sexual partner and told him that while it’s an option in most countries in the world, it’s still a contraceptive method that’s hard to obtain for women.

In the UK, female sterilization is legal, but good luck finding a doctor or a clinic to get it done, especially if you’re a single childless woman under 30 years old. The numbers of women getting sterilized had dropped significantly since 2008/09, and all that is due to the procedure which is hard to get.

Doctors encourage women who seek sterilization to consider other reversible contraceptive forms – the pill, the implant, IUD, etc. All sexually active women are aware of all different types of contraceptives and their potential side effects that they have to suffer, not their partners, however, loving or caring they might be.

“Contraception is both of our responsibility. However, in the end, the choice of which method you’d want us to use is yours because it affects your body the most,” my new partner said at the end of our conversation. And he is not wrong.

While choosing the right birth control and safe sex method is both partners’ responsibility, in hetero relationships, women are the ones that carry the burden of side effects, having to take Plan-B, which can be an unpleasant experience, and having to worry about pregnancy.

And with the recent events in the US, where Supreme Court decided to overturn women’s constitutional right to abortion; Poland’s government banning abortions and wanting all pregnant women to register with the government, and UK conservative party members expressing their opinions that “women shouldn’t have full bodily autonomy,” there is more at risk for women than ever before.

Vasectomies seem like a probable form of birth-control method for heterosexual couples.

A common worry that men have when it comes to having their tubes snipped is that they’ll all of a sudden might lose their sex drive. But research shows that vasectomy in no way affects the amount of sex you’ll have negatively. On the contrary, it’s quite the opposite – couples where a partner had a vasectomy report having more sex.

These findings are not surprising. Many women have issues with anxiety and stress related to their bodies and life in general, which sometimes interferes with their ability to enjoy sex to the fullest. If the worry about getting accidentally pregnant is removed, then one less stress factor to consider.

Also, if women don’t have to deal with the side effects of contraceptive methods like pills or implants, they might be more in the mood for sex overall.

And let’s just admit that a man taking full responsibility for his and your sexual health and wellbeing is just hot and… sexually arousing. As Dr. Pastuszak, a urologist and a reproductive specialist at the University of Utah, puts it: “Women do so much. A woman, in today’s day and age, is still very often both a career person as well somebody who takes care of the kids, raises the kids and runs the household. A guy can step up and do his part.“

My new sexual partner happens to both be on the same page when it comes to wanting biological kids – neither he nor I want to have kids, so it’s no surprise that he suggested it as an option for birth control. But what if you do want kids in the long run? Is the vasectomy a reversible option?

One common misconception about vasectomies is that they are 100% reversible, unlike female sterilization. However, the reality is quite different. Studies show that vasectomies are not as easily reversible as we believe, and the longer the period between the vasectomy and its reversal, the less possible it is.

The official NHS (UK’s National Health Service) website advises to “Only have a vasectomy if you’re sure that you don’t want more, or any, children. It should always be seen as permanent.“

Vasectomies as a birth control method are not the perfect choice for all heterosexual couples. If you are unsure if you want kids or know that you will want them in the future, then getting a vasectomy might not be worth the risk of the reversal failing.

With my current partner, I strongly considered getting a contraceptive implant to avoid using condoms. While sex is still pleasurable with condoms, there is a difference in the sensation at the end of the day. It’s minor, but it’s still there. And the interruption in the middle can get you out of the moment. These are the downsides of condoms.

With the contraceptive implant, the side effects are much more severe for my preference and include things like irregular or absent periods, acne, side effects like nausea, breast tenderness, etc., during the first few months.

After a few conversations with my new partner, we are sticking with the condoms for now. But the vasectomy conversation is still on the table.

Deciding which contraceptive method is the right for you has to start with an honest conversation about it with your partner. No blaming or shifting the responsibility. Just an honest discussion that acknowledges all the possible outcomes and side effects before making decisions that affect your body.