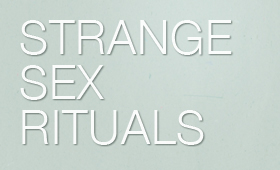 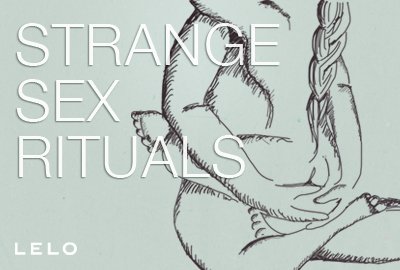 Travel and sex go together like, well, sex and travel. And if you’re anything like us, hearing these two words together brings various outdoor sexpeditions to mind.

However, the world’s a big place with a long history, and as imaginative and kinky as your mind can be, there’ll always be some sexual practices shocking to even LELO’s most curious consumers.

So to culturally broaden your sexual horizons this travel season, LELO presents five of the world’s most fascinating sex rituals.

The More the Marry Her

During the Gerewol Festival in Niger, members of the Wodaabe tribe don decorative costumes and makeup with the intentions of stealing other men’s wives. At the “celebration,” men project their togu, or inherent wooing powers, toward a woman, and if she falls for the togu, a polygamous marriage comes recognized.

All in the Family

Who says three’s a crowd? Deep in the Himalayas where land is scarce, families with more than one son are required to divide their land when each son marries. To keep the land in the family, however, parents find one wife for all brothers to share, thus keeping the plot in the family.

Every July, local voodoo practitioners flock to the Saut d’ Eau waterfalls in central Haiti to pay their respects to the goddess of love. In a rather unorthodox expression of love, participants strip down and roll around in the water and mud, throwing in some animal blood and cow and goat heads for good measure.

No one takes the coming of age ceremony more literally than the Sambians of Papua New Guinea. From the age of seven to eighteen, boys have no female contact, living only with males. When the time comes to officially become a man, the initiated tribesmen must ingest the semen of their elders, promoting growth and strength.

Just when you thought your sex and relationship life was wild and crazy, along came LELO to bring you back to Earth—an Earth as beautiful as it can be seemingly ridiculous.