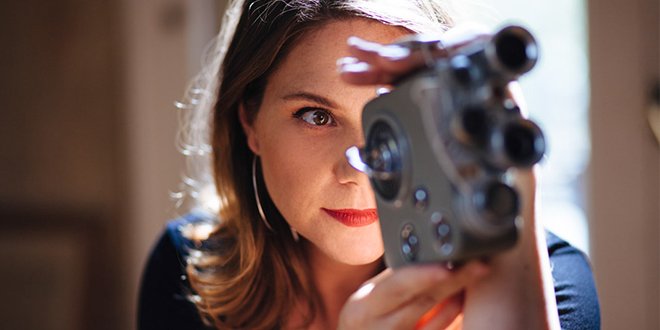 After the success (and international recognition) of her first film The Good Girl (2004) she founded Lust Films in Barcelona. Currently, they produce short adult films based on anonymous confessions that viewers submit on the project’s website, which are then turned into cinematic short films. We asked her for her thoughts on what is wrong with mainstream pornography and why exactly it is so important to create something different.

V: You are considered a feminist pornographer; what does that mean and how does it differ from mainstream pornography?

V: What is the difference between being sexually empowered and objectified?

EL: It’s a thin line, like many things in our world.  You have to look at each different situation: who has the power in any given situation, the values, and look at the question of consent. And not just consent, but enthusiasm as well!

For me it’s important that the performers, both men and women, feel empowered by starring in my films.

That’s part of my responsibility as a director― to make sure the performers feel empowered. It’s important to portray active consent in my films as well, portraying people as sexual but as human beings as well with their own ideas and feelings.

And finally, I think some people can take some pleasure out of being objectified…and that’s ok! I don’t think it’s wrong to feel that way at all! I think it’s possible to be a subject of pleasure while being an object of desire. It’s all about how the person doing it feels and that they are consenting to that act.

EL: It’s important that women have their pleasure taken seriously, but also that they can see sexuality portrayed as a fun thing, as a positive thing, as a healthy thing, [something] that’s an amazing part of the human experience. We get so used to images of sex only as a vulgar, oppressive, traumatic or violent thing. We need to see the happy side of sex too!