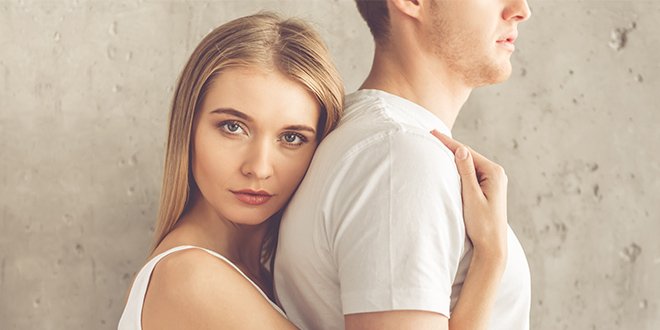 Dear LELO: How Do I Tell My Partner I Have an STI?

Dear LELO,
Help! After an abnormal Pap smear, I was referred for a colposcopy… and have been told I have HPV. I have no idea who I got this from or when. My partner and I haven’t been together very long – how on earth do I tell him I have an STD? I feel so guilty.
-Shocked, Terrified & Dismayed

You need to stop feeling guilty right now! According to Center for Disease Control and Prevention (CDC), an estimated 79 million Americans are currently infected with HPV[i] so you’re definitely not alone! You have an STI (not a D – more on that later). Given that American Sexual Health Association reckons more than half of all people will have an STD or STI at some point in their lives, most of which are eminently treatable, it’s time to finally address that time-old question: what’s the best way to tell a partner you have one, and do you even have to? (spoiler alert: yes you do!)

HPV: More Widespread Than You Think…

First things first: In terms of when you picked up HPV, there’s simply no way of knowing. A vaccination only became available in the US in 2006, and although uptake has been steadily increasing, it’s generally only offered to preteens and young adolescents. That means a huge number of sexually active adults simply missed out.

As infections go this one’s particularly sneaky: it can lie dormant for years before any symptoms start to show. Those symptoms could be genital warts, or in some cases, certain types of cancer. That’s what the Pap smear test you had screens for, and a colposcopy would have examined cells to check whether they show any signs of cancer or pre-cancer. For the most part, though, HPV won’t cause health problems for carriers or their partner.

How you got it is easier to answer: you had vaginal, anal or oral sex with someone who quite feasibly didn’t even know they had it. Even if you’ve been diligently using condoms since your first sexual encounter, HPV can lurk in areas they don’t cover. In other words, you could’ve got it from anyone – even if you did all the ‘right’ things. Unlike some other sexually transmitted nasties, this one isn’t ‘curable’ as such – but caught early, the symptoms are totally treatable, and often the infection passes on its own. Currently, there is no approved testing for men to determine if they have HPV, so you can’t assume your partner was holding out on you.

So If It’s Not Serious, Do I Have To Tell My Partner?

You should absolutely tell your partner about this – mostly because it’s clearly and understandably been a stressful experience. After all, although totally routine, a colposcopy isn’t exactly pleasant! Depending on their STI IQ they may have questions; any doctor worth their salt will be happy to talk through the issues with them.

That nugget of advice doesn’t just go for HPV, mind you. Imagine the roles were reversed: you’d want to support him, right? He probably feels exactly the same. More to the point, if you know for a fact you’re carrying anything communicable, it’s morally – and in some cases legally – your responsibility to speak up.

Do I Have To Share Every Single STI Screening?

If you’ve tested positive for any of the four that can’t be ‘cured’ – namely HPV, genital herpes, HIV and AIDS – you must tell your partner. Even if you’re not currently showing symptoms (sometimes called a ‘flare up’) you can still transmit. Unchecked, these eminently manageable infections could lead to infertility, blindness and even death. Any reasonable person wouldn’t wish any of those outcomes on their worst enemy, let alone a one-night stand or fling.

If your infection is bacterial – looking at you, chlamydia, gonorrhea and syphilis – it can likely be treated with a simple course of antibiotics. If you’ve had any of those in the past, received treatment and since tested negative, then no need to divulge.

Oh, and if you’re taking this situation as a wake up call for hyper-vigilance, it is recommended that you get tested every year when using barrier protection like condoms or dental dams for every sexual encounter (yes, that includes blow jobs and other oral sex) and after unprotected sex with a new partner. If you’re entering a new monogamous relationship, it’s best practice to continue using barrier protection until you’ve both been tested.

When it comes to ‘how’ to tell a new sexual partner that you have an STI…just do it!

It’s really not as awkward as you’re probably making it seem in your head. Think of it this way – when you’re establishing enthusiastic consent with your partner, both you and they will want to know all that they’re getting into, whether it’s bondage play or STI status, for safety reasons. It’s as easy as taking a moment sometime between when your mutual interest in hooking up is expressed and when everyone’s clothes come off to say, “By the way, I have XXX. I’m not experiencing a flare up and I have protection, but understand if that puts some things off the table for you.” Knowing the facts of what safer sex looks like with whatever STI you have is the best way to handle any questions they have!

Noticing symptoms of a sexually transmitted infection during a long term relationship is an altogether trickier scenario. It may be that one or both of you haven’t been completely honest with each other about your status, your definitions of monogamy, or have simply been unaware of your status. Either way, it’s going to be a tough conversation, but if you even remotely like the other person, you tell them. Heck, even if you no longer like them, you obviously once did and should definitely hate STIs. They’re the worst.

Just tell them: ideally it will be somewhere private (but definitely not when you’re locked in a sensual embrace), and be honest about the when’s and the what’s. They’ll have questions – possibly some angry ones – so it’s helpful to take a moment beforehand to imagine their reactions to a changed situation.

Not to be nitpicking at what’s an understandably distressing time, but round these parts we call them STIs (that ism sexually transmitted infections as opposed to ‘D’ for diseases). In fact, HPV perfectly illustrates the rationale behind the semantics: a disease relates to a distinctive, identifiable set of symptoms. Most of the time, infections don’t – and that’s exactly what makes them so insidious!

Speak up. If not for your partner’s sake – which should be enough – then for the sake of every other sexually active person that you or they are going to come in contact with. In many scenarios, there’s simply no guilt to assign. In other situations, there may be some explaining. Whatever your predicament, honest really is the best policy, and it’s important to remember that given how common it is to have an STI – and how many steps you can take to prevent transmission – a positive test result doesn’t mean the end of the world (or your sex life).