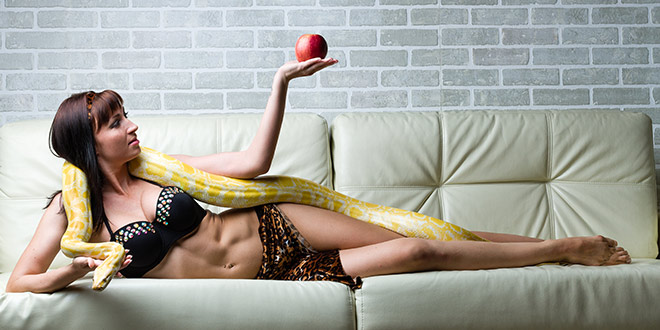 “God is a Woman” sang Arianna Grande with her remarkable single in 2018. Her attempt to tap into the history of a female God brought about some borderline blasphemy by religious communities, along with some interesting questions.

From the boardroom to the sports field, women are laying claim to their inborn privilege. And yet, there’s one arena that’s almost exclusively overseen by males: religion.

Now, we’re not ones to question personal beliefs, but certain narratives inspire the question: what if? For the biggest world faiths of today, the respective deity is portrayed as male, meaning that for many, our spiritual sphere is, quite literally, a man’s world.

The Hebrew God, the Torah tells us, is a He. Likewise for Christians, the single deity and said being’s only child are both male. Scriptures describe how Siddhartha Gautama, or Buddha as he’s more commonly known, was a male sage. Flick through the Quran for any number of suras describing God with masculine pronouns. Sure, semantics play a part. The transcribing and translating of ancient texts over thousands of years skews stories– and yet, divinities tend to be depicted as male. Huh.

But it wasn’t always a man’s world… 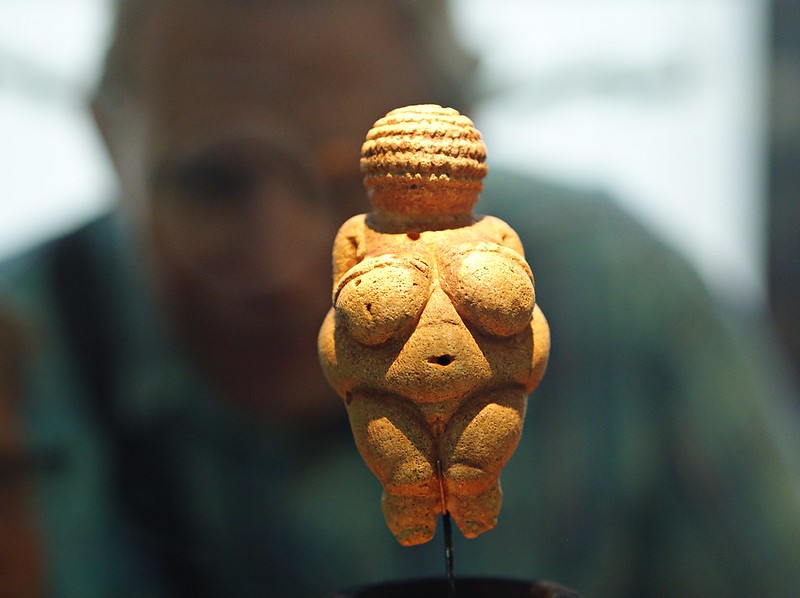 Archeologists all over the world have unearthed ancient artifacts pointing to the widespread worship of goddesses― or one single Goddess―dating back some 25,000 years. Of course, that vastly predates writing, generally thought to have slowly started in Mesopotamia some five thousand years ago. Only through surviving icons and objects can historians speculate as to the beliefs and communities of one of the earliest societies whose trinkets and tools still survive the Paleolithic people.

In particular, so-called Venus figures―small-scale models of exaggerated female forms cast in clay, stone, ivory or bone―may point to a prehistoric, woman-centric religion and by extension, society, with a Mother Goddess as its figurehead. Take the Woman of Willendorf, discovered in the eponymous Austrian village in 1908 and thought to have been made some time between 28,000 and 25,000 BC.

All full breasts, curved belly and ample bottom, she’s glorious, and tinted with red. It’s easy to imagine her contours and curves celebrating fertility and fecundity; perhaps that slick of color symbolizing the then-enigma of menstruation, mysteriously tied to the moon. 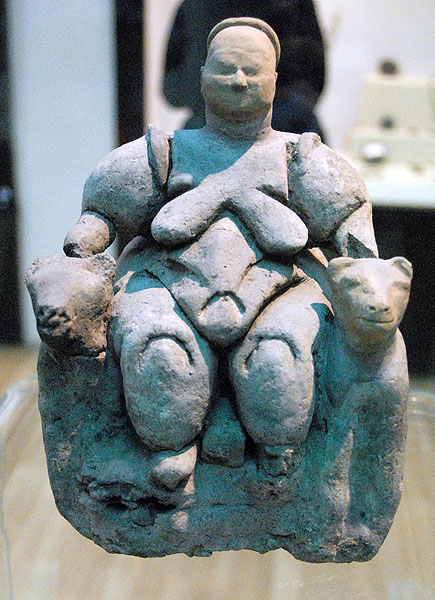 This adoration of female physiology continued. Case in point, the serene Seated Woman of Çatalhöyük: a nude figure of baked clay, depicted giving birth. This Great Mother Goddess, scholars posit, was all fruitfulness, life force and vitality – without any of that ‘good versus evil’ dualism that so dominates Western religions of today.

Twenty-thousand years ago, revolutionary new beliefs were taking shape. Mesopotamian polytheism, the world’s oldest written religion, paved the way, influencing both its near contemporaries as well as the monotheistic, male-led systems that would follow. The Great Mother figure was joined by a myriad other deities, all of whom – somewhat disconcertingly – were related to one another. 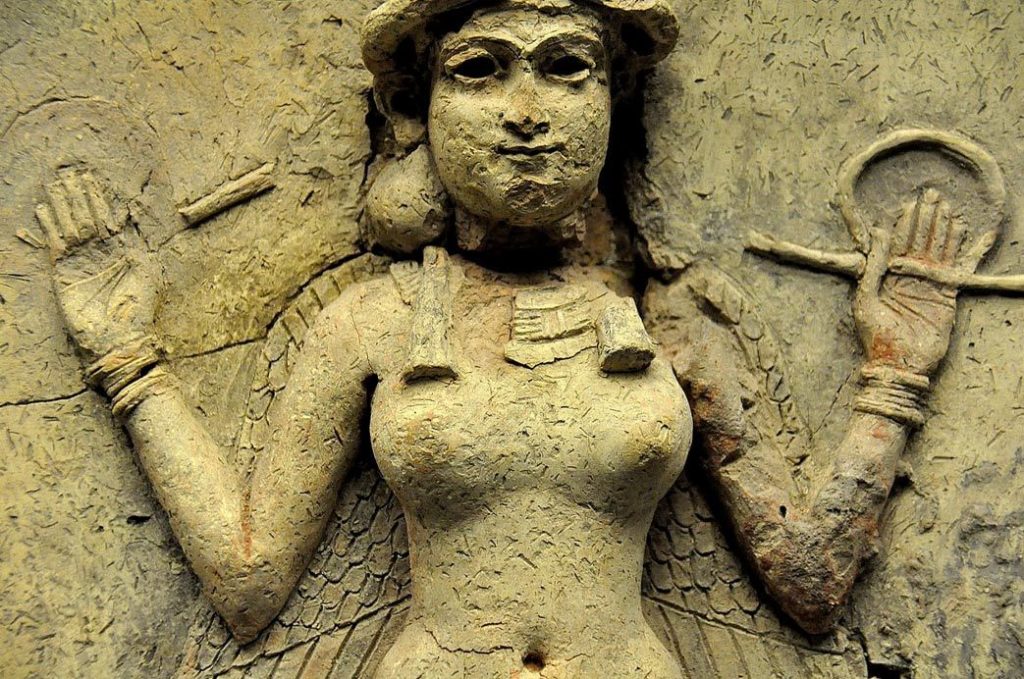 However, it seemed that not all deities were created equal, and increasingly, certain immortals – mostly sons, male lovers and brothers – took precedence over those original goddesses of old. Heavenly hierarchies took shape, with male entities at their helm. It’s not really clear why that happened, although inevitably, theories arose.

For one, men and women’s place in society was becoming increasingly defined and segregated. Where the hunter-gatherers of prehistory were fairly egalitarian in their division of labor, more-organized approaches to agriculture played to men’s strength and physicality. Gradually, women became relegated to baby makers, so ensuring longevity and lineage to bolster communities’ farming futures.

Another theory places responsibility for the turning of tables from female worship to male directly with knowledge – somewhat deliberately, if you ask us. In The Alphabet Versus the Goddess, Leonard Shlain suggests that the arrival of writing in around 3000 BC effectively rewired the human brain, strengthening the linear and predominantly masculine left hemisphere. It seems farfetched, not to mention sexist in today’s feminist age, but there you go.

A more plausible explanation behind the rise and rise of male personifications of deities to the detriment of the once highly-praised goddess figure links back to female fertility. Simply put, women got dragged back down to Earth.

Associated with birth, growth and maternity, they became downgraded over time, while their male counterparts ascended to sky god status, ruling the heavens and becoming, well, celestial. Women – their bodies, bleeding, and mystery – got unceremoniously grounded. Boo.

Would You Adam and Eve It? 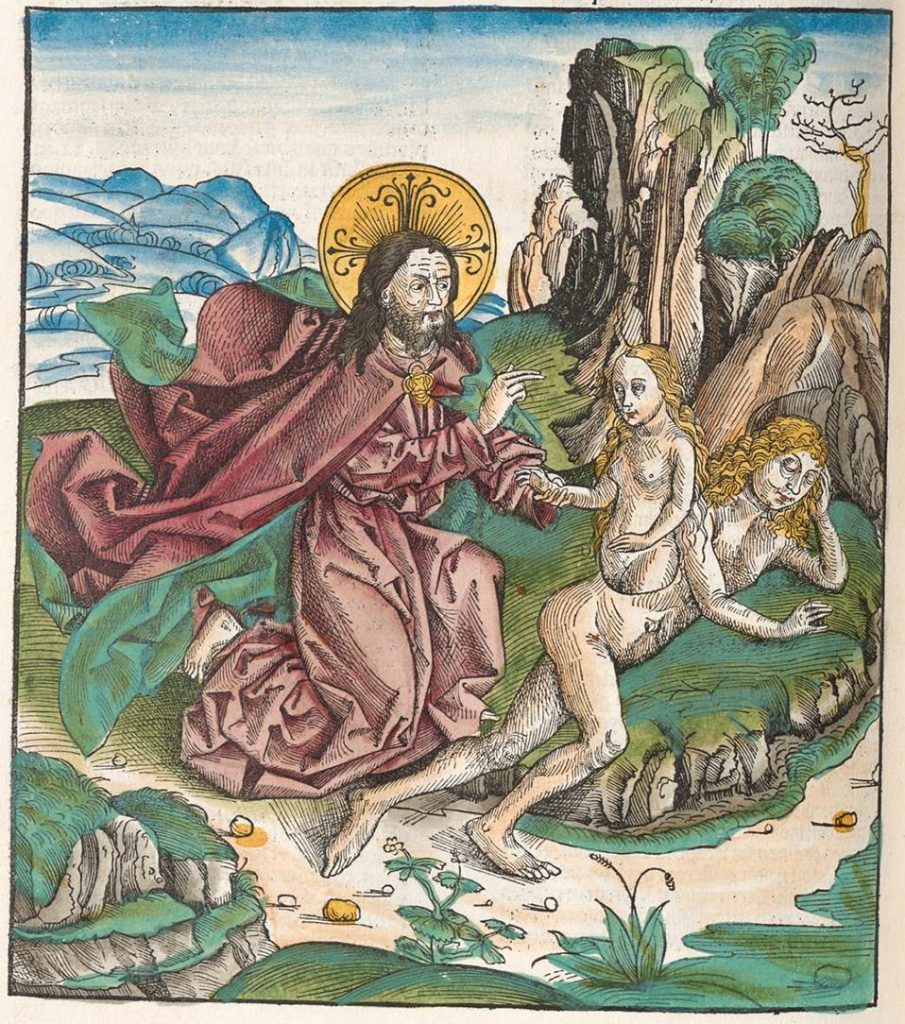 Illustration from the ‘Liber Chronicarum’

According to Mesopotamian legend, it was the first woman (we’ll call her Eve) who created a mate: the first man (he sometimes goes by the name of Adam). And yet, Genesis – the first book of both the Torah and the Bible – sees God enact precisely the reverse.

Likewise, was the Christian Father a convenient substitute for a pre-established Mother? Was he an acceptablereplacement for the ever-so religious Mary figure, sans sex, periods, and well, womanliness? And if farming, of all things, sparked this shift, what future repositioning of our communities and world could trigger a reset?

Faith is a personal thing, and not to be meddled with. Likewise, these are my opinions and mine alone. And they prompt me to wonder: what if? In so many ways, ours isn’t a “man’s world”- at least not exclusively. But in spite of all of our efforts, a huge chunk of life still moves to the beat of an established patriarchy, much of which, inevitably, is cemented in religion.