The Effect of Coronavirus on Modern Relationships

We’ve got no choice: This decade will now be defined by the only thing anyone has spoken about for weeks: the new coronavirus. When this period is studied in the future’s history books, it won’t be the advent of commercial space travel, or the coming of age of virtual reality, or the birth of the Internet Of Everything. It’ll be Covid-19, and our awful preparedness for it. 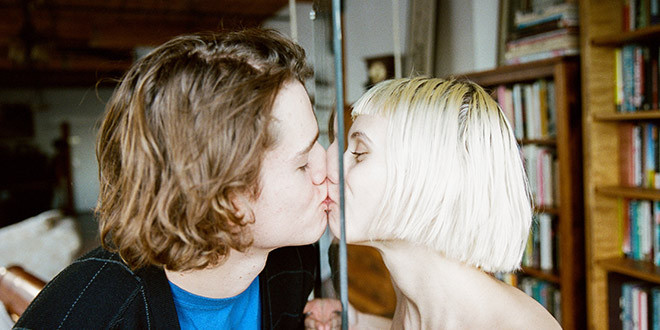 Right now, a lot of people are spending more time than they usually would with their partners, as we are mandated into self-isolation and quarantines together. There is, of course, another side of the coin: there are plenty of couples suddenly forced to remain apart from one another too.

Regardless of how much you love someone, being in their company with no reprieve twenty-four hours a day will have an impact on your relationship. It can put something of a damper on your sex* life too, and that’s normal in this claustrophobic time. There is such a thing as too much intimacy, and sometimes, constant closeness can breed resentment more than affection.

That doesn’t necessarily apply to all people in all circumstances though. Some respond to periods of anxiety and threat with a desire to protect our loved ones, and we become closer both emotionally and physically.  Some people are reporting increased sex drives during this unprecedented period. An increased sex drive could be due to many factors related to the pandemic including simply having more time with one’s partner, or the newfound freedom that comes from being released from the mundanities of business lunches, extra meetings, commuting. Also, interestingly, literary and psychological writings have also long posited a connection between an awareness of one’s mortality and sex.  For some people, when faced with the terror of death, having lots of sex is the best way to affirm life.

These two opposite reactions are reflected in my own professional life. When I asked my twitter followers if they were having more or less sex, they unanimously said less. On the other hand, LELO’s sales have increased substantially in recent weeks.  Clearly, some are more driven and some are less driven to sex during this time.

While for some, the highly contagious coronavirus outbreak has put their foot on the metaphorical gas pedal, for others it has put their foot on the metaphorical break because it has added a whole new set of sexual inhibitors into the mix. A lot of people are asking questions related to their anxieties. Will I get sick? If I do, will I get better? Is my family going to be ok? Is my job safe? Is the economy safe? This level of powerful and powerfully confusing questions can override any feelings of lust or desire, or in other words, put the brakes on one’s desire. Other inhibitors include partners not being on the same page about the risk of the virus being brought into the home, each partner now being able to view the other’s shopping habits (which is an oddly personal experience for most), and the belief that a partner is not taking the threat seriously enough. These all cause relationship friction, another common inhibitor of sexual desire.

Other brake and gas pedals related to the pandemic are simply our circumstances. For example, couples who usually live together but are separated by circumstance, are reporting a much higher interest in sexual activity with each other than those stuck together by force. In other words, as you might predict, the desire for sex is highest right now in people who can’t have it. Those who are forced together and thus can have it readily are generally having less, according to the sex therapists who contributed to this article.