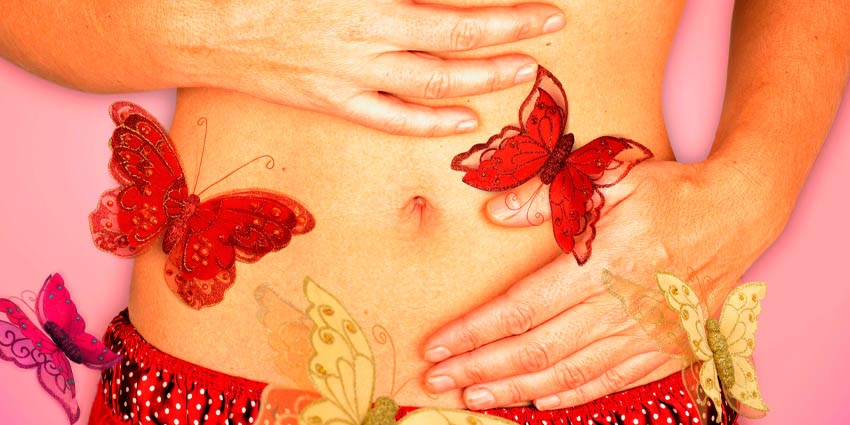 FYI: Butterflies Aren’t the Same as Being in Love

Aren’t butterflies fantastical? In the literal sense of the word, sure, but figuratively… like when you see someone that makes you all giddy. That experience of joy, excitement, but also nervousness… wow! It truly can make you feel alive!

So, imagine this scenario: you see someone you’re attracted to, or you look at your partner. That feeling of butterflies suddenly enters your stomach, and you just know that there’s something happening.

Is it love? Is it lust? Is it just a mere feeling of chemistry that you share with that person?

Sorry to shatter your dreams, but actually… it certainly isn’t love. And let us tell you why!

Having Butterflies is Not the Same as Being in Love

First off… having butterflies isn’t remarkable. We can probably all attest to having felt this sensation at some point in our lives, if not multiple times. This in itself is highly likely to indicate that it’s not a feeling of true love.

Not just that, but this feeling isn’t any kind of reliable metric for assessing long-term compatibility and potential success of partnership either. There’s no correlation between long-term happiness or sexual satisfaction and the feeling of butterflies.

While this all does sound quite sad, we have the facts. So, are you ready to hear the truth about butterflies?

Where Does the Feeling of Butterflies Come From?

When these feelings arise, the amygdala actually deactivates, leaving you with that knotting sensation you get in your stomach. It diminishes the chance to make critical assessments of others, including those that we’re romantically involved with. Which is why it’s sometimes hard to see those dating red flags when we’re in love.

However, when the amygdala is activated, it helps humans stay safe in potentially dangerous situations. Without it, we’re left with feelings of fear and anxiousness.

Basically, and according to Dr Michael D. Gershon, MD, when butterflies appear, it’s simply anxiety. The brain gets into overdrive mode, kicking the stomach into high gear. He goes on to call the stomach a “second brain”.

“And because pressure is increased in the gut, sensory nerves in the gut send signals of discomfort back to the brain. This may cause frequent bowel movements or just queasiness in the stomach, but that’s the sensation,” says Gershon. “Physically the gut is pressing and twisting and just tying itself into knots, essentially, too strongly. And that sends signals back to the brain, too strongly.”

For example, if you were to go bungee jumping, you’d feel those same feelings… butterflies. Or, if you were sitting at home and suddenly heard a frightening noise, you too would feel that feeling.

Is It Good to Experience Butterflies in the Context of Romance?

As we previously mentioned, it can be exhilarating to get those feelings of butterflies when we see someone. But is it a good indication of anything? Actually, no. Oddly, it’s better not to experience those feelings. This is because having butterflies induces that anxious feeling. It can feel unsettling and sometimes unstable.

When someone doesn’t feel butterflies, it allows for a more of a safe and secure place. It removes the nervousness and excitement that can actually get in the way of making genuine connections.

Sadly, many believe that if that feeling of butterflies doesn’t present itself when with a partner, there’s no attraction. They might leave their partner, or not pursue someone, because they believe that there is no chemistry or love. But this couldn’t be farther from the truth.

The truth is, it takes time to build up a connection and chemistry. Feeling butterflies is fleeting. It’ll come and then it’ll pass. Essentially, it’s no indicator of whether there is potential for love or lust.

The devastating part about all of this, is that many people may miss out on getting to know good people and form healthy relationships because they’ve not experienced butterflies. There’s a risk of missing out on a love that doesn’t flutter at first, but that could have the potential to soar.

What Happens to the Brain When We’re in Love?

So, we’ve established that having butterflies has, in fact, nothing to do with being in love at all. But what happens when we are actually in love?

In a 2000 study, Professor Semir Zeki and Andreas Bartels, PhD, looked at 17 individuals, both men and women between the ages of 21 and 37. These individuals admitted to the professors that they were madly in love with someone. So, these professionals got to work and began scanning their brains whilst the participants viewed images of their significant others.

The results found that certain parts of the brain lit up, namely the medial insula, the anterior cingulate cortex, and some of the dorsal striatum. These areas are predominantly the core regions of the reward system, as it sends out dopamine (making you feel pleasure, satisfaction, and motivation). Other chemicals that are released when someone is in love are oxytocin and vasopressin, which are chemical messengers that facilitate bonding.

In layman’s terms, getting those feelings of butterflies is when a certain part of the brain deactivates, creating anxious feelings and unrest. Being in love, on the other hand, is the activation of certain parts of the brain, and the release of a handful of feel-good hormones.

What’s also interesting is that when we’re in love, levels of serotonin become depleted. Serotonin is a chemical that plays a key role in mood regulation, sleep, and digestion. And, as Richard Schwartz, M.D. a professor and couples therapist, describes it, this drop in serotonin leads to “intrusive, maddeningly preoccupying thoughts, hopes, and terrors of early love”.

Basically, it leads to obsessive-compulsive behaviours that are associated with infatuation.

And there you have it, folks! Perhaps it’s time for us to stop putting so much weight on those feelings of butterflies when it comes to love, because it’s actually no indication of it at all.