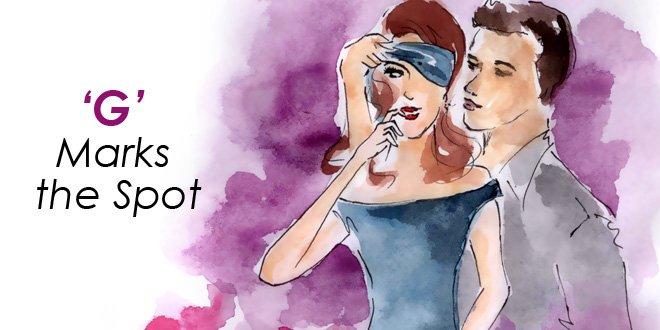 “ Roses are red,” he whispered into her ear, flicking the diamond that dangled from her lobe. His hands were on the small of her back, urging her forward in small steps toward the bedroom. She felt along the corridor in darkness, the silk blindfold tied neatly behind her head.

“Violets are blue?” she offered with a smile, arching her back so that her ass, barely covered by the scandalously short indigo dress, swayed temptingly before him.

“Tonight, I’m going to get inside of you,” he finished in a low growl that sent a lick of energy down the length of her spine. “In a different way.” She felt his strong hands squeeze her hips as he pulled her more firmly against him.

“Definitely sexier than a box of chocolates,” she said with a wink.

She slid upward on the bed, resting on her elbows as she softly bent her knees. Tilting her face upward, she ran the tip of her tongue along her lips. The hem of her dress settled around her hips, revealing that she’d worn no panties that night. It was an irresistible invitation.

His lips and tongue played over her thighs, breathing heat into her skin as he held the small vibrating toy against her clitoris, letting it tease her until she was breathing faster. It was small but powerful and when he finally pushed it inside her, it seemed to follow her natural curves until the gently rounded head was pressed firmly against her G-spot.

Without letting her rest for long, he turned it up to a higher rolling vibrational pitch. Her upper body fell back against the bed and her fingers gripped the sheets on both sides. He used a hand to push down on her lower pelvis, intensifying the pressure of the toy as it hummed against her sweet spot.

Indeed, the pressure was mounting to an almost unbearable level. The sensations were unexpected. She could feel the rhythmic contractions building as he leaned over to place his lips next to her ear, urging her to let go.

The head of the toy was moving vigorously against her g-spot, pressing and massaging. He teased the soft skin along her neck with his tongue, until her hips were lifting off the bed and a long sob of pleasure rose in her throat.

Rather than the familiar clitoral orgasms she was used to, this climax moved through her entire body like white hot heat, rolling, blossoming, and reducing her to a state of pure abandon. The little gush of juices between her quivering thighs only served to excite him, like an elixir, as though it was a promise of more passion to come.

Better than roses or chocolates or trinkets soon forgotten, this was something she knew she’d want again and again. 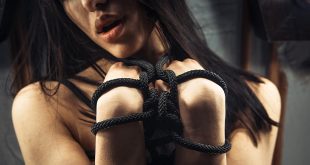 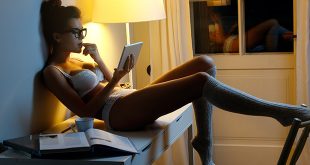