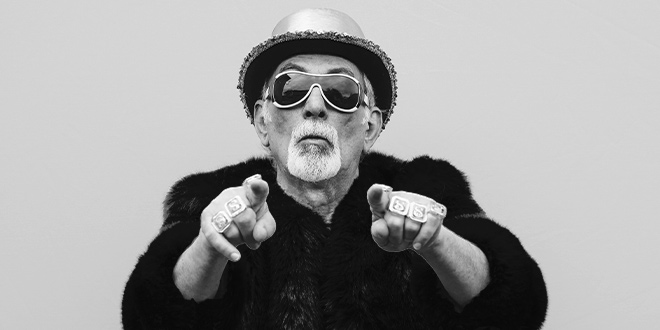 This article was written by Dr. Justin Lehmiller.

This is all perfectly normal.

However, the ways in which penises fail to cooperate with their owners depends to some extent on age. Specifically, when men are younger, they tend to have more of the unwanted kind—you know, the erections that pop up in the middle of, say, school or religious services.

By contrast, when men get older, those kinds of experiences tend to become less frequent, whereas the experience of not being able to get an erection on command becomes more common.  When this becomes a persistent problem that starts getting in the way of your sex life, it becomes known as erectile dysfunction.

What is Erectile Dysfunction?

According to the DSM-5, erectile dysfunction (also known as erectile disorder) is diagnosed when one has a recurrent inability to get or keep an erection sufficient for partnered sex. Symptoms must be present 75% or more of the time that one attempts sexual activity for a period of at least six months, and it must contribute to psychological distress and/or create relationship problems.

As you can see, the bar is set pretty high—and that’s precisely because it’s normal to have occasional erectile issues.

At What Age Does Erectile Dysfunction Tend to Occur?

Erectile dysfunction is something that can potentially occur at any age because it has many potential causes (see below); however, it tends to be most common among older men, especially those age 65 and up.

The severity of erectile dysfunction varies considerably from man to man. Some may experience a complete inability to get an erection, whereas others may still get erections from time to time or only in certain situations, or their erections may not be as full as they used to be.

Erectile dysfunction has multiple causes. Like most sexual difficulties, the contributors can be biological, psychological, and/or relationship-based.

Physical causes of erectile difficulties include many chronic illnesses, especially those that impact cardiovascular functioning or blood flow, such as heart disease and diabetes. However, erectile functioning can also be negatively impacted by prostate issues, obesity, long-term alcohol abuse or smoking, hormonal disorders or disruptions (e.g., decreased testosterone), and medication side effects.

To Fix the Problem, It’s Important to Identify the Source

In terms of dealing with erectile dysfunction, the most important first step is figuring out the cause. This is best determined with a thorough medical evaluation by your healthcare provider. So, if you’re experiencing persistent erectile issues, see your doctor. This is important not just for fixing the problem, but also because erectile dysfunction can sometimes be an early warning sign of heart problems.

That said, a handy way to tell if the issue might be more physical vs. psychological is whether you’re still getting erections at night. Men typically get 4-5 erections per night as they enter certain sleep cycles, which is why men often wake up with “morning wood.” If you’ve noticed that you no longer seem to get erections at night and you’re not getting them during waking hours either, that’s usually a good indicator of a primarily physical cause.

Self-Help Tips For Getting Erections as You Age

Older men who develop erectile issues are definitely not alone—this is a common experience, and the older you get, the more likely you are to experience this. Fortunately, however, it’s quite treatable.

There are a lot of things men can do on their own—and/or with their partners—to improve erectile function; however, these self-help tips are likely to be more helpful for those who have less serious cases and who are otherwise reasonably healthy.

First, lifestyle changes can help with erection strength. Research has shown that a combination of diet and exercise can actually reverse some cases of erectile dysfunction. In other words, by taking care of your overall physical health, you can potentially improve penile health.

As part of these lifestyle changes, also consider the roles of tobacco and alcohol. Quitting smoking and cutting back on booze can also help to improve erection quality. While many people use alcohol in particular as an aphrodisiac, it’s important to recognize that when consumed in large quantities, alcohol can make erections harder to get and maintain.

Second, stress-management tools, such as mindfulness training, can also be potentially helpful. Research has shown that learning to tune into your senses and tune out distractions can improve erectile functioning for men who experience situational erectile issues.

Lastly, don’t hide the issue from your partner. Not communicating about the problem can lead to conflict or withdrawal that ends up exacerbating the issue. If you bring your partner into the conversation, you can potentially work together on a solution. For older men especially, this might involve spending more time to build arousal, incorporating more novel activities that heighten sexual excitement, using sexual toys or aides that can make it easier to maintain an erection (such as cock rings or penis pumps), or exploring different ways of being sexual and intimate together when the penis isn’t doing what you want it to.

Self-help is where a lot of men start, but it’s not always enough, depending on the cause of their erectile issues and how serious they are.

Sometimes, medication is the answer. There are multiple pills available that can make it easier to get and maintain erections, with the most well-known being sildenafil (Viagra). However, there are several other options available, some of which have longer-lasting effects and different side-effect profiles. It’s important to talk to your doctor to find out which one is right for you.

There are also some injectable drugs that have similar effects to these medications, but can offer a near instantaneous erection. This option works for some men, but it carries a greater risk of priapism (a painful erection that won’t go away on its own after a couple of hours, which is a medical emergency that requires urgent treatment).

If all else fails, yet another option is a penile implant. This is considered a last-line treatment and is only used in cases where no other method works and erections are impossible. There are a few different forms this can take, including an inflatable mechanism (so that you can go from flaccid to erect) as well as bendable rods (which make the penis constantly firm).

Erectile issues are common, and they get more frequent with age, especially for men in the 65+ age group. Fortunately, a wide range of solutions are available. However, it is important to work with your healthcare provider to identify the cause of any persistent erectile issues so that you can find the most appropriate treatment.