Erectile Dysfunction: What to Do (and Not Do) if You’re Experiencing It

The phrase ‘erectile dysfunction’ often conjures up imagery from pharmaceutical commercials, with smiling couples of 65+whistling as they grab the paper in the morning, yet while difficulties achieving or maintaining an erection steadily increases after the age of 50, there are reports that it is affecting an increasing number of men in their 20s and 30s―and is experienced by some nearly 30 million men in the United States.

Like many aspects of sexual health, stigma and embarrassment can prevent people from being open about their condition or even talking to their doctor about it. Here, we look at what exactly ED is, and what to do if you think you might have it.

What Erectile Dysfunction is and What Can Cause It

Sometimes referred to as impotency, erectile dysfunction is the inability to become erect or to maintain an erection.

There are myriad of reasons why it might happen to someone of any age, there are 2 basic categories of causes: physical and psychological. In terms of the occasional episode of ED (which is quite normal) it is usually due to psychological reasons such as nervousness or performance anxiety. Someone might also have trouble keeping themselves erect if they’ve hard to much to drink―colloquially known as ‘whisky dick’ or ‘brewer’s droop’.

Consistent episodes of ED may also have psychological causes, such as stress or depression, but particularly as you age, erectile dysfunction may be a symptom of a more serious underlying health problem, such prostatitis, diabetes, hypertension or other serious cardiovascular conditions. Again, while more commonly occurring as people age, ED is not a normal part of aging.

At any age, another factor that may contribute to difficulty getting hard is physical trauma, which―among certain masturbatory habits such as an ‘iron grip’―can be caused by sports injuries or even by sexual injuries, which is why ‘receiver on top’ is considered one of the riskier sexual positions.

What Not to Do About it

While it might seem like a good idea to try having sex while at half-mast to get started, you risk ‘breaking’ your penis―a real thing called Peyronie’s Disease. It is caused by scar tissue within the penis that can cause it to bend permanently, which may also be accompanied by pain. (Penises do come in different shapes and if your penis has always been curved and you’ve never experienced pain, you’re likely fine.)

Perhaps you know a friend who is taking ‘the little blue pill’ and figure it’s worth a try. It’s important however, to talk to your doctor before trying any  medication, as there are a lot of drug interferences and serious side effects to many common impotency medications. Additionally, while it may solve your immediate problem, it won’t help with what might be a serious underlying issue.

While we, as a society, tie a lot of our self-esteem to our sexual performance, not talking to your partner is very likely to cause a larger rift between you. When you show a sudden change in behavior (any sudden change, but say, for example, not wanting to have sex as you did before) without an explanation, your partner is apt to imagine all sorts of worst-case scenarios, from an affair to a lack of attraction. It’s best to be honest as you would any other medical or sexual topic, and work on finding a way to work through it together, both in supporting each other if medical intervention is necessary, and finding other ways to be intimate with each other.

What to Do About It

Cardiovascular health has been tied strongly to erectile dysfunction, with a Mayo Clinic study showing that “in men diagnosed with ED before the age of 55 are at a greater risk for experiencing a cardiovascular event within the next 2 to 5 years.”

Those who smoke are about twice as likely to develop erectile difficulties than non-smokers (and anecdotally, many that smoke something other than tobacco often also experience more instances of ED). There is also a reported higher incidence of long-term impotency with those who are dependent on alcohol, though the exact link is not clear.

As explained above, there are many, many reasons why you might be having trouble getting an erection, and it’s important to seek medical attention if it’s affecting your sex life―no matter how embarrassing it might seem―not only to try and seek a solution, but also to head off any other more serious health issues that might be brewing.

You can learn more about erectile dysfunction here. 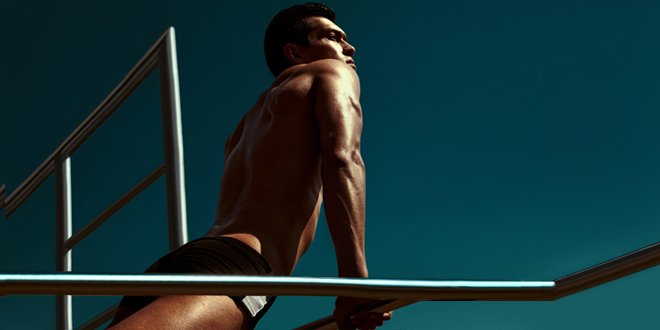