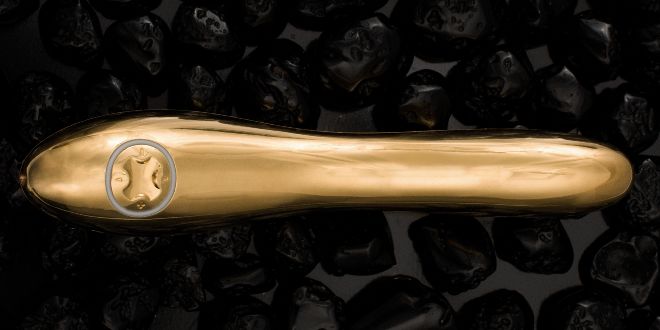 [box type=”shadow” align=”aligncenter” class=”” width=”660″]“The Lelo Inez has been around for nearly a decade, though it only started making headlines in 2016, after Gwenyth Paltrow’s lifestyle blog, GOOP, featured it in a roundup of sex toys. The Inez is part of Lelo’s Luxe line. Other products in the line include a set of $3,090 gold Ben Wa balls, and a few other 24K gold plated options.

All luxury aside, the case for gold sex toys isn’t so crazy. Gold has many unique properties that make it useful for non-aesthetic reasons as well. In fact, even NASA uses gold reflectors on their satellites and other spacecraft.”