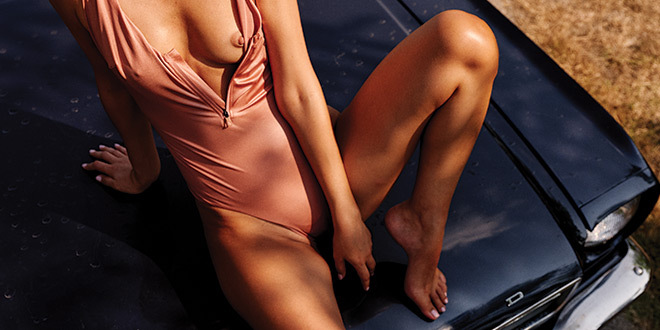 It’s true that too much of a good thing can be bad for us, but when it comes to orgasms, we believe that the sky is the limit. And given people within the medical community claim that at least 200 orgasms a year is good for your health, there’s no reason not to try and have as many as your body will allow!

One caveat before we start talking about multiple orgasms — there is actually very little scientific research on this topic, mostly because research on female anatomy is simply… behind. Luckily, this is changing and we’ll do our best to address it objectively.

What are multiple orgasms?

The difference is that if you have a couple of hours, a person’s genital physical arousal, which increases as we get more aroused and peaks at  orgasm, has enough time to drop all the way down to almost baseline then build up from scratch for the subsequent orgasm. Whereas if it’s over the course of a few minutes, the arousal dips only slightly after the first orgasm and then oscillates a little bit with each subsequent orgasm. And physically speaking these are two very distinct phenomena.

Not every woman experiences regular multiple orgasms, but ben wa balls or products like  LELO Smart Bead™, can certainly help train and better understand your pelvic floor muscles. If you can reach one orgasm per sexual encounter, having more is potentially within your grasp. You don’t need us to tell you that multiplying your orgasms is a handy trick to have mastered for an extra-special sensual situation.

Slow Down & Get Comfortable

One of the secrets to achieving orgasms in general, let alone a number of them in one session, is your comfort. Make sure your immediate surroundings are optimal for orgasms – and if that means simply tidying up, then by all means do it.

Once everything’s in place, take your time to tease yourself to the point that you really want to have sex. Build that intensity, getting right to the point of climax and then stop. Do this once or twice to heighten the intensity while preparing your body for multiple pleasures.

Now that you’re thinking about more than one orgasm – stop thinking about it! Avoid going into your lovemaking session with a goal-oriented mindset; forget about your O and just focus on what feels good – more often than not, the rest will follow.

Vary the Technique, Not the Focus

You know how you take your pleasure, and whether G-spot stimulation or clitoral massage is what gets you off, go with what you know.

After your first orgasm is achieved, switch up the method, but not the focus area. For instance, if you just climaxed via clitoral stimulation, continue that kind of massage, but change sexual positions or the massage stroke and pressure you just climaxed with.

As with everything sex related, however, communication is key for this tip.

Make sure you’re in tip-top shape down there by keeping your kegels tight and toned, because when you break it down, your orgasm is actually an intense contraction of your pelvic floor muscles. Keeping them strong will increase blood flow to your nether areas and make repeated muscle contractions possible, so get started on your personal pelvic fitness routine.

Now to answer some commonly asked questions about multiple orgasms:

How many women are multi-orgasmic?

Some smaller studies of college students, nurses, and other groups of women find that about 40-50% report having multiple orgasms at least sometimes. However, we don’t have nationally representative studies to give us really relevant numbers.

Absolutely! All orgasms are a little bit different. And when it comes to multiple orgasms, people sometimes report that the first one might be the strongest and the other ones are a little less intense. Sometimes it’s the opposite pattern, with each subsequent orgasm getting stronger and stronger.

Should we use sex toys to have multiple orgasm during sex?

Which is the best way to stimulate multiple orgasms in my partner?

Is there a limit to how many orgasms you can have in a row?

Well we all have different limits of course. But the highest number of recorded orgasms in a research lab setting was 134 in one hour for a woman and 6 ejaculatory orgasms in 3 minutes for a man.

HOW?!?! One leaves me so sensitive down there that I don’t know how to even try multiplying.

Post-orgasm hypersensitivity is a very common experience for clit-owners. In that case, if you want to attempt to have multiple orgasms, you might want to give the clit a chance to recover by not stimulating the area for a while or by providing more diffused pressure, like whole-hand pressure-type stimulation.

According to Carlyle Jansen of Good for Her this doesn’t mean that multiple orgasms are beyond your reach. Check out her expert advice below for dealing with this situation.

The clitoris is generally ultra-sensitive in the moment of heightened arousal (as is the head of most penises), but the mistake that many of us make at the point of orgasm is to stop all stimulation, not only of the clitoris, but of all of our erogenous zones. We stop dead in our tracks while the waves of pleasure wash over us.

If this path of pleasure resonates for you―as well as the desire to have multiple orgasms, there are techniques to enhance this pleasure. The key is that we need to keep the intensity going right after the climax in order to have another clitoral orgasm. It requires that we change our sexual routine and continue some stimulation to keep the arousal high rather than letting it drop completely. Of course, our clitoris does not want any more intensity. But there are other spots to stimulate that are more indirect.

Enter the vestibular bulbs. These (very sexy sounding) vestibular bulbs are a perfect region to pleasure that pretty much always enjoy some touch, regardless of level of arousal. Even when you are just getting going, when a hard tongue, finger or toy on the clit makes you go “ow!”, the same stimulation on the vestibular bulbs usually produces more of a “wow!”  This is a fabulous spot for pleasure just about any time. 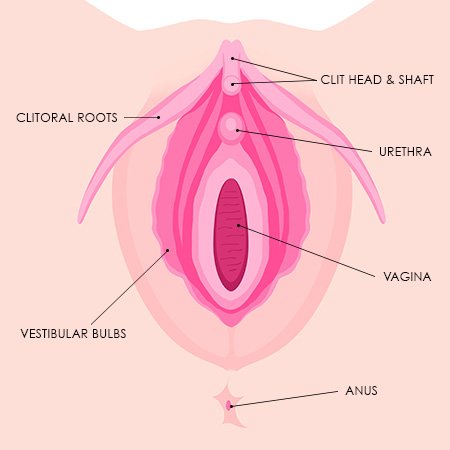 You can use a fair bit of pressure, running from the side of the clitoris (don’t get too close if it is sensitive) down following the length of the labia to the outside of the vagina. Two fingers, toys or tongues or a combination thereof is even better, each accessing one side. Again, this area will feel great whether you are not aroused, very aroused or post orgasm.

The key to having multiple orgasms then, is to return to the vestibular bulbs quickly post orgasm (or another erogenous zone such as the butt or breasts, etc that is also not sensitive at that time). As soon as the clitoris becomes sensitive during or after an orgasm, continue the pleasure by moving away from the clitoris. Stimulate the vestibular bulbs (or another area that keeps you aroused).

You’ll probably notice that your pleasure levels will plateau for up to one minute. It won’t feel uncomfortable as clitoral stimulation generally does at that point, and it probably won’t increase your arousal either: it will just keep it stable or feel neutral for that short period of time.

That is totally fine: be present to enjoying the post-orgasmic bliss that is also happening as opposed to focusing on the goal of immediately reaching another orgasm. After that short minute, your arousal might start to build again, and won’t be resuming from the bottom―it will start from a much higher point because of the continuous pleasure.

With your level of arousal higher, you might soon feel the desire to resume more intense stimulation and find yourself revisiting the clitoris. As long as it feels great, go for it. Savor the ride as you enjoy similar or different kinds of strokes that you did during the first rise to climax. As the pleasure builds, the next orgasm might very well be right around the corner!

We’ll give our final piece of advice in the form of a well-known nursery rhyme about searching for multiple orgasms:

‘Whether you have one, a ton, or even none,

Trying to multiply your orgasms is always fun!’