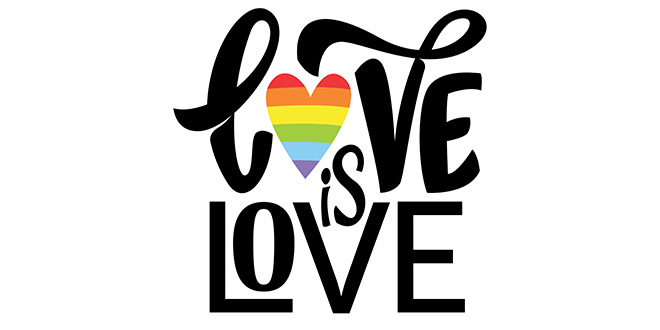 Images of Madonna filled your mind as you jerked it in high school, but you sincerely had no idea that you were a lesbian. Lesbian—it couldn’t possibly refer to you. Lesbian conjured images of unattractive women that looked nothing like you. Growing up in the 1980s, you assumed you were straight. You dated and had sex with boys. Yet while alone with your thoughts, women often inhabited your mind, especially Madonna.

You liked women—admired them, looked up to them, you thought they were sexy. Naomi on the varsity field hockey team made your heart flutter whenever she spoke to you. She was bad-ass and sexy with her long, wavy hair and Doc Martens. You didn’t realize those were the first indications that your heart bent toward the female gender. It was only after high school that you began to allow yourself to admit that you might be bisexual. Freshman year of college, in NYC, remember when your friend from the 12-step support group lay in bed beside you one night, and you wanted her, but were way too scared to make a move? You were 17.

Within a year of starting college, you became a born-again Christian. You were taught that to follow God meant a choice of two lives: marrying a man or staying single. You believed it when they said, “God will heal you of your sinful desires.” You actually came to believe it was sinful to crave a women’s touch. So, you married a kind man with beautiful flowing hair. You thought this would take care of the “problem” of your sexuality for good. You had been bisexual, but now you were all better. This marriage would save you from a difficult life. Or so you thought.

Over the years, the church’s teachings on sexuality all but put out the flame of desire in your body and mind. You were taught that lust and self-pleasuring were sins. Sex became a routine obligation of marriage, not a celebration of life. Kissing was distasteful to you. Something was wrong.

You left the country, left the Christians behind, and opened up to a new kind of life—a life where you once-again felt desire. In this new chapter of your life, you gradually shed religious beliefs and embraced secularism as a path to freedom from judgment. Aahhhh… You were reconnected with the power and vitality of lust. Music beat through your veins. Paula Cole’s lyrics inspired you as you walked to work in the morning, full of life:

Amen for our mothers,  for the lust to fuck

You wanted sex again, and you wanted it with women. You were aroused by watching videos of women together. At age thirty-two, you enjoyed a sexual renaissance of sorts—the one year of your thirteen-year marriage with satisfying sex. You felt alive. You wanted to look hot, flirt with women, and maybe even hook up with someone… but you were married. He was not okay with you having a fling with someone else. You were in love with him, and even if your mind wandered toward Sapphic adventure, you stayed. You decided to have a child together.

A few years later, you separated. At this point, you were still wondering how it would feel to be touched by a woman. You penned this haiku:

After the divorce, you were out on the prowl. You wanted to know what it meant to love a woman. You met Sepi standing in line to see Margaret Cho, and struck up a conversation discovering you’d both lived abroad. Sepi was hot. When you finally got to kiss her,  it blew your mind. She inspired this poem:

Her smooth lips and tongue

You had never kissed someone like that before, and you were thirty-eight years old. This kiss, more than anything else, made you fall in love with Sepi. For several months afterward, you followed her around like a puppy until you came to your senses. That was ten years ago; she will live in your memory forever because of this kiss.

Krisi, I’m so glad you took this journey. Becoming a more authentic person has transformed your life. You have learned to love yourself. There are no more secrets; there is no shame. You are a generative earth mother, shining a light from your heart, dancing in the rain, and longboarding down the lane.

I leave you, younger Krisi, with a word of thanks. Thank you for being brave enough to pursue your authentic path. Your decision has made life richer and more interesting for you and those you love.