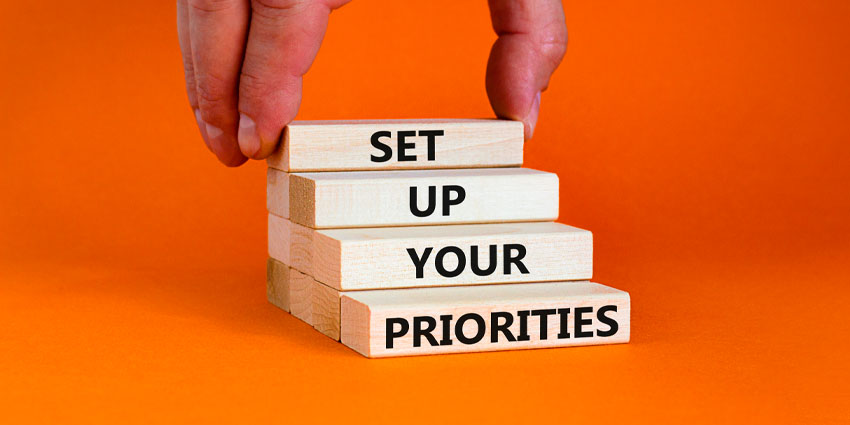 When is Your Pleasure NOT a Priority? Situations When You Need to Put Your Partner First

Hold up that sex-positive train for just a minute, folks! While you absolutely deserve all the orgasms in the world, there are some exceptions to the otherwise awesome thread of sexual self-realization happening right now.

Though we, as a sex toy brand, are fully in support of the whole ‘your pleasure is a priority’ movement that’s happening within the sexual wellness space, that statement doesn’t always apply when another person is involved.

While the following list of potential partner sex scenarios is far from exhaustive, these 4 examples represent major situations that require you to place your partner’s comfort and wellness over getting your rocks off.

When a Partner was Previously Abused or Traumatized

People generally think of enormous, instantly life-changing, or even emergency-level events when they hear words like ‘trauma’ or ‘abuse,’ but traumatic events don’t need to be singular, huge, or even illegal to inflict harm.

Yourself or a partner could come away traumatized from seemingly simple instances related to sex, like being continuously shamed for needing lubricant to relieve vaginal dryness to being obligated into having sex with a partner when you really don’t want to.

Trauma and abuse could also mean being manipulated into doing uncomfortable things in bed under the threat of a break-up or gas lit into believing that one’s mental health issues aren’t real.

Whatever the case, past trauma – even if it wasn’t directly sexual, believe it or not – can cause a multitude of stressors and triggers that pop up during sex. Sometimes even the most typical, vanilla of sex acts, like performing oral sex on a partner or having intercourse in the missionary position, can feel overwhelming and scary for a person who’s carrying trauma.

When a partner communicates that something isn’t working in bed, no matter the reason, the number-one thing to do is believe them. Listen to their concerns, adjust your sexual activity to fit their current mental state, and go slow and gentle every step of the way.

In some cases, it might even be best to take the more intense aspects of sexual intimacy, like penetrative intercourse, off the table for the time being. Then work together to figure out your next steps, such as seeing a therapist either together or separately, or focusing on other kinds of intimate acts, like massage and gentle touch, until your partner is ready to move forward.

When Certain Sex Acts are Intensely Uncomfortable or Painful

Even if your partner has little to no past trauma that effects your sex life and they are able to pleasurably engage in most average types of sex, they may still be unable to meet all of your sexual needs.

If modern sex therapy attitudes have taught us anything, it’s that you should both come to the bedroom with zero expectations unless you’ve explicitly communicated what you need from a sexual partner before assuming they’ll be down for it. Your partner isn’t a robot that can simply fulfill your every fantasy regardless of how it makes them feel, and that extends to physical feelings, too.

While a partner may not have any mental blocks, certain sex acts can still potentially cause physical pain.

Depending on your partner’s pain tolerance and preference for rough sex, they might even find penetration uncomfortable altogether, or dislike the physical feeling of being fingered, given oral sex, or having their nipples pinched.

In the end, it really doesn’t matter how ‘average’ or ‘extreme’ your sexual desires may be. It’s downright abusive to force a partner to endure mental or physical pain in the name of your own desires.

When a Fetish or Kink Causes Trauma to a Partner

Kinky sex and fetishes can run the gamut from the most basic, like donning a blindfold during sex, to more physically and mentally taxing (and often pleasurable) activities, like elaborate rope bondage or forced orgasm play.

Similar to the two points explained above, kinky sex and fetish play can bring ultimate joy and fulfillment to those who are aroused by them, but forcing either kind of activity on someone who isn’t game can cause severe stress and trauma.

In the fetish world, consent is key whenever kinky or fetish-based sex occurs. In fact, kink and fetish play aren’t even initiated without full, enthusiastic consent from all involved.

So what does this actually mean? Giving your consent means happily agreeing to all sexual activities that you and a partner (or a hook-up, or a multi-partner play scene, etc) decide to do. This often looks like clearly communicating which kind of sex acts you’re both really excited to try, which acts you’re hesitant about and and might want to stop, and which sex acts either or both of you are completely off limits.

When you actually get down to the playing part, you’ll both need to have full control over how long each type of sex act continues. Whenever someone says ‘stop’ or ‘I need a break for now,’ that’s that. You do exactly as the other partner has asked.

Most kinky couples agree to use a safe word to signal when they want a sex act to completely cease. If, for example, your safe word is ‘banana’ and your partner yells it out as they’re being tied up, you immediately remove all rope and make sure your partner feels safe and understood.

Make no mistake: fetish and kink play that does not involve full consent and control from everyone involved is considered abuse. Period.

If you have a kink or a fetish that you know you cannot live without, you’ll need to communicate this with a partner as soon as you become sexually active together, or you could wind up traumatizing them with a sex act that causes mental distress or physical pain.

In the worst of worse case scenarios, forcing or manipulating a partner into sex acts that cause mental and/or physical trauma can lead to sexual aversion disorder.

Over time, their brains become conditioned to the idea that sex leads to pain and discomfort, making it almost impossible to engage in any kind of sex. Some people will even avoid all physical contact with a partner, as the stress of affection eventually leading to sex is too much to bear.

No matter how seemingly simple or ‘normal’ your sexual needs might be (at least to you), placing these expectations on a partner and then, one way or another, forcing your partner to do whatever you want in bed can have dire consequences on their mental health and your relationship.

It doesn’t matter how much you need certain sex acts or real-life fantasies in order to have the sex life you want. It doesn’t even matter if you feel you can’t live without acting out your kink or fetish with your long-term partner.

If there are certain things you absolutely need in the bedroom to be happy, and you refuse to live a life without these things, you must be up-front about it. Don’t let a partner fall for you, start to build a life together, and then decide that if they want the relationship to continue, they’ll have to sexually suffer to avoid a break-up.

In conclusion, this is why it’s SO important to discuss your sexual desires as early as possible in the relationship, and then decide whether or not you two can make it work in the bedroom. The longer you wait, the easier you’ll find yourself being pressured – or possibly, whether intentionally or not, doing the pressuring – into pushing past your boundaries.

Remember, sex doesn’t have to be everything in a relationship, but life will be a lot easier if you’re both in agreement about the general outlook of your shared sexual future.