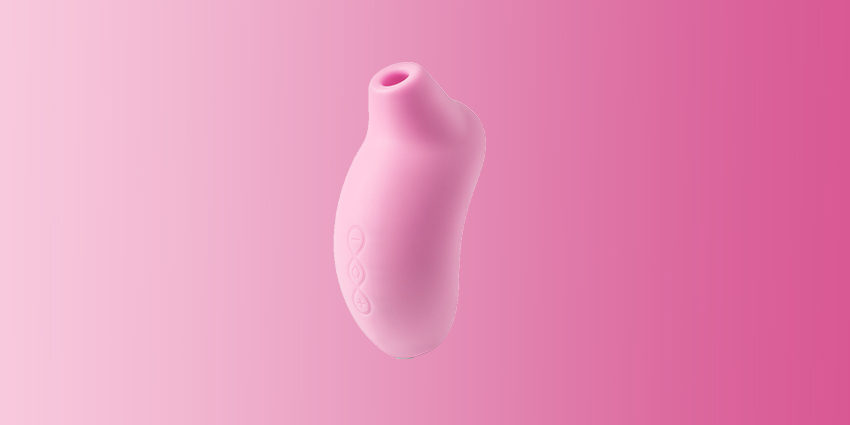 When we launched SONA – the very first sonic clitoral massager – we knew we’d garner some attention, but we were overwhelmed by the response!

With any new product, particularly one featuring new sex toy technology like SONA Cruise, it’s bound to pique curiosity. Here’s we’ve gathered the most thorough product reviews of LELO SONA to help you decide if it’s right for you!

This Sex Toy Gave Me a Totally New Kind of Orgasm

“Basically, you’re orgasming whether you’re ready or not, and once again, I sat there stunned that it only took about three minutes.

It was the fastest orgasm I’ve ever had, while feeling as gratifying and forceful as one that built up for a long time. “Woah, already???” my boyfriend blinked about a minute after I hit the button.

The fact that this worked so easily is a major game-changer.”

Well, guess what? Screw the routine.

First up, I have to say that there’s a distinct advantage to coddling your clit with blasts of air rather than vibration: It never, ever does that thing where it retreats and is like “don’t touch me, that’s enough.” You are more likely to wear yourself out or be forced to, like, get up and go to work long before that happens. Trust me on this. Your friends may have to stage an intervention.

Now, for the most part, SONA is designed to be used by hovering it just over the skin without actually applying pressure. But for me, pressure felt amaaazing.”

“The sonic waves are very interesting!! It feels as though air is being pushed out of the spout, but it’s actually the force of the vibrations from the hole! In use, it really has an impact, and actually it could work for me in minutes!

The toy is useful on other areas of the body too, and I’ve since found a decent balance of using the lower settings on the clitoris and higher on the nipples. It really reminds me of the Smart Wand in comparison with intensity. So if you find you need more in the way of  clitoral stimulation than any other toy you’ve tried, I’d definitely give this a go.”

“As a frequent masturbator, I thought I had mastered the art of the silent orgasm, so as not to disturb my neighbours, of course. Despite this, SONA made me scream out loud in ecstasy.

Its shape means that in addition to the nozzle that comes into contact with the body, around the clitoral hood, some parts of the toy are in contact with the vulva, allowing you to appreciate some residual ripples of pleasure. I can even appreciate it against my pubic bone, which feels divine.”

And if we want to revisit that whole not-touching-your-body part, it’s not just cool – it’s also useful during sex or anytime you want multiple orgasms. When the clit doesn’t come in contact with the toy itself, it doesn’t oversensitize immediately following an orgasm. Neat, huh?”

“So many sex toys must be made by men because the clitoris is as under-served as ever. The Lelo Sona changes the dynamic entirely by focusing only on clitoral stimulation and it’s made me gush entire geysers at a time.

The Lelo Sona is without a doubt one of my top favorite vibrators and holds a special place in my sex toy collection.”

It took me a couple times to find my groove with this toy but now I’m obsessed. It makes orgasms almost too easy. I used to only be able to squirt with a couple partners but this can get the job done.

How To Use SONA & SONA Cruise