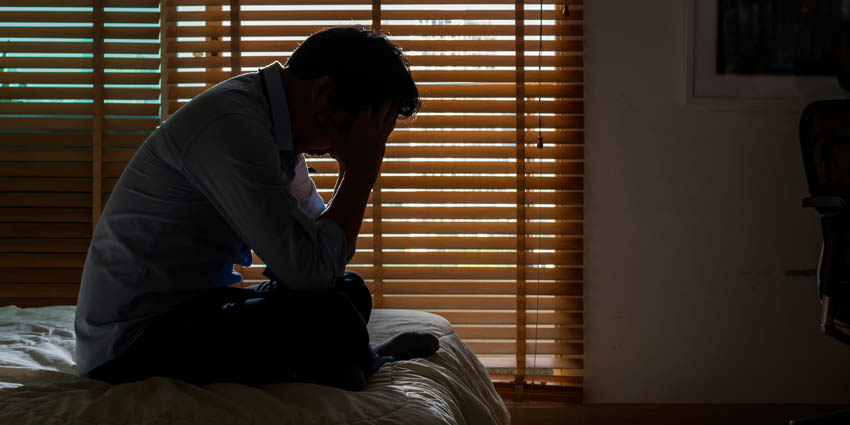 Did you know that there’s an actual term for on-again, off-again relationships? It’s called ‘relationship cycling’, and encompasses people who have broken up and gotten back together with their romantic partner one or more times.

So today, we’re going to zone in on this study, and bring to light the ways in which anyone has the capability of suffering when they experience relationship cycling.

We’ll also look at some of the most common reasons why couples tend to go through the experience of on-again, off-again relationships.

The average age was 35, the average length of the relationship was seven years, and 42 percent of these couples had children.

So while there was variation in the participants, they all had something in common: they were going through the motions in an on-again, off-again relationship. The study then aimed to look at their symptoms of depression and anxiety over a period of 15 months.

The results? This kind of dating behavior, was, in fact, associated with psychological distress and change in distress over time.

To reach a conclusion, the researchers looked at things such as:

What’s also interesting about this study, is that it found that higher levels of breaking up and getting back together were linked to even lower relationship satisfaction overall.

So, on top of feelings of anxiety and depression, the relationship itself may be worse the second, third, fourth etc. time around. Adversely, when two people are in a healthy romantic relationship, it can aid in better physical and mental health.

In other words, the research found that “the more frequent participants broke up and renewed, the more distress symptoms they reported at baseline and over time”.

Why Does Relationship Cycling Cause Psychological Distress?

Mostly, the whole ordeal of breaking up and getting back together, regardless of circumstances, brings about a feeling of disruption and uncertainty.

It gives individuals the experience of going from relative stability where they learn to adapt, change roles, identities, and circumstances, to a period of transition, which can be entirely disruptive.

For example, when partners break up, not only does it impact an individual’s relationship status, but also their life, such as goals, everyday events and tasks, and bigger life happenings. It’s often associated with chaos, instability, uncertainty, and inability to make future plans.

There’s also a period of volatility towards partners during a break up, which can affect individuals in other spheres of their lives.

So why do individuals tend to go through relationship cycling? Why are there couples out there who continue to break up and get back together, even if it seems as though their relationship is doomed?

Well, there’s the aspect of lingering feelings, yes, but heavier than that, couples may have shared responsibilities, such as having children, joint bank accounts, pets, and assets.

Having said that, professionals recommend that it’s better to either end a relationship that’s going through relationship cycling, permanently, or to work hard to stabilise the relationship.

In the latter, they suggest doing so only if it feels as if there is a real possibility of creating stability.

Studies aside, why do couples tend to experience relationship cycling?

Common Causes As to Why Couples Experience Relationship Cycling

Imbalance: it may be hard to attain goals or satisfy the demands of your life whilst in a relationship. However, you still care about your partner. So, you call it quits for a certain period of time before getting back together again.

Incompatibility: the chemistry may be undeniable, but when it comes down to bigger things in life, you may tend to have different views and opinions. Major issues, like rarely agreeing on anything, may push you apart, but it’s the chemistry that tends to pull you back in.

Uncertainty: the fun is there, but the relationship itself may not stimulate you or give you what you feel you need. Then, once you break up, you tend to miss that person, which could inevitably bring you both back together. In the same token, someone may feel as though the grass is greener on the other side, so they date other people, only to find that the grass was, in fact, not greener.

Lack of Communication: when things are good, they’re good. But when it comes down to communicating about the bigger things, maybe you or your partner aren’t very good at expressing yourself. So, instead of talking things through, you avoid the issue and break up.

History: for partners who’ve been together for a certain amount of time, it seems almost impossible to envision themselves with someone else. Many don’t want to feel as though they wasted a lot of time putting in the effort with one partner, so they break up and get back together, instead of starting something new with someone else.

However, in essence, every relationship is unique. This study has merely given us insight into how on-again, off-again relationships can affect our mental health.

So, if you’re experiencing relationship cycling, yet feel as though your relationship is worth saving, perhaps visiting a professional is a great idea? At the very least, some deep introspection will be helpful.