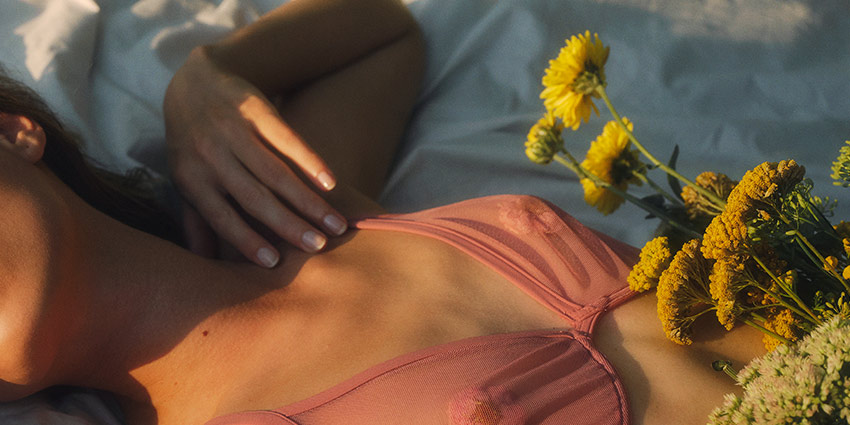 What in the World are “Skin” Orgasms?

Many of us know what a genital orgasm is, some may know more about other kinds of orgasms like tantric or energy orgasms, or even reaching climax without any stimulation at all. But have you ever heard of a skin orgasm?

Interestingly, the chances of you experiencing a skin orgasm are high. There’s even a name for it, frisson, and a huge following surrounding it.

So, as we discover more about skin orgasms together, you’ll learn that this occurrence actually has a lot to say about your personality and your brain. Intrigued?

What is a Skin Orgasm aka Frisson?

A skin orgasm refers to the sensation you get when a piece of art, such as a song, film, painting, dance, or even book, moves you so deeply that you actually experience a physical reaction.

The technical word for it, frisson, comes from a French term that means “to shiver”. And while there is some research on it and why it occurs, some still find it quite a mystery as to why some experience it and others don’t.

Research has found that those who do experience skin orgasms have a powerful character trait and neurological wiring that sets them apart from others.

A skin orgasm has been described as a wave of pleasure overcoming one’s body, coursing the skin like an orgasm. A positive motion of sensations moving up the back in rapid succession, like shivers down one’s spine.

It’s an involuntary physical reaction that music psychologists Psyche Loui and Luke Harrison describe as “a pleasurable sensation that is paradoxically both universal and variable”.

Some describe it as tingling of the skin and experiencing chills, and sometimes, it’s accompanied with goosebumps and dilation of the pupils. Why does this happen? It all has to do with one’s reward system and their sympathetic nervous system, respectively.

With the reward system, it’s the nucleus accumbens, orbitofrontal cortex, and insular cortex (known as the ‘hedonistic spots’), which is the region responsible for producing pleasure cognition.

And it’s been shown with the sympathetic nervous system that there is an increase in electrodermal activity during a skin orgasm. This is a galvanic skin response where the body exudes a continuous variation in the electrical characteristics of the skin.

Skin orgasms, or ‘frisson’, are very brief and usually last only a few seconds.

What Causes a Skin Orgasm?

Interestingly, while there is research on skin orgasms, it’s often been overlooked by researchers because it’s been associated with sex. And even though the word ‘orgasm’ is in the title, experiencing this is not sexual in nature. It does not involve the genitals at all, and the feeling is nothing like having a sexual orgasm.

Nevertheless, what’s been found is that a skin orgasm is triggered by an emotional reaction to an unexpected stimulus in the environment, particularly music. Things such as harmonies, sudden changes in volume, and the euphoric entrance of soloists often triggers frisson because it causes the listener to be surprised in a positive way.

For example, if a violinist suddenly plays a moving piece that builds up to a beautiful high note, the listener may find this climatic and feel emotionally-charged. In turn, this could cause a thrill due to the surprise and the execution of such a difficult piece.

A skin orgasm is more likely to occur when someone is paying close attention to the stimuli, but as we mentioned, it seems to occur in people with certain personality types and neurological wiring.

Cognitively, it may occur in those who have an active imagination, and those who tend to reflect deeply on their feelings.

Adversely however, a skin orgasm was more likely to be experienced by those who make mental predictions on how music will unfold or those who engage in musical imagery (like daydreaming) than those who have the components of ‘openness to experience’.

It’s someone who intellectually immerses themselves in music rather than allowing it to flow who has a bigger capacity to have a skin orgasm.

How Common Are Skin Orgasms?

Do you feel as though you’ve experienced a skin orgasm before? The chances are, you have.

This is because studies have revealed that between 55 to 86 percent of the population has felt the effects of a skin orgasm.

Does this Song Give you a Skin Orgasm?

Former doctoral candidate at USC, Matt Sachs, did a study and found that one song in particular induced a skin orgasm in 90 percent of the participants.

The song? Gimme Shelter by the Rolling Stones. Interestingly, it wasn’t the whole song that caused it, it was more so the backing vocals sung by Merry Clayton in acapella. Give the following song a listen and see how you feel at around two minutes, 10 seconds.

Sachs believes that the reason for this is because it has a high pitch, almost like a scream, which could indicate danger (based on evolution).

This scream-like sound almost always grabs our attention. But, after being startled, we become fully engaged, our brains realise that there isn’t any immediate danger, and we can begin to appreciate the beauty of the music.

And so, do you believe that you’re someone who experiences skin orgasms? And how did you react to Merry Clapton’s acapella? We’d love to know.