Gavin was glad to get home from work.  He wanted to change clothes, get a healthy shot of Captain Morgan, and kiss his very sexy wife.  He chuckled. In just that order too, because if he started out by kissing Lexy… well… Gavin sighed.  Just the thought of her could make him hard. He walked in the door and the soft aroma of vanilla candles filled the air.  “Baby Girl?” he called out, but she didn’t answer. Maybe she’d run down to the corner deli. He mused as he kicked off his shoes and padded toward the bedroom to change. He opened the bedroom door and stood very still.

Gavin took in the scene.  Lit candles were strategically placed around the room, casting a perfect balance between shadow and light.  Erotic music softly playing, the window open just enough to allow a gentle breeze and there, and by the bed… stood Lexy.  Moonlight softly framing her body. She looked at him seductively, head tilted to one side, her long blonde hair falling down over one eye, continuing in cascading waves down to her waist.  Her luscious full lips in a pout as she stared at him. “Hi baby…” Lexy purred in that low sultry voice that got to him every time.

When she lowered her lashes and bit her lower lip, he turned into boy jello.  Gavin exhaled slowly as he looked her up and down. “Hi, Lover” he managed weakly.  Lexy’s sheer hot pink babydoll nightie accentuated every curve. As he stared at her, a groan inadvertently slipped from his lips.

Lexy slowly walked toward him, drink in hand. She handed him the drink and pushed him down on the bed.  “you know, sometimes, I just want to fuck you, baby. Hot, raw, wild sex. We do that so well, don’t we?” She winked.  “However, other times, like right now, I just wanna go very, very slow-w-w-w. Giving you a slow ride and pleasuring you as only I can do.  So let’s get you put of these clothes.”

Lexy began undressing him. Gavin started to help but she pushed his hand away.  “Gavin, my lover… this is all me… so lay back baby… and relax.” Once undressed, she looked over his body with admiring eyes and then said, “Let’s restrain you…”  And with those three simple words, Gavin knew he was in for a wild ride. Lexy tied his wrists to the bed and set a blindfold down nearby. She then crawled up on the bed and starting at his right ear, slowly swirled her tongue on the outside then the inside of his ear.  Stopping only long enough to whisper all the little dirty things she was going to do to him.

Lexy’s fingers and tongue explored Gavins body, touching every place… but one.  Kissing him, everywhere… but one. Her long, silky, soft blonde hair tickling him, falling lightly on his body in feather like movements as she slowly slithered down. “I’m so hard, touch me… Lex… pleaseee.”  “No,” Lexy smiled, “not yet.” Then, she got up on her knees and straddled his body, sitting on his flat stomach. He looked at her… so beautiful. “Watch,” she instructed. He stared as she slipped one strap, then the other off her shoulders.  Her ample breasts rising and falling as she let her nightie fall to her waist. The candlelight hitting her breasts, highlighting her nipples that were now hard and erect. Gavin moaned and muttered, “ Oh Fuck-k-k” as Lexy removed her nightie, slipped off her panties, then raised up her body so that she straddled him while up on her knees.

“Baby girl is going to touch herself now.” And, she began… Her fingers caressing her breasts, making small circles around her nipples while she touched her pussy with her other hand.  All the time talking dirty to Gavin. Lexy watched as his chest started to rise and fall a little quicker, listened to his breathing becoming more labored. It turned her on. He wanted to touch her so bad! He watched her as her fingers started rubbing her clit faster, her breath coming in short little spurts, moaning. She suddenly arched her body and threw her head back as she made herself cum. Gavin almost came just watching his beautiful wife succumb to the orgasm.

Lexy smiled at Gavin then slid down so that her pussy touched the edge of his groin, without touching him. “Please Lex.” “Not until you are good and ready. Not until ONE flick of my tongue makes you cum, over and over.” “I’m going to make you whimper… moan… and growl because you so badly want me to touch you there. I’m going to slowly slip between your legs… you watching as your cock leans towards me…. yearning for my touch.” “Omg, Lexy!” Gavin cried out. Lexy continued, “Sticking my tongue so close to your cock that you can feel my hot breath… but not quite close enough to touch you.”

With that, she slid down and lowered her head.  She licked the groin area inside his legs, up one side and down the other, sending bolts of electricity through his body. Lexy placed her fingers at the base of his shaft and softly tickled him. Lowering her head further, she told him to bend his knees and she raised up his ass.  Her tongue began exploring him there. Gavin cried out as her tongue darted in and out.

She worked her way back up his body while her tongue and the feather toy teased him.  Lexy straddled him once again. She rubbed his balls against her wet pussy. He cursed. She rubbed her pussy over one ball, then the other, then both. They got wet from her soaking pussy. Gavin was breathing hard and his body was literally bucking up and down. She then reached for the blindfold. Lexy leaned over him and secured the blindfold. As she bent over him, her breast touched his skin and he trembled. 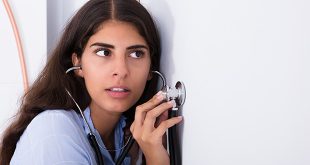