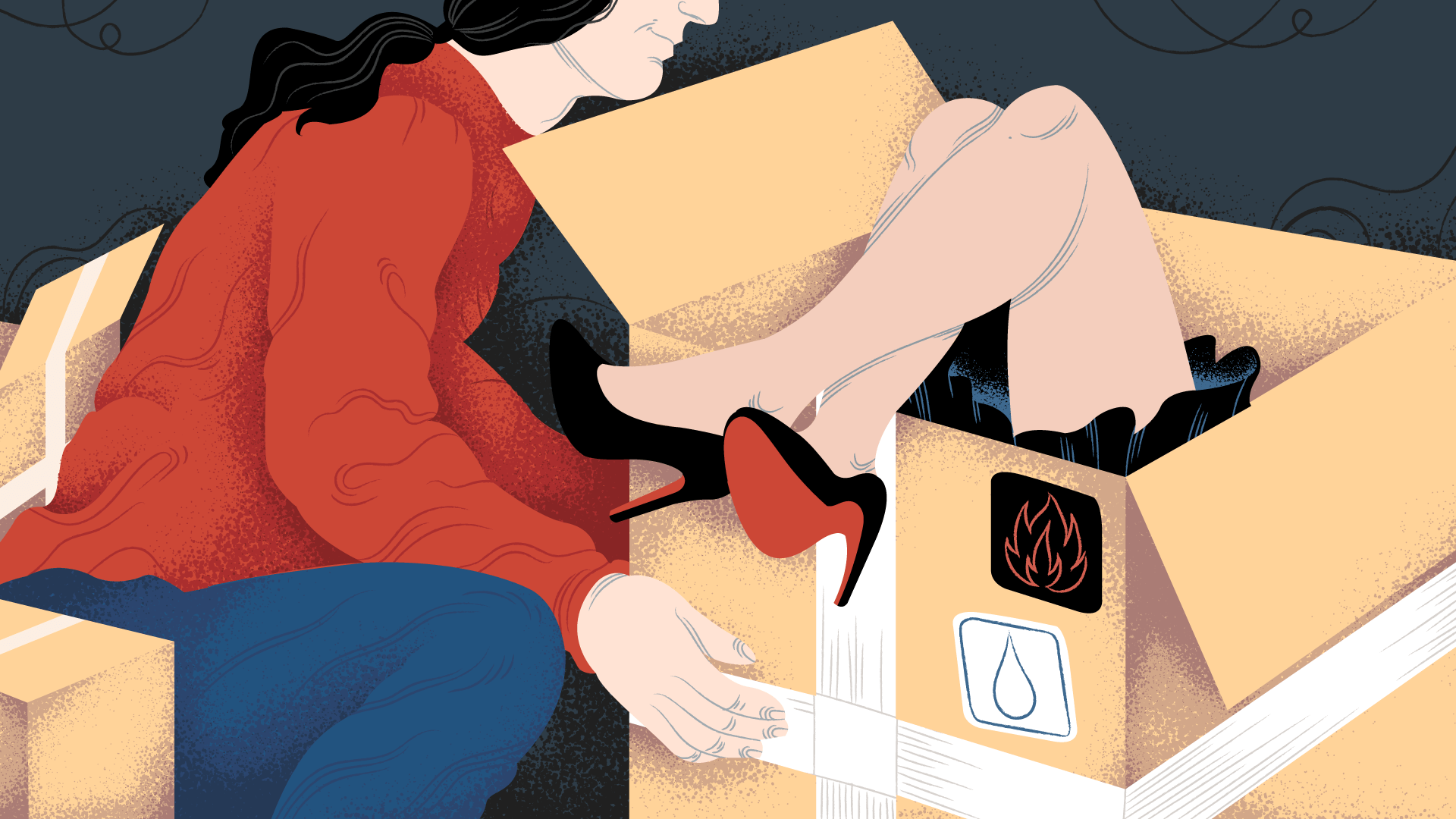 Christina’s fingertips were white, and she realized that she’d stopped breathing. She got up without grace, and walked to the receptionist’s desk. Her boss had her on the hunt for a very important package―one that, if not received today, made her fear what the rest of the day was going to be like. Knowing Paloma, even though it wasn’t her fault, she would treated as if it was.

‘Sorry Chris,’ Frank said, looking at her with sympathy. ‘But that was the last drop off, and nothing for Paloma.’

Paloma’s scenes in front of the office were legendary and as Christina smiled softly at Frank it was tinged with some embarrassment.

‘Thank you,’ she said, holding onto the front desk and standing on one heel.

With a deep breath, Christina turned and walked through the glass doors that led out of the firm. The sound of her own stiletto heels echoed in her ears. She ran down the stairs to see if the delivery truck was still on the street. Her fear of Paloma had her franticly hoping that maybe the package had been left on the truck.

When she got down the stairs, she walked to the truck and gasped.

Their usual delivery guy was lazy and abrupt, which she had learned during her stint as a receptionist. But for one glorious week, the guy in front of her subbed for him. He was not lazy, and she had spent every afternoon after his last delivery wanting to run her hands though his long hair. And when he looked at her, it looked like he would not have minded it.

Her desire for him that week had grown so strong that once, while so hot between the broken A/C and him walking into the office in shorts, she pressed her legs together under her desk after he left and let the slickness between her inner thighs help her press her way to orgasm.

Blushing as she thought of that now, she looked up to smile at him, and he grinned at her as he took his hair out of a ponytail, and let it fall over his shoulders. Christina watched the color of the long strands vary in the sunlight.

‘Hi,’ he said, as he pulled his hair back into a ponytail.

‘Hi,’ Christina said, so distracted she didn’t say what she had intended to say. If this guy was doing the delivery, it meant the package was not on the truck. ‘I suppose there’s nothing left on the truck? My boss is going to kill me!’

‘If she hasn’t killed you yet, you’re safe…’
Christina looked up at him, standing in front of the open back of the delivery truck, and then remembered that Paloma had made one of her epic scenes in front of him. But his good looks had made her forget that, the way Paloma had screamed at the desk. Her smile was weak, as she answered him.

‘I guess, I thought you were the regular guy…’

‘…who forgets things on the truck. Well you can come and look with me if you want.’

He extended his hand to hers, and she took it, not wanting to me rude. Once she was in the back of the truck with him, he closed the door.

‘There’s nothing back here…’ Christina said, looking around.

‘I know,’ he said, looking into her eyes. ‘But I didn’t know how else to get you alone. Maybe I can help you out in another way…’

Christina closed her eyes as his thumb pressed against her damp temple, and she wondered how his finger would feel along another damp part of her body. When she opened her eyes, his thumb was in his mouth and he looked at her for permission. Permission to help her, to make her feel better…permission for something.

Poised on one heel, she leaned against a large box and almost fell. He grabbed her, and pulled her close to him.

His lips were almost like she imagined them except better she thought, as she sucked on his bottom lip. He pressed his hands against the damp silk at the small of her back from perspiration even though it was cool outside. It was him that made her so hot.

‘Your heat drives me crazy…’ he said, as he tugged down the zipper on the back of her skirt and let his hand fan out over the curve of her backside. Christina tugged at his hair, until it tumbled around his shoulders, and sucked his lip.

‘You’re so hot,’ he repeated, and his fingers were spread over her mound. She knew that he was going to know just how wet she was for him. He was going to know how much she had wanted him and practically that she had made herself come at the desk thinking about him, all without her saying a word.

Of course he had a condom on him, how many girls must he have invited into the back of his truck? But when he kissed her so softly that she wanted to cry and he caressed her like fine china, Christina felt like she was his only woman. When he turned her around, she spread her legs like he told her to.

‘I wanted to bend you over that reception desk the first time I saw you there…’ he breathed, as he pushed up her skirt and caressed the curves of her backside. He slapped one cheek, before he got inside of her.

Christina saw her white fingertips, bloodless as she pressed her hands against two packages to brace herself as he moved in and out of her. As they moved together, her panting grew louder.

She wanted him to be rough with her, she wanted to feel him. He didn’t need any coaxing, the sound of him slapping her lulled her as he made her feel pleasure like she had never felt before. She came like an accident—sudden and unexpected, but so good.

Christina turned around and faced him. Her ass felt sore, and inside of her was sweetly sore from him. She wrapped her arms about him, and he caressed her sore bottom. Sucking on his lower lip again, she murmured.

‘You really helped me…’ she said, before he opened the door for her.

Christina jumped down from the back of the truck, and she never felt so ready as she did now for Paloma….who, today, was not going to be able to bring her down …