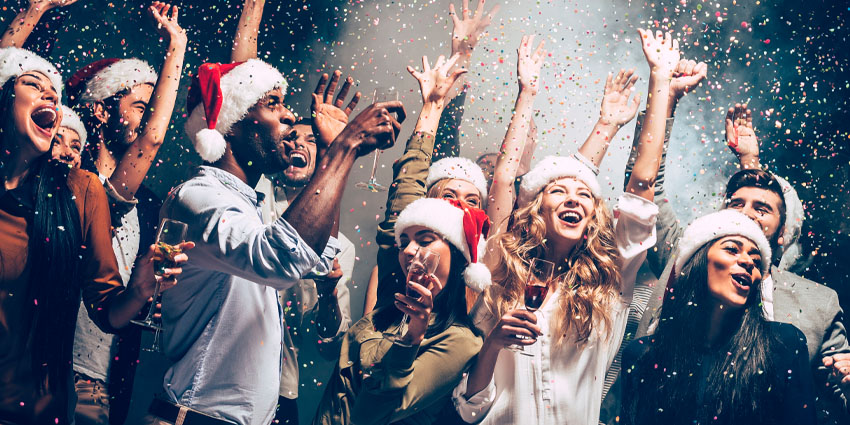 The company Christmas party was in full swing. Every year I went regrettably. Social things weren’t my gig.

The theme was Fire and Ice. Every table was adorned with elaborate ice sculptures while fire breathing gymnasts tumbled across the dancefloor in skin tight crimson costumes, men gawking at them unashamedly.

The room was abuzz with silly tottering angels in white dresses and men in black suits wearing mysterious masks and devil horns. Being the type not to conform, or to care what people thought, I was wrapped tightly in a form fitting bright red Herve Leger bandage dress. My black pantyhose with a perfect black seam down the back of each leg, leading down to my black Louboutins. Unlike many of the women here, I knew how to walk in stilettos.

Already in a mood from the day that had passed I was three whiskeys deep when I spotted him brooding in the corner. He was tall, muscular, sexy as fuck and stubborn as hell. Brenda from level 3 was desperately trying to engage him in some nonsensical babble as she giggled and puffed her breasts towards him, out of her ridiculous, cheap, ruffled angel dress.

I lent back and observed them from the bar, while men I recognised but didn’t know tried to make eye contact, looking for some sign of friendliness or opening gesture to strike up a drunken conversation. I wasn’t interested. In truth I nearly didn’t come, but I wasn’t going to make Partner without ‘making a sociable effort at key events’, so I was told. Corporate bullshit.

Rich continued to nod occasionally and politely towards Brenda, who was now unashamedly trying to draw his eyes to a locket above her breasts. His eyes however were scanning the room, seeming to look for something or someone. Probably any excuse to escape Brenda’s rank perfume.

Rich was also a contender for the Partner position. He and I had worked together amicably for years but today we’d boiled over in spectacular fashion. He’d passed unfair judgement about an article of mine that had been published and I’d pointed out his lack of any published success in recent times.

It had escalated in the boardroom where he’d smacked his hand on the table and accused me of playing dirty to get where I wanted to be. If only he knew how dirty I could play.

The steam was still coming out of his ears and quite frankly I was sick of his sulking. The party was suffocating me, I needed air.

I drained the rest of my drink, ordered another whiskey and expertly applied my red lipstick across my full, moist lips with the compact mirror from my purse.

I stalked past Rich with my head held high, blew him a kiss and mouthed ‘FUCK YOU’. His mouth opened in shock and his eyes narrowed in anger. As I went out onto the balcony into the crisp night air, I sniggered thinking how angry it would have made him.

I walked around to a quiet corner near some potted plants and leant against the rail breathing deeply and wondering how much more time I had to ‘show face’ before I could plan my escape.

I pulled out my phone to check my lipstick, smacked my lips together and sprayed on a little more of my very ‘not cheap’ perfume. I flicked my long honey coloured hair in thick waves over my shoulder and checked the time. Another 20 minutes and I was out of here.

A dark, long shadow came across the chair in front of me and there he was. Rich. In his black suit. Tall, broody and no doubt ready for round 2.

“Still sulking I see, Rich. I thought Breasty Brenda might have at least put a smile on that smug face by now.”

He raised an eyebrow, and sat on the chair in front of me.

“You know,” he said, “You put a lot of effort into trying to rile me up. If you are so desperate for attention you should just ask.”

I turned to face him. He was leaning back in the chair casually like he owned the place.

He raised one perfectly arched eyebrow and looked at me, “My my, aren’t we feisty today. Perhaps you’d do better breathing fire in with the entertainment. It appears to be a natural talent of yours.”

I seethed internally. He knew how to push my buttons, but I wasn’t going to let him know that. Perhaps it was time to push some of his, and really rile him up.

I leaned back slightly, my full breasts bursting against my low cut dress. I raised one stiletto and placed it on the chair next to his thigh.

His cool demeanour didn’t hold. He gasped and I used one long manicured finger to close his jaw.

“I don’t need attention from you, or any other man for that matter Rich. I please myself. As for breathing fire, be careful how much you tease, you might get burnt.”

I deliberately opened the knee of my raised leg. I saw him trying not to look.

“What are you trying to do now Jess. You’re insane.”

He was visibly uncomfortable… or… just hot under the collar. His hand went nervously to his neck as he tried to lo0sen his already loose collar further.

“I don’t see you moving away.” I said breathlessly. Telling myself I was just teasing and didn’t actually want this. But I was good at fooling myself.

I lifted my skirt. The black sheer panties I had on were already wet. I could see him looking now. Noticing how the wet fabric outlined my groomed lips.

I traced one red fingernail from the bottom of my wet patch to the top. Then brought it to my lips for a taste.

He inhaled sharply and reached for my thigh, pushing my skirt higher.

Nobody could see us, but we could see them drinking and dancing inside. The music was thumping and so was my heart.

Biting his lip, he grabbed my finger and brought it to his mouth, sucking it. “God you taste good”.

I leaned back further over the rail, and lifted my other leg, placing it on the other side of him.

“You’ve got no idea how good”, I told him as I pulled my panties to the side inviting him in. “But you’re welcome to find out”.

His strong hands ran up my thighs and around, grabbing my bottom, pulling me towards him. He paused for a brief moment, looking around to check we were alone. To be honest I don’t think I cared if we were. We were on a speeding bullet train and nothing was stopping us now.

I grabbed his jaw with my perfectly manicured nails and turned his head back towards the job at hand.

He didn’t hesitate. He rushed at me with his tongue. Ploughing it into me and sucking me like he was ravenous and I was the only thing that would satisfy his hunger. His tongue was long and strong, stroking every inch of my most sensitive areas expertly as I lost every ounce of sanity.

My arms went weak and I moaned as he devoured me. My wetness dripping down his chin and neck. He lifted me into his strong arms just as I thought mine might give out. Up so high so my legs were straddling him and I could feel his rock hard erection through his pants against my bare lips.

“I thought you didn’t need a man.” said Rich gruffly. But he and I both knew, I both needed AND wanted him.

“Never…” I said as my voice wobbled, very unconvincingly.

Confidently, he said, “Let me prove you wrong. My way.”

He roughly put me down, bent me over the rail and ripped my soaked panties off. He kicked my legs apart and smacked my bottom.

With one large, sexy hand he held my hand on the railing, the other pulling one of my breasts free of my dress and rolling my nipple between his fingertips.

He kicked my legs out wider and pushed himself firmly and quickly inside me, holding himself as deep as possible as he whispered in my ear “Fuck YOU, Jess”.