Mr. Rungard was late. And he was the last parent-teacher conference meeting of Mrs. Mower’s marathon day. Bored tapping her nails on the desktop, she began to scrub off the equations, which were drying on the whiteboard.

Turning, she saw that the baritone voice came from a tall man wearing dark slacks, a startched white shirt and a red tie. She was pleased, not upset anymore that he would be her final meeting of the day. She thought this may not be so bad.

“Yes, come in and have a seat.” She offered him a student desk and took the desk beside his. 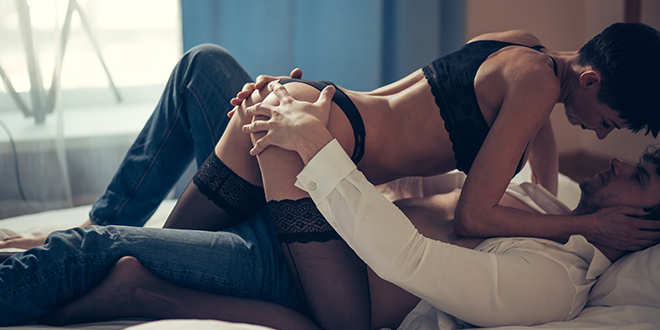 “If it were possible, I would not have scheduled a meeting this late in the evening. I know we’d both like to be at home,” Mr. Rungard apologized.

“Who can turn down home and relaxation?”

But she trudged forward to get the meeting started. She opened a binder with information. “Your son is doing well in understanding the material. I’ll explain some of our lessons and how he’s done.”

Mrs. Mower moved the binder so they both could look at her notes. Mr. Rungard adjusted the desk to see better, and Mrs. Mower smelled his musk cologne. Their shoulders brushed briefly and the two separated, pardoning themselves with their eyes.

She crossed her legs to get comfortable and didn’t realize her plum cotton dress couldn’t cover her legs, as it rose above mid-thigh.

She kept talking about grades and effort but kept noticing his eyes drawing away from her binder. She paused for a second and glanced at the dress’s hemline. It was stretched tightly against her thighs.

Not offended by his glances, she continued on.

Mr. Rungard leaned back and stopped her. “You’ve got me there.”

“You probably know it, just not in these terms,” she said and patted his shoulder in her joie de vivre. “Let me show you.”

She stood and shifted her dress down. She drew numbers, lines and symbols with her blue marker. Her body shimmied and her ass wiggled as she marked up the whiteboard.

“The equation equals eight, the same as …” She looked over her shoulder and caught Mr. Rungard not paying attention the board but to her.

She turned to face him, hands on her hips. “Up here, Mr. Rungard.” She raised his eyes with her marker. Except, to raise them up, he moved his eyes from her waist to her stomach, her heavy breasts outlined by the fabric, collarbone, her neck, chin, soft nose and finally her eyes. And doing so he made no rush.

“Mr. Rungard,” she said, shaking her head, “like you, I catch too many boys looking lower than the math problem on the board. They can’t hide it. They aren’t fast enough. You though …”

“But I …” He stopped abruptly.

“But you what?” she asked, raising her chin and eyebrows scholastically.

Mr. Rungard fumbled for a relatively respectful answer. But, she began to toy with her brown hair, and her lips smoothed into a expectant smile.

“… I can’t understand the problem. I would need to do it. Hands-on makes a difference.”

“Really, Mr. Rungard? Shall I call you to the front of the class?”

She turned back and bent over slightly, keeping her legs straight, to write a math equation at the bottom of the board. The dress stretched and rose as she jotted a few numbers, letters, a plus sign inside of parentheses, and did the same on the opposite side of an equal sign.

“Mr. Rungard, please come to the board.” She held out the blue marker.

He took the marker, grazing his hand against hers, and knelt down on a knee to get closer to the problem.

Pressed with a bit of deviousness, she walked to the door, closed it and clicked the lock. The two were there alone. She came back and stood directly behind him. Her hand rustled his black hair.

“You’re getting it, Mr. Rungard. You’re …” she whispered intensely next to his ear, “… getting it.”

Taking his head in both hands, she twisted him. He was eye-level with her waist. She felt his warm hands, instinctively, rise up her warm calves, slither around her jittery thighs and then under the plum dress. Higher, his fingers found her panties and ran along the elastic waistband. He slowly peeled them down. As the nude panties dropped to her ankles, she didn’t care what happened next. Her eyes were already closed, one hand was pressed hard on a desk top, knuckles white, and her other hand was on the whiteboard to balance weakening knees. Her teeth bit into her bottom lip, her chest lifted with air. She released a deep, slow moan, even before anything else happened.

Mr. Rungard had pushed his head underneath her dress.

As Mr. Rungard’s head stretched her dress to its limits, she banged her hand against the board. She felt him kiss her legs and squeeze her flesh and explore her lower body, kissing up her thighs. Mr. Rungard lifted one of her legs, placing a foot onto the seat of a desk. Her legs wider, his tongue glossed her wet crease. It caressed the outer lips and then prodded into her pussy. He started to lap her clit, which made her body bounce inadvertently at first. She began to rock back and forth to let his tongue slide in and out.

The faster he lapped, the harder it was for Mrs. Mower to catch her breath and remain standing. Her knees nearly buckled.

His hands circled her thighs, gripping them, roaming higher, until he spread apart her ass cheeks.

“Wah, wah wah,” she whooped, feeling his hands move where no one had moved in a long time. Then a thick, male finger tickled her rosebud. In a moment, the finger entered her ass and she found herself bobbing timidly to its rough plunges.

“Mr. Rungard.” Her voice flailed. Feeling everything, she gave up all composure that remained in her body. “Whoa, Mr. Rungard, Rungard!” she wheezed. Then she went silent and wobbly.

She snatched a hand full of his hair from under her dress and yanked out his head. She wobbled back to the chair by her own desk and plopped down. She remained there, basking, slouched in the chair, knees together, nude-color panties draped around her left ankle.

His face was nearly the color of her dress, his hair a mess. His chest rose to take in deep breathes of cool air. He sat on the floor leaning against the whiteboard.

“My good god,” she said finally. “I can’t believe you did that to me.”

Soon they regained their wits and their strength and headed to the classroom door.

They tried to downplay what had just happened, as if embarrassed about what they’d allowed themselves to do so flagrantly. He left down the hallway to the main lobby, and she headed the opposite way to a stairwell. She still had a twirling head and jittery thighs. She took each step down cautiously. But the stairwell door yanked open before she made it halfway. Mrs. Mower looked up to see the handsome man. He rushed down the flight, grabbed her hand and pulled her like a rag doll up the stairs, across the hallway and into the girls restroom. What she was holding to her chest splattered on the tile floor. He lifted her onto one of the low sinks.

He stopped her mid-sentence by leaning in and kissing her intensely. His hands ran through her hair, grabbing the nape of her neck. Their noses pressed together and their tongues swirled in hardcore play.

He pulled back finally, breathless. “We shouldn’t what, Mrs. Mower?” He raised his chin with harsh scholastic demeanor.

“We shouldn’t … be done tonight,” she sighed, staring into his gray eyes. “You never finished the equation on the board, did you, Mr. Rungard? You’ve got to get it done tonight.”

He opened her legs. The dress stretched to where the fabric screeched, but it allowed for more exposure the wider her knees parted, until her pussy was in full view. When the florescent lights hit it, she leaned against the mirror and dangled her legs to show it to anyone who’d like to witness her wetness.

She felt her cheeks warm again. Her pussy was tingling and her body was still invigorated with the remnants of pleasure. As sexual fury allowed for little control, she clumsily unbuckled his belt and undid his pants. He dropped his underwear. Mrs. Mower’s mouth opened, as did her brightened eyes. She reached for its length and stroked up and down gently. This time, sexual fury gave her hand full control.

Her feet touched the tiles again. Mr. Rungard spun her to face the mirror and shoved her dress up her torso to bare her ass. She then felt his strength drive slowly into her pussy. He slid in and out, letting the wet lube his shaft. Then he began going harder and faster.

He pulled her head back with a handful of hair. “So tight,” he said simply in her ear as their bodies thwaped against each other. She grimaced, and, with more thumps, her joie de vivre had contorted in intense aphrodisia. “Fuck me, fuck me hard,” she demanded. He sped up and smacked her ass repeatedly to see it bounce and wiggle wildly than the mere  bumping.

They rammed together over and over. She grunted and moaned, he gasped for life, gritting his teeth, his back arching higher, his fingers digging deep into her fleshy hips.

She remained there in front of him, reveling in what had happened and admiring his strong dick, yet exhausted by the ending.

He took her hand to help her to her feet. Before standing though, she leaned forward and gave his dick one last french kiss.

Again, the two gathered their wits and belongings.

“I guess we stayed a little later than planned,” Mr. Rungard said, arching his eyebrows. “I found the meeting quite nice.” 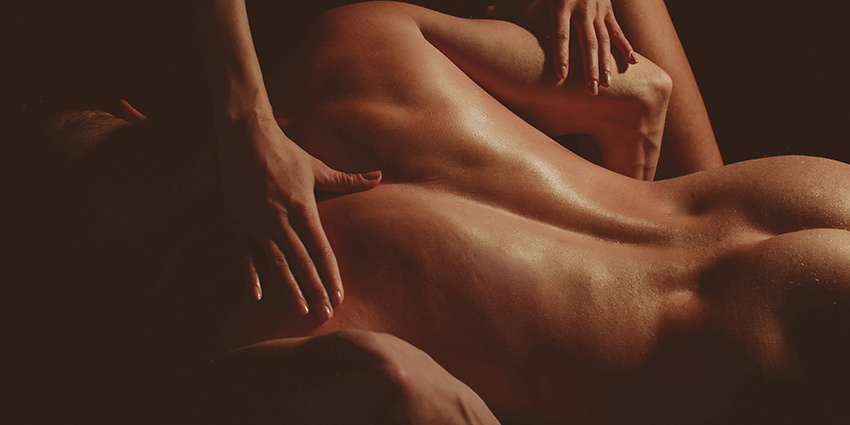 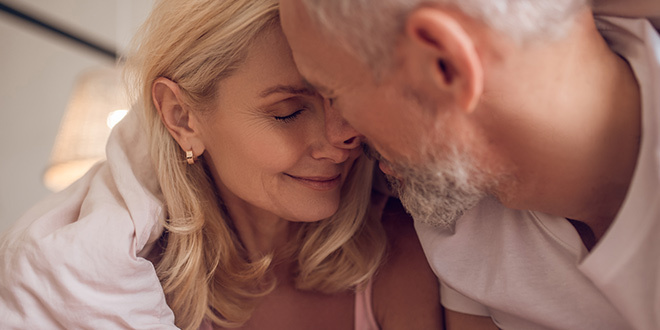 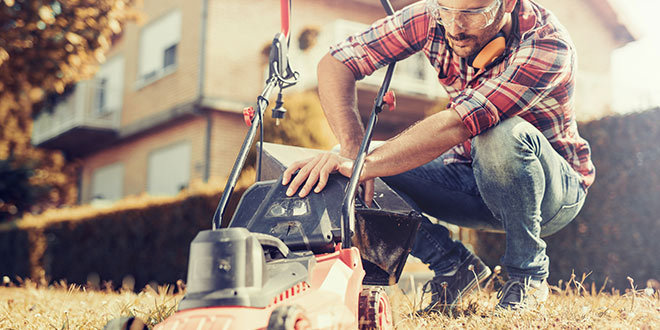