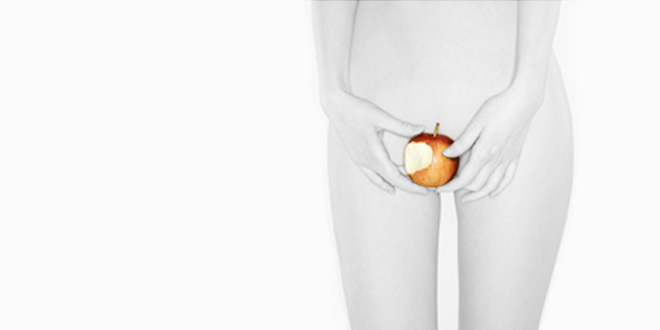 5 Sexual Encounters That Changed The World 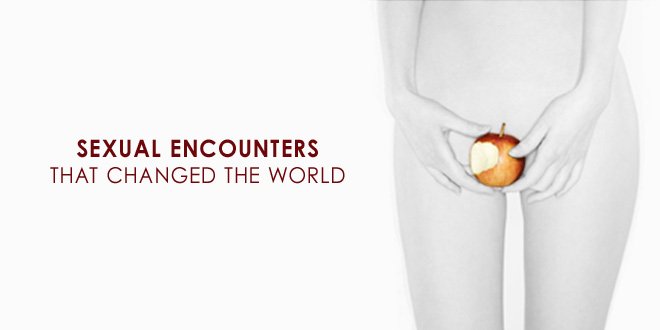 Could the act that led to the fall from Paradise have been a sexual one? Scholars say yes, it’s a genuine possibility. To ‘know’ someone, in the biblical sense, very often meant to have knowledge of someone sexually, hence ‘carnal knowledge’, and the tree from which Adam & Eve ate was the Tree of Knowledge. (Whatever the ‘forbidden fruit’ was, it certainly wasn’t an apple, since the Old Testament was written in what we today call the Middle East, and apples were not native to the area. The apple motif came much later, from a Latin pun: malum is the Latin for ‘apple’, and also for ‘evil’.)

But that’s nowhere near the end of it. Far more convincing evidence comes from earlier examples of Sumerian creation myths. The Sumerian civilization, located in modern day Iraq, was the first in the world to develop writing, hundreds of years before the Ancient Egyptians did it. The beautiful literature of the Sumerians eventually influenced much of the content of the Old Testament, everything from a seven-day creation to the Noah’s flood myth. The Sumerian Epic Of Gilgamesh, for example, contains an earlier version of the Adam & Eve story in which a man is created and then seduced by a woman sent to him by God and falls from Paradise as a result. This theme is common throughout Ancient Near-Eastern mythology, and it’s always sexual in nature.

If we assumed that the Adam & Eve story was historical, then it signaled the end of our outright obedience to God, the beginning of the concept of free will, the start of our dissonance with nature, having to work for our food, and feeling pain during childbirth, amongst much else. If we accept it as myth, then it has still had a huge impact on our society – it’s perhaps the first recorded example of women being shamed for their sexuality. But that’s a topic for another article.

JFK’s extramarital activities while in the Oval Office are well documented, with new details of illicit flings still emerging to this day. One book published as recently as 2011 details his previously unpublicized 18-month relationship with intern Mimi Alford. However, due to his popularity and his charisma, he was able to dodge any confirmed sexual transgressions during his time in office – though those in power at the time now admit his sex life away from his wife was common knowledge.

Amongst a litany of sexual conquests during his presidency, one is more intriguing and more famous than the others, and that’s Marilyn Monroe. Who, incidentally, also had an affair with JFK’s brother Robert.

First off, JFK and Monroe made the American presidency glamorous in a way it had never been before, helping to lay the foundations for a new kind of politician in which charisma and sex appeal were valued over political ability. But there’s a darker connotation too, depending on which conspiracy theory you adhere to. One theory, for instance, has it that Monroe was trafficking messages between JFK and the Mob, influencing home and foreign policy in the Mob’s favour and ultimately leading to Monroe’s alleged murder, and perhaps some involvement in JFK’s assassination too. If it were true, it would mean that America’s involvement in Vietnam, Laos and Cambodia, as well as the empowerment of the CIA, were all either prolonged or permitted as a result of this sexual liaison. In Bing Crosby’s house.

Bill Clinton and Monica Lewinski’s sexual endeavors represent not only the most famous sex scandal in political history, but perhaps also the most famous suspicious dress-stain in history too. Lewinski was a 22 year old White House intern and Bill Clinton was the smooth-talking, cigar-ruining President. After the scandal, Clinton’s reputation was shredded, and Lewinski vanished from public life until she popped up again with a recent heart-felt column in Vanity Fair.

Clinton was and remains one of the most popular presidents in recent history, and now, more than a decade since he did not have sexual relations with that woman, people generally believe that it was all a bit out of proportion and both he and Lewinski were given an unnecessarily hard time over it. Especially because it indirectly led to a Republican taking office after Clinton’s impeachment and restarting some wars his dad had begun a decade previously.

This is a fascinating one, and you may never even have heard of it. Prince Philip of Eulenburg, Earl of Sandels, was a high-profile mover and shaker in German political circles at the turn of the 20th Century. The closest confidant of Wilhelm II, an articulate pacifist with a doting wife, and boasting a full eight children, he was undoubtedly in one of the innermost of Germany’s Inner Circles of influence. Except he was also in a long-term gay relationship with Berlin’s military commander, Kuno von Moltke.

Well, probably. In 1907, the story of their affair was published by newspaper magnate Maximilian Harden, who had become convinced that the Kaiser’s leadership would soon drive Germany into ruin and was determined to discredit him indirectly with any means. Harden had got wind of the gossip from, amongst others, Otto von Bismarck, and there included a true story in which a cross-dressing German senior military officer had died in an aristocrat’s holiday home while dressed in a tutu and performing ballet.

The sexual relationship between Eulenburg and Moltke opened up questions about whether there was a homosexual inner circle around the Kaiser, with pacifist leanings. The newspaper magnate Holden exploited this at every opportunity in his publications, hoping to destroy the Kaiser’s reputation. He took down the whole inner circle of moderates, progressives and pacifists with slander and exaggeration, leaving the door open to aggressive, power-hungry warmongers. Without the moderating diplomatic influence of the scandalized politicians, the pacifist Eulenburg in particular, the Kaiser was pressured into military action. The outcome of this scandal led almost directly to World War I and Germany’s subsequent destruction, which would in turn eventually lead to Hitler’s ascent and World War II.

We’ve already touched on the more famous mythical Eve at the start of this article, so you’ll be forgiven if you’ve never heard of Mitochondrial Eve. But you should, because she’s real, and because you’re related to her. Every single human in the world right now is directly related to Mitochondrial Eve through an unbroken chain no older than 200,000 years.

That’s right, there really is one single identifiable female ancestor in East Africa, whose DNA has been passed down in the maternal line and always will be, as long as humans exist. That doesn’t mean she was the only woman alive at the time, nor does it mean that she was even the only one to have children at the time. It just means that, by statistical definition, there was one human woman living in Africa between 150,000-200,000 years ago who directly connects everyone on earth today, on everyone’s mother’s side.

Mitochondrial Eve would not have been an exceptional human at the time, it’s more like a fluke of genetics that all our family lines point back to her. It could have been anyone, it just happens to be this particular person. But that’s not to say things are inevitable: if, say Eve had passed on some kind of genetic mutation, we could all look or behave very differently. Who’s to say she didn’t? Who’s to say the genetic information she passed on didn’t make us immune to some disease we’ve never even discovered? She wouldn’t have known it at the time, but Mitochondrial Eve is the mother of all humanity.