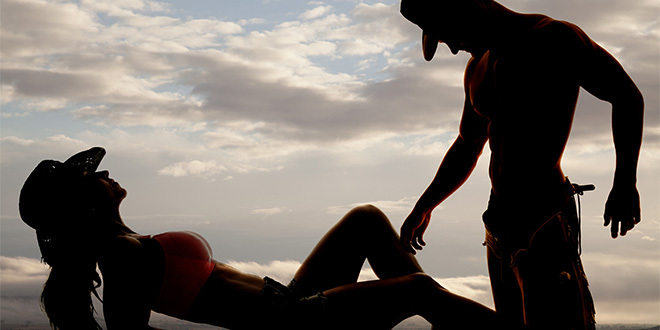 Study Reveals that Farmers Have the Most Sex

Professions that have the most sex ranked in order:

However, despite not having the most sex out of the professions surveyed, quality over quantity was more important for the likes of doctors where 31% claim to enjoy a passionate embrace for over 45 minutes every other day, with 36% of architects and 25% of people in advertising also putting in over 45 minutes per romp.

Unfortunately for those working in journalism, one fifth (20%) claim that they only ever have sex once a month, which is perhaps not unsurprising when 60% rate their partner’s performance in bed only “average”. Journalists also claim that they would like to up the ante in the bedroom with 40% wanting to have sex at least once a week and for up to 30 minutes each time.

What’s more, lawyers are the hardest to please in the bedroom with 27% of those surveyed admitting to faking an orgasm every time they have sex, and 31% claiming to be able to identify when their partner is faking theirs. 31% also admitted that they are more likely to fake an orgasm on a one night stand. In comparison, 69% of labourers and 67% of farmers claim they never fake an orgasm.

Sexpert at Lelo UK Kate Moyle commented: “Even within groups such as professions where there is a lot of similarities, we have to consider that there is a huge amount of individual differences impacting people’s sexuality and sex lives. However, what we may expect are some trends, for example, the level of physical activity in a career such as a farmer, rather than someone in an office setting may impact levels of fitness and energy. The lifestyle factors of our jobs such as flexibility of working hours and the environment are also likely to have an impact on all our lives not just our sex lives.

She continues: “We also know that people report having great sex when they are able to switch off and focus on what they are doing rather than being preoccupied and distracted so jobs that we can close the door on at the end of the day or ‘leave at work’ may have less interference with our sex lives than one where we feel we are constantly one ear out for the phone, or where there are less boundaries between work and home.”

To help ensure both partners enjoy sex in the bedroom, sexpert Kate adds: “Honesty, when it comes to talking about sex with your partner, is an essential ingredient to a healthy relationship. If you are feeling unsatisfied with your sex life, whether you’re not having enough or not enjoying it in a way that you want to, introducing something new can be a great way to bring the excitement back to your relationship. Adding a couples sex toy such as a cock ring or trying a new lube are fun and easy additions to your sex life that both partners can enjoy. ”