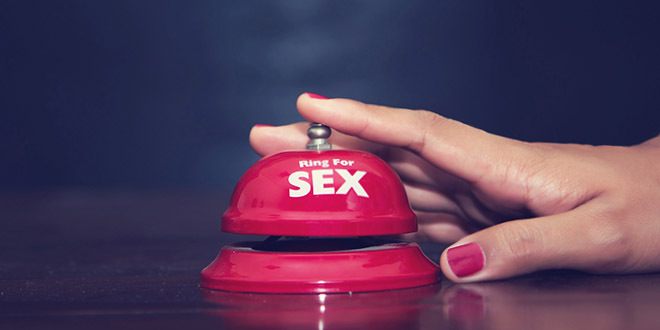 Men vs Women: Why and How Do We Experience Sexual Arousal?

And what’s super amazing, is that our bodies, the magical vessels that they are, let us know how we’re feeling and dictate to us what we need and desire.

When we are dehydrated, the brain literally starts to shrink and we feel sluggish, faint, and moody. This is followed by a slew of bodily functions that work to keep us alive and well.

And for many, experiencing and releasing sexual arousal is just as important as satisfying our thirst.

When we’re sexually aroused, our cognitive and physical functioning changes. This, of course, varies from person to person, but we can feel sexually charged from either external, internal, and/or physiological stimuli.

We’re also prone to feeling turned on when we experience physiological stimuli. This could be when blood flows to the genitals, our nipples are stimulated, or when our pupils are dilated.

Have you ever wondered why the expression, “A man only thinks with his penis” exists? Well, it’s been proven that they receive almost all of their sexual influence over visual stimulants and not emotional bonding.

But when it comes to ultimate sexual arousal, images of women experiencing sexual pleasure has shown to be the biggest driving force.

Check this out: Has Your Sex Drive Disappeared? Here’s What to Do (Besides Relax!)

As they say, women are excellent multi-taskers, and that’s proven to be no different when it comes to sexual arousal.

While visual stimulus can be appealing, it’s not the main drive when it comes to women feeling sexually aroused. In fact, many women may be threatened by images of unknown naked men, as it could induce feelings of danger and unrest.

Oftentimes Instead, they like to depict certain kinds of relationships, like the ones read in romance novels. In these books, men are usually painted as the villain at first, but later are made more humanized due to their undeniable attraction for the female.

Interestingly, these novels have influenced women’s taste in men considerably. Craving the ‘bad boy’ or the one who needs to be ‘tamed’ is a common trait when women seek a partner. The male characters in these novels are strong alpha males with distinguished features, and a protective and dominant side.

For that reason, women tend to seek clever, strong, intelligent, and mentally stimulating partners equally as much as they do attractive ones.

Interestingly, visual stimulation for women is also a thing, but not in the same way as men. Women often seek a well-presented man with a nice scent and a soothing voice, not a close-up of male genitalia.

Sexual Arousal in Men and Women: A Conclusion

To summarise, here’s a quote from Ogas, an American writer with doctoral training in neuroscience, and Gaddam, a doctoral researcher at Boston University:

“Women respond to a truly astonishing range of cues across many domains. The physical appearance of a man, his social status, personality, commitment, the authenticity of his emotions, his confidence, family, attitude toward children, kindness, height, and smell.

Unlike men, who become aroused after being exposed to a single cue, women need to experience enough simultaneous cues to cross an ever-varying threshold.

Sometimes, just a few overwhelming cues can take a woman there. Other times, it takes a very large number of moderate cues. For women, no single cue is either necessary or sufficient.”

Check this out: The Science of Desire: Why Subtracting Adds More