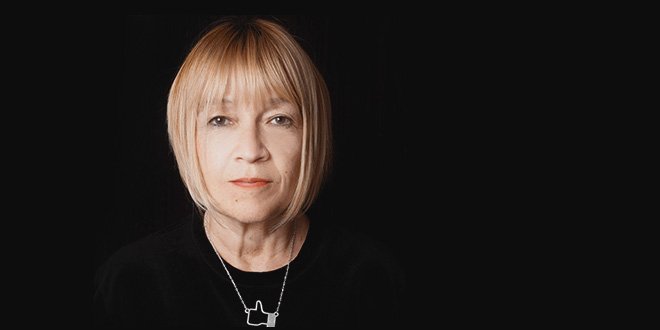 When discussing the effect of modern technology on our sex lives, we often focus on things such as the latest advances built into the toys we take into the bedroom, or how dating apps like Tinder and Grindr have impacted how we find partners, we often―at least when speaking about adults―forget to talk about pornography. And why would we? Explicit sexual material is by no means a modern invention; there are reliefs and carvings from ancient Egypt, Greece and India depicting all manner of sexual acts.

Who Is Cindy Gallop?

Cindy Gallop began her career in advertising in the late 80s, and excelled in the industry, founding the US branch of her London firm and later earning the honor of Advertising Woman of the Year in 2003.

Just 6 years later, Gallop was giving a presentation at TEDTalk that has been called “one of the event’s most talked about.”  Her TEDTalk, which was also the launch of MakeLoveNotPorn, involved an unusually frank (for TEDTalk) discussion of how exactly she came to conceive of the project.

As Gallop explains, “[It] was an accident that came out of direct personal experience.

This isn’t because eight year olds and six year olds go looking for porn. It’s a function of what in the digital world we live in today is inevitable and cannot be prevented, no matter how hard you try – they stumble across it. It’s what they’re shown on someone’s cellphone in the playground; what they see when they go round to a neighbor’s house – because it doesn’t matter what parental controls you have in place at home, your kids live their lives in other places; or, because this is the most wired generation ever, and in many privileged households very young children have access to phones, iPads, laptops, they do something cute and innocent – they learn a new naughty word, they google it – and one or two clicks away is something they never expected to find.

And that is when Gallop decided to do something about it.

Launched at a 2009 TEDTalk, Gallop was overwhelmed by the positive reaction her presentation garnered. Of it she says, “The response  was extraordinary, in a way I’d never anticipated. It resonated with huge numbers of people globally – young and old, male and female, straight and gay, from every country in the world.  They wrote and poured their hearts out to me. They told me things about their sex lives and their porn-watching habits they had never told anyone else.  Receiving those emails, day after day, made me feel I had a personal responsibility to take MakeLoveNotPorn forwards, in a way that would make it more far-reaching, helpful and effective.”

Thus, a few years later, MakeLoveNotPorn evolved into MakeLoveNotPorn.tv, which is described as  MakeLoveNotPorn “come to life.” It serves as completely user-generated (and crowd-sourced) forum for people to share videos of their real-world sex.

How Is MakeLoveNotPorn Different From Pornography?

It may strike some as confusing, how someone vocally critical of modern pornography would create a website where videos of couples having sex are hosted, however as Gallop points out:

How Can You Be Part Of MakeLoveNotPorn?

If you’re curious about becoming part of MakeLoveNotPorn, Gallop enthusiastically welcomes new participants―and it’s not just for those who already consider themselves exhibitionists.

We spent years working on the concept of MakeLoveNotPorn.tv in order to create a safe, trustworthy platform for people to do something they’ve never done before – share their #realworldsex socially.

You are free to be anonymous – wear masks, faces in shadow, out of frame – or to show your face.  Your videos are only viewable by our community, on our platform, by members who’ve paid to rent them.  We operate a rent and stream model, versus download and own, because our commitment is that the moment anything changes for you – your relationship, your life, your circumstances, even just your mind – all you have to do is tell us, we take your videos down and they’re gone forever.”