Aftercare for Vanilla Sex: Why It’s Important and How to Do It Right

Somehow, people often think that aftercare after vanilla sex, when no whips and chains were involved, is not needed. For example, you’re having sex in a missionary position, keeping eye contact at all times thinking that it’s more than enough.

Foreplay Before Sex, Aftercare After Sex

You wouldn’t go straight into sex without some foreplay now, would you? It would be painful and not as pleasant for either partner unless this is the sort of play both partners consent to.

Foreplay prepares you and your body for sex. It gets you turned on and in the mood. It also makes the intercourse so much better because your body is excited.

Aftercare is what helps your body and mind unwind after the wild ride. It allows you to dwindle in those pleasant feelings you’re experiencing after the orgasmic high together with your partner. It makes sex more fulfilling in a way.

Just as foreplay is important for a pleasant sexual experience, aftercare shouldn’t be forgotten either. It should be a regular part of sex, even if it’s just a quicky or a casual one-night stand.

Think of sex as a three-step experience:

This is your secret recipe for mind-blowing sex.

Benefits of Aftercare After Sex

While you’re having sex, your body is running high on different hormones, which makes you feel amazing. But when the sex ends, there is usually a sudden drop that might leave you feeling sad or even anxious.

But just like people experience a drop after an intense kinky scene, they also experience it after any other sexual encounter, when there is a sudden drop of hormones.

One study conducted back in 2015 shows that almost half the women have felt depressed after sex at least once in their lives. This shows that the drop has a significant effect on people after sex, even if no intense kink play is involved.

Aftercare after sex helps minimize the drop and remove all the negative emotions and feelings that might come from it.

It ensures that you and your partner both feel good, even as the hormones drop. The feeling of being cared for will help with any negative emotions of being used for sex or neglect that might surge to the surface.

So, even if you’re having casual sex, a small shift of actually cuddling or talking after sex can make the whole experience so much better, and it would help eliminate the negative or empty feelings people report having after one-night stands.

Even if you’re not in a long-term committed relationship with the partner you’re having sex with, it’s still important to have that human connection and trust.

Aftercare helps you build that and deepen the bond between you and your partner. It doesn’t have to be about falling in love or developing romantic feelings; it’s just the pleasant feeling of being cared for and care for a person after you just both shared this amazing experience together.

Couples who practice aftercare after sex also tend to have a better, deeper relationship because being naked and caring for each other after an orgasm is a great way to build intimacy.

We all have to fight the shame surrounding sex, and a lot of people still feel those negative feelings after having sex, even if they know that sex is something they should enjoy.

When you carry shame inside you about sex, and you end the act abruptly, without any sort of aftercare, you simply deepen the shame around it even further.

Aftercare after sex can help battle those unwanted feelings of shame, as instead of getting up and dressing as if nothing happened, you allow yourself to enjoy the state you’re in, sharing the experience with your partner.

Small things like that can go a long way when it comes to fighting negative stereotypes around sex and helping you deal with the shame around the subject.

All movies, books, TV series, plays have conclusions that leave us satisfied at the end, having the story wrapped up. Most people think that the orgasm is the conclusion of the sex act, but it actually is aftercare after sex.

You have a chance to talk with your partner and share what parts you enjoyed the most, which parts you would want to improve or maybe completely remove from your sex life, and during aftercare, reflections are the perfect time to share other fantasies you’re looking to explore.

All of this will make your sex life better because you communicate your likes and dislikes, and both you and your partner will know what to do for the best experience ever the next time around.

So, if you’re looking to improve your sex life and are interested to start incorporating aftercare for sex, there are various small things you can do:

One partner can get the towels from the bathroom, wet them with some warm water, and then use the towels to clean up the other partner. Another option would be to actually go in and have a shower or a bath together.

You can wash each other, help dry each other with the towel after and even go as far as lotioning up each other’s skin. Such simple activity can go a long way to make the time after sex more pleasant and enjoyable.

Another way to incorporate some aftercare after sex is by simply touching each other. Not in a sexual way, but rather calming and assuring way.

That could include things like cuddling, either spooning or lying wrapped in each other’s arms. If the temperature is hot and it’s just impossible to be cuddling and touching for a long period of time, even a simple gesture like holding hands or putting a hand on your partner’s thigh, chest, or anywhere else counts.

Skin-on-skin contact means a lot, and having even a bit of it after sex before you doze off to sleep is going to make a huge difference in how you feel in the morning.

While some people might not be in the mood to chat, if you have the urge to share your thoughts with your partner, you should definitely do it. When you’re both relaxed and satiated after orgasm, with eyelids heavy with exhaustion, it’s the best time to have honest and raw conversations.

Pillow talk is one of the most effective ways to connect with your partner during the aftercare after sex, and it can help build the connection between you two and allow you to share things you might not have the opportunity to share otherwise.

Once again, even if you’re not having sex with a long-term partner, having an adult conversation with another person after sex is nothing wrong, and you shouldn’t feel shy or embarrassed about it.

Another pleasant thing to do as part of aftercare during sex is to soothe your senses by lighting a scented candle or turning on a diffuser with some calming essential oils.

Or, if the sex was physically intense, you might be feeling sore in some places, and it might be nice to engage in a soothing massage to relax your muscles and prevent any uncomfortable feelings afterward.

Anything that makes you feel better and helps you keep the mood elevated would work and don’t be shy to involve your partner in whatever activities you have in mind.

5. Help Them Get Home Safely

If you’re having casual sex and your partner doesn’t intend on staying the night, you can still engage in aftercare by making sure that they get home safely.

That might include either driving them home yourself or calling an Uber for them. Also, don’t forget to text them to make sure that they got home safely and maybe even go as far as texting them in the morning to ask how they’re feeling.

It’s not something that only couples engage in — ensuring someone’s safety and making sure that they’re feeling good after you two spent time together is a polite thing to do between adults.

6. Get Some Water and Snacks

Sex is a vigorous activity, and most often, you’ll probably feel thirsty or even hungry afterward. As part of aftercare after sex, you can make sure that there is water available on hand so that you and your partner can hydrate.

Ask them if they might feel like snacking, and you can bring some snacks to bed. You can either have some conversations while snacking and hydrating, or you can settle down and watch a movie together — whichever activity you’re more comfortable with.

What do you know, maybe once you replenish your strength, you might feel in the mood for a round number two or three?

7. Reflect on the Experience

Another great thing to do during aftercare after sex is to reflect upon the experience you both just had.

Most people still have a lot of issues communicating about their needs and wants during sex. Many people don’t know how to approach the conversation about sex with their partners, even if they’re in a long-term relationship.

And there is no better time to do so than when both of you have just had an orgasm and are lying naked in bed. Why not discuss the things you particularly enjoyed?

Try starting the conversations with the positives if you’re looking to improve a certain area, and then slowly drift into things you might want to try or do differently. It can be one of the best ways to improve your sex life and get to experience new things.

Karolina Wilde is a sexual wellness writer. Her work has been published on The Ascent, P.S. I Love You, and Sexography reaching over 25,000+ readers. In her free time, you can find her podcasting, reading, or creating TikTok videos. 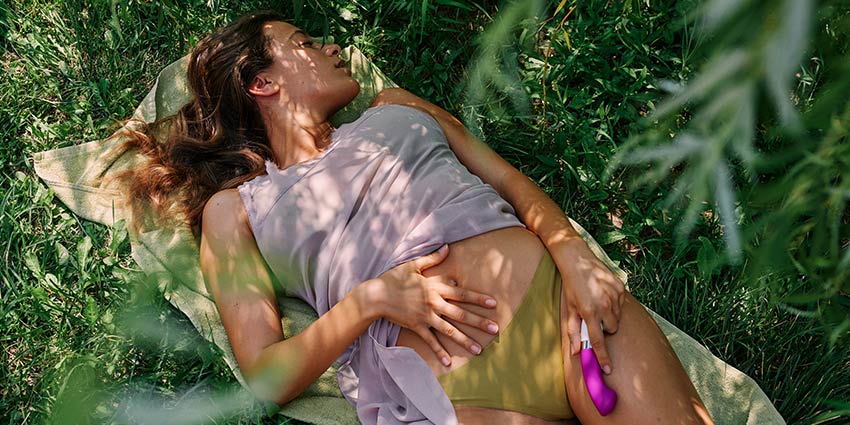