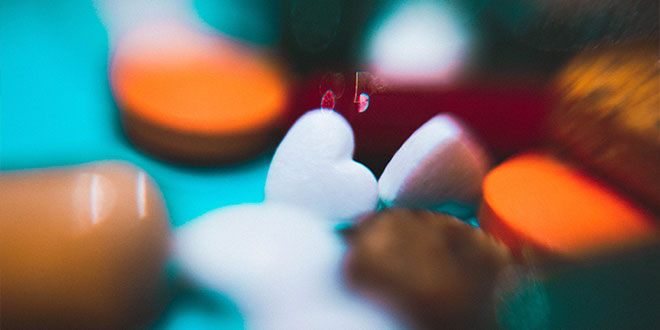 Can You be Addicted to Love?

Romantic love has often been considered a type of addiction or even sickness. There is no doubt that love involves constant thinking about, and activities with, one’s beloved. But is such persistent preoccupation with one person always detrimental? Should it be regarded as a type of addiction, or might it actually be beneficial to the partners’ flourishing?

“Love addiction,” like “sex addiction,” is a disputed term. The Diagnostic and Statistical Manual of Mental Disorders (DSM), published by the American Psychiatric Association; DSM-5, in 2013, refers to these phenomena as “hypersexuality.” The World Health Organization’s most recent International Classification of Diseases, ICD-10, refers to them as “excessive sexual drive.”

These disputes express the complexity of the issue. I believe that profound romantic love is not an addiction, although some features of addiction, such as preoccupation, are to be found in it. However, not all types of preoccupation are harmful—when it is part of a flourishing life, it is beneficial and cannot be regarded as addiction.

This notion of profound satisfaction relates to Aristotle’s notion of human flourishing (eudaimonia). Human flourishing is dynamic, and meaningful intrinsic activities are its most significant (but not only) elements. Human flourishing is not a temporary state of superficial pleasure; it involves a longer period of fulfillment of our natural capacities. It is the realization of one’s potential, as opposed to hedonic well-being, which expresses fleeting pleasure. Carol Ryff (Ryff, et. al., 2004) collated multiple studies linking flourishing with beneficial impacts on our health—including higher immunity, resistance to and recovery from disease; lower levels of stress; longer periods of REM sleep (associated with deep rest and dreams); and lower levels of the biomarkers associated with Alzheimer’s disease, osteoporosis, and arthritis.

Is Wanting to Be with Your Partner an Obsession?

An obsession, which is considered the primary symptom of any addiction, is defined as “a persistent disturbing preoccupation with an often unreasonable idea or feeling” (Merriam-Webster). The words disturbing and unreasonable are crucial here. Persistent preoccupation with an idea or a person is not harmful in itself—as long as it does not harm your flourishing. Since profound love involves a positive preoccupation that enhances one’s personal flourishing, it cannot be regarded as an obsession, which is by its very definition a negative experience.

To explain this further, consider the notions of repetition and loving too much.

Repetition is an action or event that reoccurs regularly or intermittently. In human behavior, repetition is often seen as negative, especially when it appears that no added value is gained from saying or doing the same thing again and again. Indeed, repetition generates boredom and de-activates human capacity. Why should we waste mental resources on repetitive activities?

Are there repetitive activities that add value to the initial activity? Many human capacities—playing the piano, dancing, swimming—are maintained, and even enhanced, only through repetition. In these cases, the repeated activity is valuable—without it, the capacity will deteriorate or fail to develop. (Hence the saying “Use it or lose it.”)

A repeated activity can be harmful when it is done excessively or in a way that damages other major flourishing activities. When such an activity does not contribute to your development and flourishing, it is likely to become addictive. Two common examples are sex and watching television.

Unlike profound love, which develops with time and enhances your flourishing, strictly sexual relationships are often repetitive and almost identical at all points of time—hence, they are more likely to become addictive.

Can We Love Too Much?

Whether love is an addiction or not also depends on if loving can be excessive, if we can love too much.

So, can loving someone too much be dangerous?

A useful distinction here is between romantic intensity, which expresses the momentary value of acute emotions, and romantic profundity, which embodies frequent acute occurrences of intense love over long periods of time, along with life experiences that promote your flourishing. Profound love is an engine of flourishing, so its benefits run deep. Just as we would not fault an author for writing a book that is too profound, we cannot criticize a lover for loving too profoundly. The issue of harmful addiction does not arise at all.

Superficial activities, such as casual sex and watching television, might be enjoyable even though they do not contribute much to our long-term flourishing. However, when they are done excessively, they can be harmful, as people can become addicted to them while neglecting other flourishing activities. Romantic intensity, but not romantic profundity, can be excessive—a lover’s intense love might prevent a partner from noticing, or at least admitting, that his attitude toward her is humiliating or that their relationship has very little chance of surviving in the long term.

A clear line exists between profound romantic behavior, which is part and parcel of our flourishing, and the highly criticized phenomenon of “love addiction” or “sex addiction.” This line is based first and foremost on the difference between profound and superficial activities. The distinguishing feature of an addictive attitude “is not the intensity of passion, but its shallowness,” as Peele and Brodsky argue in Love and Addiction.

Being profoundly in love involves pursuing many different flourishing activities with one’s beloved. Being a sex addict confines your world to very narrow, repetitive activities. The repetitive and superficial attitude involved in the sexual interaction of a sex addict greatly impedes his or her personal development and flourishing. Being in love can help lovers flourish in the long run. Sex addiction disrupts other activities and has a long-term destructive impact.

In profound love, the wish to be with one’s lover is quite different from the obsessive need that is the driving force of addiction.