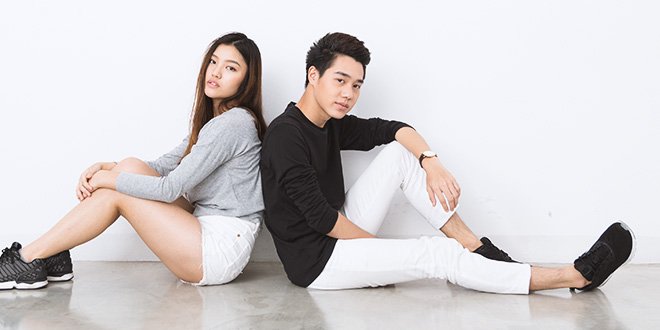 Celibacy Syndrome: What Is It, and Should We Be Concerned?

In the following article, we investigate the so called celibacy syndrome that, according to some, is plaguing the Millenial generation.  Contributor Emma Sayle of Killing Kittens offers her insight.

Japan’s youth has apparently gone off sex to such an extent that the phenomena has been given its own name: sekkusu shinai shokogun, or ‘celibacy syndrome.’ A by now widely touted 2013 survey conducted by the Japan Family Planning Association found that 45% of women aged 16-24 “were not interested in or despised sexual contact.” Just over a quarter of men surveyed said the same. A later government study published in 2016 seemed to back this particularly bleak verdict: 42% of men and 44.2% of women aged between aged 18 – 34 were virgins.

On the surface, the revealing stats would seem to validate doom-mongering about everything from Japan’s skewed demographics – who will look after the old folk! – to concerns that young Japanese are emotionally unable to form romantic relationships. Add to that the air of titillation the by now tired trope of ‘weird Japan’ inevitably lends to such reports – sex robots! robo-porn! – and you’d be forgiven for believing the Land of the Rising Sun is in fact sinking into a sexless good night.

Newsflash: it’s not, and it’s not just Japan.

Japan’s birth rate is unequivocally in decline. However, according to data from the World Bank, in 2015 the number of births per 1,000 population was exactly the same as Italy, Portugal, Monaco and several other places. Japan’s fertility rate – that is, number of babies per woman – was on par with Germany, Switzerland and Croatia. If ‘celibacy syndrome’ is really a thing, then the human race is definitely screwed (and no, not in that way). However, a more measured view points to potentially more positive global trends including delayed sexual activity, a more egalitarian understanding of sex, and women’s greater autonomy over their reproductive health.

Nonetheless, the age factor is interesting; it’s not just Japanese Millennials who are having less sex. A 2016 study published in The Archives of Sexual Behavior found that 15% of Americans aged between 20 and 24 had not had sex since the age of 18. For their predecessors coming of age in the 1990s, that figures was just 6%. Of Millennials who are getting frisky, on average they enjoy sexy times twice a week.

So what gives? Why isn’t today’s youth living up to their promiscuous stereotype?

“I’m a mother of two and I personally think two shags a week pre-kids is pretty good going, especially if you and your partner both have jobs, hobbies and mates to see,” reckons Emma Sayle, founder of adult party brand Killing Kittens and author of ‘Behind the Mask.’ Describing her twenties as “very much a work and life mission,” the successful sex-entrepreneur prioritized friendships, sports, and the small matter of building a lucrative business empire over sex and romance. “I actually had two separate years of no sex. They weren’t planned, they just happened and they were two great years.”

While Emma’s credentials might set her apart, she is far from unique: whether traveling, career-building, studying, or something else entirely, it’s safe to say that today’s young women in particular enjoy infinitely more possibilities than previous generations. “There’s no longer this whole ‘got to find a husband and have babies in my twenties’ expectation anymore,” observes Emma.

Another possible reason for Millennials having less sex and fewer partners than their parents comes down to an inherently more enlightened attitude to everything from conforming to gender norms to consent. “Women are very much the ones calling the shots most of the time now – I’ve built an empire on this fact, after all – and are now very comfortable saying ‘no.’”

Far from sexless in the city, today’s young people have grown up in a climate in which embracing issues like enthusiastic consent, open discussions around STIs, and the importance of safe sex are not just laudable, they’re positively cool. While peer pressure can’t be completely consigned to past, the days of young adults and teens being labeled sluts or prudes or frigid based on whether or not they want sex feel distant.

In other words, alarmist articles and stark stats miss a pretty inspiring point. “Rather than celibacy syndrome being a global crisis perhaps it’s a sign that girls in particular are deciding when they want to have sex,” Emma speculates.

To return to those Japanese and US studies, should we be unduly concerned that young people are having less sex? Must Millennials add celibacy syndrome to everything else their generation has to worry about? And is robo-porn the answer? It’s a resounding no from Emma, who muses, “Instead of focusing on the quantity we should conduct studies that focus on quality. Because as long as it’s good when you do have it, that’s what really counts.”