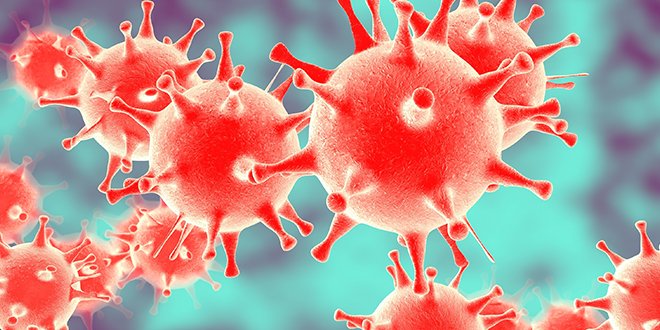 Startling 2014 figures demonstrating the insidious rise of chlamydia, gonorrhea and syphilis in the US since 2006[1]; combined with the emergence of an apparently antibiotic-resistant strain of so-called ‘super-gonorrhea’; not to mention grim discoveries surrounding the spread and implications for pregnancy of Zika virus point to an uncomfortable, unavoidable reality.   Skirting discussions around sexually transmitted infections and diseases isn’t just irresponsible; it’s downright dangerous. This STD Awareness Month and beyond LELO and HEXTM are supporting Center for Disease Control and Prevention’s (CDC) critical – not to mention timely – message: Talk, Test and Treat.

Because the first step towards better sexual health for all lies in understanding the risks, repercussions and reality of STIs and STDs, HEXTM presents the lowdown on the then, now and future of sexual health, as well as simple steps for protection and prevention – without compromising on pleasure.

What’s in a Name?

STD? STI? What are they, which is worse, and what’s the difference? Broadly speaking, and in keeping with World Health Organization’s (WHO) 1999 guidelines[2], the preferred term for any number of spreadable nasties, no matter their prognosis, is sexually transmitted infection (STI). The confusion in terminology lies in the fact that an infection needn’t cause adverse effects. Take human papillomavirus (HPV), for example, which CDC estimates currently infects some 79 million Americans[3]. Although linked to genital warts and, for certain virus types, cancer, for most, this sexually transmitted infection remains dormant before eventually disappearing of its own accord.

STD stands for sexually transmitted disease. Although always preceded by an STI, the progression is far from inevitable – particularly if you get tested and treated! What’s more, although an STD will affect sexual health and function, just like an STI, symptoms needn’t be visible. Semantics aside, the most effective way to stop the spread of STIs and protect you and your partners is to practice safe sex: wear a condom.

Sexually transmitted infections and diseases are nothing new – there’s even speculation that the “sexually immoral person [sinning] against his own body,” in the Bible’s 1 Corinthians could be an oblique reference to STIs. Centuries later, William Shakespeare had ‘Troilus and Cressida’’s Thersites wish “Neapolitan-bone-ache” – bawdy Elizabethan slang for syphilis – on the entire Greek army. The particularly vicious jinx supports a widely-held theory that the disease’s rapid spread from the 15th century was driven by European colonization and trade routes.

Like today, it wasn’t just syphilis that the sexually active had to contend with: in 16th century Paris, prostitutes around the Le Clapiers district were blamed for spreading gonorrhea, earning the STI its colloquial nickname still used today – ‘the clap.’[4]

Throughout the 20th century, both the US Army and Navy waged war against STIs, either through promoting condom usage (“Put it on before you put it in,” urged 1942 training film, USS VD: Ship of Shame), or warning soldiers against “procurable women” and “good time girls.”[5]

Fast forward to the 1960s, and human immunodeficiency virus (HIV) was already being reported. But it was the first clinical observation of late stage symptoms, acquired immunodeficiency syndrome (AIDS) in 1981[6] that propelled sexual health on to the public radar, mixing messages of stigma and safety, treatment and taboo.

STIs may be old news, but that’s not to say that they’ve stayed the same. Like all living things, the bacteria, viruses and parasites that cause STIs evolve and adapt for survival. Such is the case with what’s ominously being referred to as ‘super-gonorrhea,’ currently causing concern in the UK in particular[7]. Long successfully treated with a combination of ceftriaxone and azithromycin, a current strain is proving resistant to the latter antibiotic. The second most common STI globally, left untreated gonorrhea can cause infertility, pelvic inflammatory disease and even blindness in infants born to infected mothers.

Meanwhile, in Central and South America, as well as areas of the Caribbean and beyond, a more complex threat still is gathering pace. Primarily spread via mosquitoes, Zika virus is not classified as an STI. Nonetheless, we now know that the virus can be transmitted sexually by men – with potentially devastating consequences. Just this month, a CDC review confirmed what had long been suspected: Zika virus is a cause of microcephaly and other severe fetal brain defects[8]. With that in mind, WHO’s latest guidelines regarding the sexual transmission of the virus is clear: “All people who have been infected with Zika virus and their sexual partners—particularly pregnant women—should… have access to condoms and use them correctly and consistently.[9]”

When it comes to Zika, it’s not just individuals living in affected regions who are at risk. As the Rio 2016 Olympic Games in Brazil draw ever closer, spreading the safe sex message is becoming more urgent – not least among the 10,500 athletes set to compete. For when all those endorphins, testosterone and sports-honed bodies become irresistible, at the London 2012 games a whopping 150,000 condoms were made available to athletes; with winter’s Sochi 2014 proving similarly sizzling.

Of course, it’s easy to make light of the titillating track record of what happens when sports and sex hook up – but the message is nonetheless a serious one, and ensuring availability of a condom not just to suffice, but to inspire, is essential.

Spread the Word – Not STIs!

In the same way STIs are nothing new, our approach towards today’s pandemic is similarly outdated. This STD Awareness Month and beyond, HEXTM is committed to addressing the ignorance, fear and unhealthy disregard surrounding STI prevention. Follow this month’s hottest topics with the hashtag #STDMonth16, and take action:

Finally condoms are the single best way to prevent the spread of STIs and protect your and your partners’ reproductive health. To find out more about how HEXTM is reimagining a future free from STIs and to receive a sample of the world’s most innovative condom to date, visit www.lelo.com/condoms