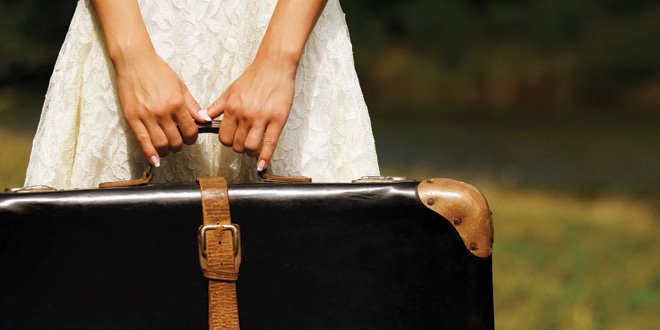 Forbidden Territory: Where Can’t You Take Your Sex Toys?

There’s nothing quite like a romantic getaway to inspire a spark between you and your partner. However, there’s nothing quite like trying to get your sex toys through airport security to put a damper on it. With careful planning (and removing the batteries) you should be ok traveling between most countries, there are some locations that are likely to end in an awkward luggage search or worse, loss of a treasured pleasure product. Below, we list some of the major destinations with rules to be aware of.

This one is a bit misleading to include on the list, but we do get asked about it a lot. While sex toys are technically illegal in Alabama, there’s nothing stopping you from carrying them across state lines unless it might appear as though you’re looking to sell them.

This might surprise you, given the rather debaucherous reputation Thailand has (especially among those who have attended their full moon parties.) but technically, sex toys are illegal. The Thai customs website prohibits ‘obscene items and publications,’ but anecdotally many travelers have reported no problems, as long as you’re not bringing a lot or in their original packaging, which would make it appear as if you are importing them for sale. As illegal as they may be, you can actually find them for sale if you look hard enough, though they will be of dubious quality.

The Ho Chi Minh City Customs Department said in 2011 that sex toys (which are banned from import) will also be confiscated from passengers carrying them into the country.

India may be the nation that gave us the Kama Sutra, but it may surprise you to know that sex toys are actually banned. In 2011, a woman flying from Los Angeles to Mumbai had her sex toys confiscated from her checked luggage, so it seems airport customs takes this ban quite seriously.

Malaysia forbids the sale and import of sex toys, and are also very strict on fake weapons including ammunition, so should you have a vibrating bullet that actually looks like a bullet, best leave it at home.

At the End of the Rainbow

When traveling internationally with your sex toys, it can also be important to consider the local laws and attitudes toward the LGBT community. There have been incidents of couples facing harassment and imprisonment at the airport when traveling with their partner and their sex toys. Thankfully, there is a list of LGBT rights around the world along with guidelines as to what is and is not usually enforced.

Unfortunately, it is quite difficult to compile an exhaustive list, so we offer these final words of advice:

1) Check the customs websites of any countries you plan on entering.

2) Stick to discreet products like the MIA™ 2, which resembles a tube of lipstick.

3) If you couldn’t bear to potentially have it taken away from you, leave it at home.