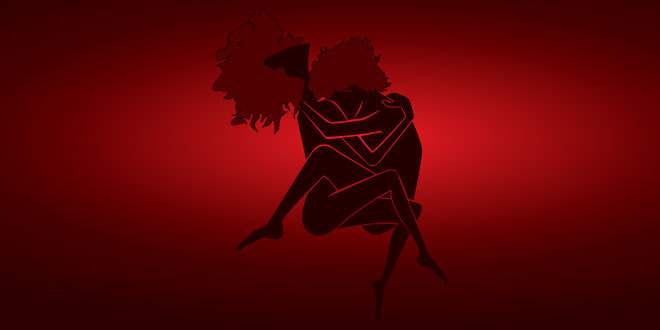 The Kama Sutra, written in Sansrift by Indian philosopher, Mallanga Vatsyayana, is not only one of the oldest texts surrounding erotica, but also one that encourages the celebration of sex and spirituality, and educates its readers on how to live a well-balanced, successful, and harmonized life in a meaningful way.

And it’s come a long way since its inception in India sometime during the second century CE! It’s been translated into many languages and continues to make its way onto the shelves of book stores and homes worldwide.

But what do you actually know about the Kama Sutra? Sure, most understand it as a guide to super bendy ways in which to get down, but in actuality—it’s a whole lot more than that.

What Does ‘Kama Sutra’ Mean?

The word ‘kama sutra’ has been translated into many different things. Some refer to it as a means to “treatise on sexual pleasure”, while others refer to it as the “teachings on desire”.

Whichever way you look at it however, the text was written as a kind of life manual for sexuality, spirituality and prosperity.

What is the Kama Sutra All About?

The Kama Sutra was written with three objectives in mind: dharma, artha, and kama:

In this way, you’ll notice that the text was not merely a compilation of sexual positions for couples to enjoy… it’s far more meaningful, versatile, and well-rounded than that.

And while sex does play a prominent role in the text, it’s written in such a way that it educates the reader about its place within a well-ordered life.

Despite this however, the takeaway for many is that the text was a manual solely made for sexual pleasure.

By now, you know that the Kama Sutra is not just a text about sexual pleasure. In fact, it is a series of seven different books all pertaining to different spheres within one’s life.

Book One: Sadharana (General)
Book one is a mere introduction, teaching the reader about the three life objectives: dharma, artha, and kama. It’s also about how to set up a home, the company a man should keep, and the different classes of women.

Book Two: Samprayogika (Embracing)
This is the more commonly-known book, as it pertains to sex. It talks about the different kinds of love, the forces of desire, kissing, 65 sexual positions, how a woman should perform oral sex, and other acts of a sexual nature.

Book Three: Kanya Samprayuktaka (Finding a Wife)
Here, the text concerns getting engaged and being married. It also surrounds female confidence, courting, how to show affection and adoration for another, and what both men and women should do to/with their partner if they want to marry.

Book Four: Bharyadhikarika (For Wives)
This book is for women who are married—how they should behave in and without her husband’s presence, how each wife should behave towards their shared husband according to age, as well as advice for men who do not like their wife or those who have more than one wife.

Book Five: Paradika (Other People’s Wives)
In book five, the characteristics of men and women are discussed, as well as why some women reject men. It also talks about how men can approach women (even those who are not their own wife), and how to keep their wife.

Book Six: Vaisika (Courtesans)
This text is about the different types of courtesans, the characteristics of a man that will attract women, how a man should behave and live, and how to attain wealth. It also talks about how to spot a partner that is losing interest, how to rekindle with an old lover, how to handle gains and losses, and how to deal with doubt.

Book Seven: Aupamishadika (Attracting Others)
The last book concerns winning over a partner’s heart, desire, how to enlarge the penis, and various other odds and ends.

To highlight the vast difference not only between cultures but also religions, you’ll be interested to know that the Kama Sutra was written with religion in mind.

And unlike Christianity that says that sex serves as a means of procreation, Hindus believe that the act and enjoyment of sexual activity is important in every day life.

Interestingly, and despite it being written over 2,000 years ago, the text is oddly liberal, giving women the freedom to choose their own partners—be it for marriage or sex (and extramarital affairs).

Today, this kind of liberal thinking, especially in countries like Saudi Arabia, is completely unheard of, making the Kama Sutra an interesting text and journey into traditional ways of life in the second century.

Kama Sutra Positions for Everyone

Now that we’ve covered the extensive contents of the seven Kama Sutra books, let’s take a peek into what is unequivocally the most popular topic. That is, sexual positions.

And while you may believe that the sex positions that are featured are super difficult to achieve and probably require five to ten years of gymnastics beforehand, this isn’t always the case.

Here are five positions from the Kama Sutra that just about anyone can enjoy, regardless of your flexibility or fitness level.

Aka, missionary that’s Kama Sutra-approved. In this position, the woman should be laying on her back with her legs open, and the man will simply enter her.

Why is this in the Kama Sutra list of sex positions? Well, doing it missionary style doesn’t always allow one maximum entry, encouraging a longer tryst and perhaps several rounds.

With the woman on her back cradling her knees, the man will kneel in front and enter her. This allows for deeper penetration, especially if the woman grabs the man’s butt to pull him closer.

Aka, reverse cowgirl. This is a Kama Sutra position for the way in which it makes a woman feel—powerful. She has control, and the man has a pretty great view while being ridden.

4. Splitting of a Bamboo

Allow the woman to lie on her back and lift one leg up to rest it on the man’s shoulder…enter, and voila.

5. The Milk and Water Embrace

This one gives the woman an opportunity to stimulate her clit, which is always a plus. In this position, the man should be seated in a chair or surface that doesn’t have any arms. The woman will get on top facing away, and start riding (into the sunset).

Ever heard of being a power-bottom? This is a step up from missionary, with the woman laying on her back and the man face-down on top of her, but – what makes this position different is that the woman props one of her knees up to the side of his body, and wraps the other leg around his body to meet the outside of her other knee. It gives her total control to squeeze in some extra intimacy.

This allows for deeper penetration, especially if the man is less endowed. The man is sitting with his feet under his bottom while the woman is laying with her bottom on his crotch and legs over his shoulders. The man can grasp on the woman’s legs for support as he bounces up and down to a kneeling position.

Remember wheelbarrow races in elementary school? Yeah, this one requires some effort for its rewards. The woman balances face-down with her forearms on the floor (or bed, depending on partner height difference) with her butt leaned against the man’s pelvis. The man holds her bent legs to the side of his waist, like a… wheelbarrow.

In need of a new perspective? The man is on his knees while the woman lies her shoulders down on the floor with her knees on his chest and bottom in the air supported against his hips. Is this what they meant by living a balanced life?

Open up those hips, boys! Similar to doggy style, the woman is face-down on her knees and forearms while the man is on his knees behind her. Instead of the man staying upright, he leans back with one arm on the floor which forces his hips forwards. The woman can scoot one of her knees further back than the other to create space to get even deeper. Coordination is key.

The Kama Sutra in the Media Today

With the people of today still in awe of the Kama Sutra, there are many brands and initiatives that mimic or celebrate it. And these three brands have, of late, hit the spotlight for their Kama Sutra-inspired themes.

In March 2019, the ready-to-assemble furniture store, IKEA, decided to revive the ol’ Kama Sutra by bringing out an expert guide on how to make your bedroom… more sexy. This book, rife with sexual undertones, is called, the IKEA Kama Sutra.

What this book actually is, is an ultimate guide of achieving bedroom satisfaction… in terms of furniture, bedding, decor, colour schemes, positioning etc. They too exclaim that “bedroom happiness awaits you.” Interesting perspective.

Check this out: Think Outside the Bedroom with Positions for Every Room!

Then, in November 2016, a couple from Florida decided that uploading videos to YouTube of exercise routines that have elements of the Kama Sutra would be a huge hit… and that it was. So much so in fact, that their video went viral on various social media platforms.

The idea was conjured up by former USF football player, Micah Morgan, who wanted to combine his passion for fitness whilst creating a stronger bond with his girlfriend. And so, this Kama Sutra workout video shook the world in all its sexiness!

And last but not least, the Indian Health Organization used the Kama Sutra text as a means to promote safe sex in 1993.

It focused on the 65 sex positions found in the Kama Sutra to encourage monogomy. This was done by motivating partners to practice different positions from the Kama Sutra in order to keep their sexual relationship alive and interesting.

This, in turn, would hopefully reduce the amount of promiscuity and swapping of partners in order to lower the spread of HIV/AIDS and STI’s.

The NGO also chose this route for their campaign in order to promote communication, openness, and gender equality.

And so concludes our colourful journey into the past—one that still has a big influence on sexuality today. Wasn’t that interesting?