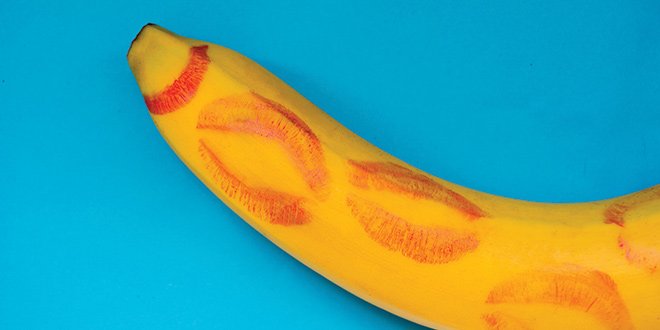 We at LELO are so pleased to welcome Emma Sayle, founder of Killing Kittens, the members-only club that hosts female-oriented sex parties around the world, to the Volonté blog as a guest author. Here, she offers her thoughts on what separates a good blow job from the bad.

Raising his eyebrows one guy said that was a bold statement to make and that truth be told she couldn’t know if they were telling the truth, or simply blowing smoke up her ass.

Now, I get that at least fifty percent of you will have retched reading that sentence. For some reason when men ejaculate during oral, many women feel pretty nauseous. Personally, I think that is to do with all the stupid myths that girls are told during their teenage years.

I can remember being told that you could taste the last meal that a guy had eaten, and that some guys literally exploded in your mouth. These types of bizarre old wives’ tales really do affect the way we have sex and unless challenged can hard wire us to act in sexual ways that limit pleasure on both sides.

The truth is, that firstly, giving head doesn’t have to involve swallowing, although there is research that suggests semen has a natural anti-depressant built into it, which means your are improving your own mental health whilst giving him a mind blowing orgasm.

Also, as opposed to ‘exploding’ in your mouth, the actual ejaculation is more equivalent to biting into a warm cherry tomato, which is hardly a terrifying scenario to imagine, unless you have a phobia to salad. Having this type of attitude can make the whole arena of blowjob’s feel, well, err easier to swallow.

However, if it is an absolute no, then you need to find a happy mid-ground when it comes to oral play. The truth is that men love a woman going down on them, because it is absolute surrender, they are literally giving you their crown jewels and trusting that they will get them back in fully working order.

There are some pretty simple rules to follow when giving head. Eye contact is key, there is nothing and I mean nothing sexier than you looking in his eyes whilst you have his cock in your mouth, believe me, he has been fantasizing about that moment his entire life.

Penises are built rather like matchsticks: the hottest parts are at the top – the head and the frenulum, which connects to the shaft, contain the most nerve endings and are most sensitive.

Concentrate your action here, alternating between sucking, swirling your tongue one-way and then another, and flicking it lightly. This is playful and flirtatious and if you need to practice then grab yourself a chub lolly and play with it in your mouth, using your tongue to explore it as this can make you feel more confident.

Make sure that you use your hands to apply pleasure to his shaft, ask him to tell you how hard he likes it, this adds to the intensity and also makes the orgasm even more intense.

Make sure you tickle and cup his balls, whilst you want to avoid squeezing as this is more likely to result in him writhing around in pain, as opposed to ecstasy, playing with them gently will be a huge turn-on for him.

If you really can’t stomach swallowing, ask him to tell you when he is nearing ejaculation and then let him take over. If you really want to give him a treat, let him ejaculate over your boobs, all the while looking at him directly in his eyes. I promise, he will be in absolute heaven and of course, you can make sure he returns the favor.