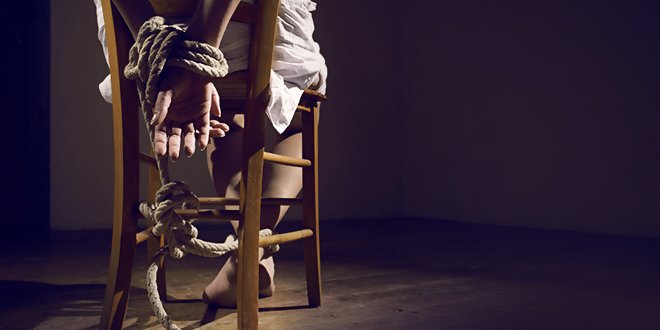 Vivian Lord was the hottest actress to grace the big screen in 5 years, and now she was coming to Broadway. The fearless Academy Award winner was taking on the lead role in the new Kenneth Harrison play, Hogtied.

While the playwright hadn’t yet met Lord, he was thrilled that she would bring her uniquely modern take on retro-Hollywood appeal his latest, most daring script.

Of course, Kenneth saw her in the newspapers, and on television in the days before he met her. Sightings of Vivian Lord around New York, and getting out of green and yellow cabs were rampant. The day she arrived at the theater, the entire cast dithering around, trying to take an ‘accidental’ selfie with her.

Kenneth resisted, feeling as though he should maintain some dignity, and as he would later get to know Vivian Lord, he was glad he had.

She was every bit as much the prima donna as she was beautiful. Taking a cue from her stage name, she walked around like a lord; the day could not begin unless someone got her a cappuccino, one with so many specifications he did not know how they kept the order straight.

And everyone would immediately be made aware if they had made a mistake, because she would have thrown one of her already infamous tantrums.

On stage, she was even more of a handful. The much younger leading man was not sure what to do with her in the most crucial scene. Kenneth had written a scene where a clothed Jorja—Vivian—was supposed to be tied to a chair and forced to come by her lover.

“No one can force me to come…no one is going to buy that scene!” Vivian declared, “Can we write that out of the play?”
“No!” Kenneth yelled, and everyone turned to look at him sitting front row to watch rehearsals. He was allowed to attend only as long as he was as quiet as a church mouse, but she wanted to take the most crucial scene out of the play. Hogtied was not entirely about bondage, but this scene was essential.

Vivian stared at him, and he was afraid that she was going to have security escort him from the theater. Instead, she smirked at him.

“Is it that important Mr. Harrison?” she questioned arching her expressive eyebrows.

“Well then show me. Show me why. I am just an actress, I need guidance…”

Kenneth was frozen in his place.

“Mr. Harrison, won’t you come here on the stage, tie me up and force me to come? I need guidance. Won’t you?”

There was something condescending in her eyes, and yet softness to her snarl that seemed to lead him unconsciously past the others scattered in the house seats and onto the stage. The lead actor handed him the rope.

“She is all yours…” he whispered in Kenneth’s ear.

Kenneth walked over to Vivian, who stared up at him, eyes wide with feigned innocence and indulgence. This scene was something he had written, but had never actually done. He was about to going to explore his own sexual fantasy, with Vivian Lord, in front of a bunch of people. But he did not care.

With surprising ease, he took the rope and tied her up securely against the chair. Her eyes were glued to him the entire time.

“I thought that was going to take a long time…” she said so softly, he was not sure she meant to say it aloud.
“I worry about you not coming loose, and not fancy knots to impress novices. Are you comfortable?”

Vivian looked deeper in his eyes, and as he waited for a smart comment from her. But she surprised him.

“I’m fine,” she said quietly, and looked down at her lap.

She softened under his touch as he checked every part of her that was bound. Behind her back, he caressed her wrists and stroked her forearms. He rested his hand on her thigh, and then let it drift over her calves before he checked her ankles.

Vivian squirmed in the chair, and he sensed with surprise that she was aroused from his simple touch. He had not even attempted to turn her on.

And yet he was turned on too; the silkiness of her soft skin under his fingertips was arousing. He pressed his crotch against the back of the high chair and hoped no one noticed.

“When I wrote this scene, the main thing that turned me on was the trust. I wanted to underscore how sexy trust is; Jorja does not think that she can come from being tied up, but she will. She will come hard. She will be forced to come hard…” Kenneth was so turned on he could feel every beat of his heart reverberating through the length of his shaft.

The director stood and clapped as Kenneth walked offstage. Kenneth was sure that she was applauding him for handling the difficult star so well, but now he needed to get offstage and handle himself, because touching Vivian had gotten him very aroused.

Kenneth sat back down in his seat, thinking about touching Vivian, the touch and scent of her skin seeming to stay with him. Watching her now, fully clothed in her loose rehearsal clothing made him so hard that he almost wanted to start pleasuring himself right then and there. Then at lease, he could still see Vivian, because she would not be there when he made himself come later in the privacy of his home.

After the rehearsal was over, he stayed with the director for a bit, who finally smiled at him and confessed what he had thought her applause had been all about.

“You know how to handle Vivian Lord!” she smiled.

Kenneth wished he could handle her. Touching her made him want her in a way that he hadn’t allowed himself before, and he wished that she would force him to come. He walked backstage, and was startled to find Vivian standing, half outside of her dressing room, looking the picture of a shy starlet in a vintage movie.

Kenneth smiled. He knew exactly when she had come on the stage, he could tell by her tense thighs and sudden squirming, and he nearly going to come himself, remembering the expression on her lovely face and her body now so close to his.

But the, still standing in the doorway to her dressing room, she reached toward him and cupped his now obvious bulge, tenderly, while looking in his eyes with that soft expression she gave him onstage. It was too good, the sensation, watching her face and then following her arm to see how she touched him now through his pants…

And just like that, Vivian Lord made him come.

She smiled, and then turned to re-enter her room, “Come into my dressing room for a second?” she called over her shoulder, not looking at him.

Leaning heavily against the doorjamb, Kenneth stared after her, unable to move. Completely dumbstruck, he silently followed her into the room and closed the door.