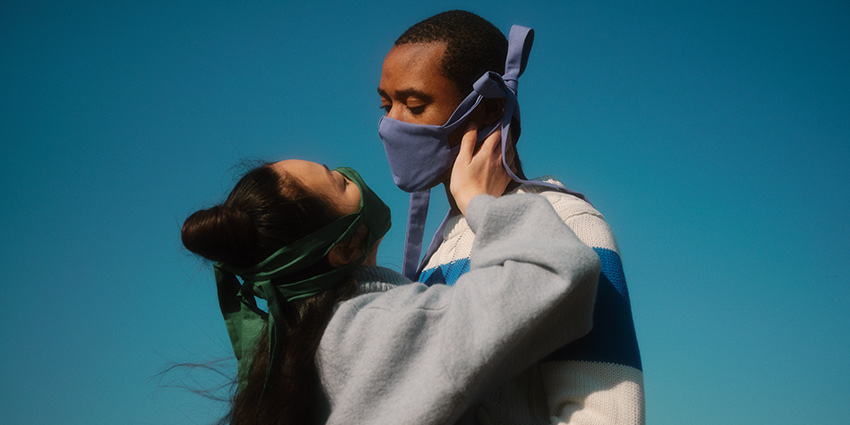 Is Your Racial Dating Preference Racist?

“I only date Asian girls because they’re so hot.” “Once you go black, you’ll never go back.” “Oh, no, man. I only date white girls. Black girls are just not my type.” Unfortunately, statements like these are a fairly frequent occurrence in conversations amongst people, even the younger generations, who are more aware of racism and racial prejudice.

Only when the Black Lives Matter movement shook the world in 2020 did dating apps like Grindr decide to remove the ethnicity filters they had in place. We might think that if we don’t go around insulting people of color and if we put the #BLM in social media profiles, we are allies, and no way could we be called racists. But how about unconscious racism?

Dating app OkCupid found that white, Asian and Hispanic women all exclusively prefer white men over other ethnicities and races. Their reply to black men is barely over 20%, indicating a clear racial bias. OkCupid’s data also shows a strong bias against black women – out of all races and ethnicities, black women receive the least replies from men, despite black women replying to messages the most out of all women.

You see, preferring one hair or eye color over the other doesn’t have the same cultural and racial prejudice. Those preferences are not based on racial stereotypes portrayed in media. Sure, there are stereotypes about blond women being stupid or redheads being wild in bed. But these stereotypes are nowhere as harmful as stereotypes of black women being either angry black women, uneducated sisters, baby mammas, or unhealthy fat black women or the stereotype of all Hispanic men being illegal immigrants.

Why Your Racial Dating Preference Is Racist

Imagine if an employer was looking through a pile of CVs to hire a new person to their team. As they go through the file, you notice that they put aside all CVs from people of color. When you ask them why they do that, they reply with a casual: “Oh, they’re just not what I’m looking for!” That would be blatant racism. And in most parts of the world, that sort of thing would be unethical and illegal. So why do we consider this sort of behavior unacceptable in workplaces yet totally acceptable in our personal lives?

In the same OkCupid research, they have found that even 45% of white people would strongly prefer to date someone of their own skin color/racial background. The argument of “oh, but I just don’t find black men attractive” or “you can’t help if I don’t find Asian men attractive” is the most popular defense you hear from people. And these types of statements raise the question: “you’re not attractive to any black or Asian men on the planet? Not even one? You’ve dated them all to know that?”

How can you know you’re not attracted to the whole race when you haven’t dated the whole race? You don’t hear the same sentiment about the white males who are the most desired male race to date, as we can see from OkCupid research.

L.A. love coach Damona Hoffman identifies two primary factors that affect how people choose partners to date: physical attraction and familiarity. When it comes to familiarity, she explains, “Regarding familiarity, we tend to be attracted to people who remind us of someone we know or have dated in the past… Yet on a deeper level, we’re attracted to cultural familiarity.”

Cultural differences and rules play a huge part in who we date. Who we even allow the grace of being considered as someone we would be interested in dating. If you grew up in a household that told you not to date other races, naturally, you’ll be choosing people of your own race to date. However, this means you’re not giving everyone a fair chance when choosing a partner, excluding certain people only because of cultural and racial differences. Now, if we go back to the workplace example of an employer choosing a new person to hire. If they don’t give every candidate a fair chance at being hired only because of the tone of their skin or their name sounding too “ethnic,” what do we call the employer?

What We Find Attractive Is Determined by Society

Most people believe that who and what they’re sexually attracted to and turned on is something that they were born with. That’s not how it works, though. Who we find attractive and what turns us on is a learned behavior shaped by various things in our lives.

Clinical psychologist Dr. Courtney S. Warren explains, “Ss such, our cultural environment(s) teach us the traits and characteristics of people that are deemed more desirable and less desirable largely based on who has the most power.” And who in the media and history has always been portrayed as having the most power? White people.

Our attraction to skin tones is also formed by the images we see in media. As Hoffman explains, “We are attracted to the image of beauty that is currently being marketed to us.” White thin people were marketed as the epitome of beauty for decades. Only in the last decade have we started seeing the inclusivity in seeing more than three shades of white in ad campaigns. Hollywood, the most influential industry globally, has been predominantly white for decades. Only recently did we start seeing movies and TV shows like Black Panther or Power with POCs as leads and not supporting roles for white actors.

So, when the whole world is telling you that white is the epitome of beauty, naturally, your dating preferences will be towards white-skinned people rather than people of color. However, it doesn’t have to be this way. The science of our desire shows us that we can, in fact, control how we date and whether we choose to have racial dating preferences that are racist.