Bullshit. I had relationships which lasted months but hurt for years. There’s a girl I dated in High School that I haven’t seen for 15 years, but I still think about calling her. Luckily, thanks to science and psychology, I know that contacting an ex is almost always a mistake. Here are the top five reasons to contact an ex. Boom. 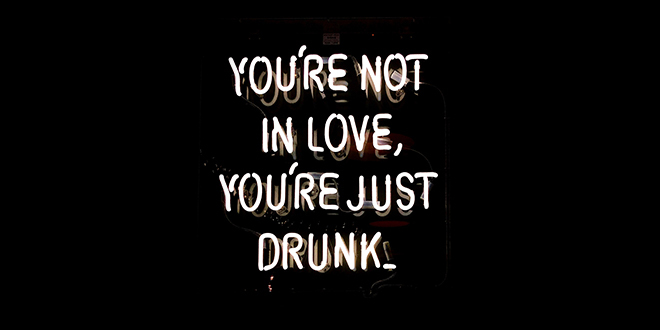 Your memory is an absolute jerk. It will trick you into believing the past was better than it really was. Our memories are constantly affected by what psychologists call ‘positivity bias.’ In short, it’s easier for us to recall positive events than negative ones. That means that when you’re reminiscing about your history, you’re much more likely to remember the time they sent you your favourite flowers at exactly the right moment, rather than the way the clipped their toenails in the kitchen sink.

Perhaps more importantly, it’s easier to remember how good they made you feel, instead of how bad. This is true of pain generally. You can remember in detail how good a meal tasted, or an orgasm felt, but it’s almost impossible to recall the pain of a broken toe, for example. That’s for evolutionary rational reasons: if we relived the pain every time we recalled it, our lives would be debilitating. The same is true of emotional experiences.

That pleasant feeling that comes with a sense of sorrow you feel when you think about your ex? Sorry, it’s not real. There’s another memory bias at play here: fading affect bias. This makes it more difficult to recall negative feelings about past events. It’s much easier to remember positive feelings than negative ones, in the same way that positivity bias makes it easier to recall good events than bad one. Fading affect bias works exactly the same, except with emotion instead of events. Positive emotions last longer in our recall too, which can conceal the feelings of rejection and anger in favour of love and affection.

There’s a correlation between anxiety and depression, and the desire to contact an ex. It’s not absolutely certain, but a 2015 study found that people who had accepted a Facebook friend request from an ex had higher levels of anxiety and depression than those who didn’t. The long and short of it is that it’s not going to be healthy for your mental wellbeing. Seeing your ex in happy posts, and possibly in a new relationship without you could be damaging for your mental health. Don’t do it to yourself.

Contacting an ex and scrolling through their social media, scouring every photo and comment might be a sign that you’re not over your ex. It should be sending you warning messages that you need to cut ties not just for your own sake, but for your ex’s too. It’s not fair on you or them to be stalking an old partner’s recent history, and it will only make you feel worse. And you know what? It’s even harder if it wasn’t you who initiated the breakup.

If you’re in a new relationship, or seeking one, or simply open to the possibility of one, contact with the ex could be very damaging. We tend to treat ex partners as back-burners: people with whom we maintain contact in the possibility that they might become romantic or sexual partners at some point in the future. Being tempted by – or even just thinking about – a back-burner for any amount of time has the effect of lowering your investment in a current partner. Communicating with an ex is also associated with lower levels of satisfaction with a new partner, by drawing unfairly favourable comparisons with the old one. Contacting an ex could spell the end of a new relationship.

Those are just five more reasons why contacting an ex is going to get you more hurt than you already are. And I’ll throw an extra one in there as a bonus: what are you hoping to achieve by contacting an ex? Is it closure? Is it the chance to restart the relationship? Whatever it is, you’re probably not going to get it. Do you think your ex is suddenly going to give you everything you want if you drop them a Facebook message? The relationship failed for a reason. Even if you hate the reason, it still exists.

And if all else fails, you still have LELO. We’ll always love you, unconditionally.