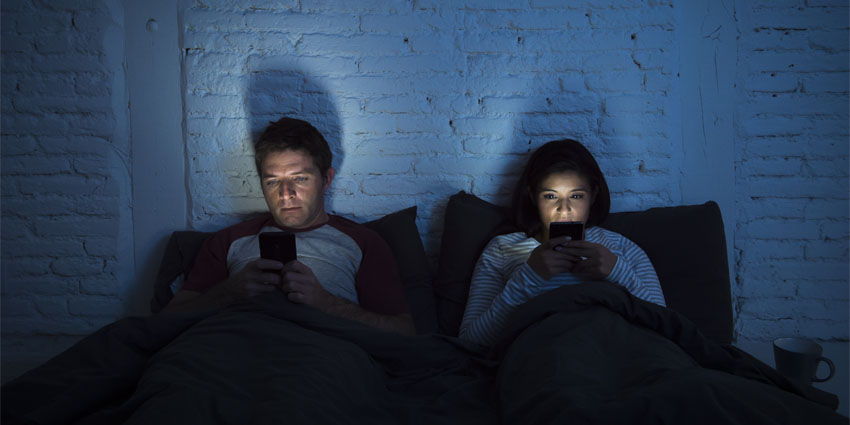 Does Social Media Help Your Relationship or Ruin It?

The connection between social media and relationships has been the topic of conversations for years now. Multiple studies show that social media impacts our mental health and how we view ourselves, and our self-esteem. So it’s only natural to assume that it should also impact our romantic relationships, right?

In the same study, 74% of people reported that the impact internet had on their relationship was positive, with only 20% reporting a negative effect on their romantic relationship. However, looking at the general consensus of how social media affects relationships, social media is often painted in a not-so-positive light.

So, let’s look at the relationship between social media and our romantic relationships to better understand the connection.

One of the most common negatives of social media and relationships online is the unrealistic picture of what a relationship should look like. Social media is filled with curated moments from people’s lives. Couples love to share their relationships with others, capturing only the sweetest and happiest moments, which can often create the illusion of a perfect relationship.

It’s rare to find a couple sharing a moment where they’re fighting with their significant other or when their holiday went wrong, and they were not talking to each other for two hours because of it. To those scrolling, seeing the perfect happy couple moments on their feeds, it can feel like their relationship is lacking because it’s not always happy and perfect.

A study published in the Journal of Education and Social Development reveals that the bigger the role social media plays in someone’s life, the less satisfying their relationships are. So, it’s natural that when you see perfect couples on your social media feed, you’ll start resenting your relationship and life, wishing that you too could be just as happy and beautiful as those couples you see on social media.

One study found a link between social media and increased jealousy in relationships. It’s very easy to get sucked into the never-ending cycle of surveying your partner and their activities on social media profiles with the internet being available 24/7. Seeing your partner follow other people or like and comment under other people’s posts can make people jealous and even create paranoia that their partner is cheating on them.

Stalking your significant other on social media can also encourage comparison where you start comparing yourself to your partner’s ex and past relationships. This can lead to negative self-esteem and lower your satisfaction with your relationship because you’ll always be comparing it to someone else’s.

However, Dr. Marlynn Wei adds that “researchers hypothesized that those with higher levels of relationship uncertainty, such as fears about the relationship’s future, would demonstrate increased surveillance of partners.” So, it might be that not every couple will participate in the toxic social media behavior leading to jealousy.

A study conducted at Brigham Young University revealed that one of the most common negative effects of social media on relationships is distraction, irritation, and decreased quality time spent with the significant other. When one partner is consumed with social media and scrolling, it’s easy to forget the important things and neglect the other partner’s needs. It’s also common for the partner to get irritated when their significant other interrupt their social media time, leading to conflicts.

In the 2020 study, researchers at Pew Research Center found that even 51% of Americans in romantic relationships say that their partner is often distracted by their phone while trying to have a conversation with them. And 40% of people admit that they’re bothered by the amount their partners spend on their phones.

Relationships are a two-way street and require constant work and attention to be rewarding. If one partner feels as if social media has a more important place in their partner’s life than they do, then it can create negative feelings towards their partner and lower the satisfaction of the relationship.

Not everything about the relationship between social media and relationships is negative, though. Researchers at Pew Research Center found that teenagers feel more connected to their partners due to social media. In another study, researchers found that 41% of young adults between the ages of 18 and 29 also report that they have felt closer to their partners due to connecting with them online.

So, despite the obvious negatives that come with social media, it’s clear that people find it useful to feel closer to each other. Communicating over social media, commenting, and liking each other’s posts can be a way to show affection for another person. It’s also a way to feel part of each other’s lives if a couple doesn’t see each other often due to location or personal reasons.

Another benefit of social media on relationships is that it helps connect single people. One study revealed that online dating has almost entirely replaced other forms of meeting significant others for heterosexual people in America. Meeting people on dating apps rather than in coffee shops or clubs is very common for younger generations, and social media can serve as the platform where people meet their significant others.

So, while there are dangers that come with social media and relationship building and nurturing, there is also a huge positive impact on people’s lives and the way they connect and find their romantic partners.