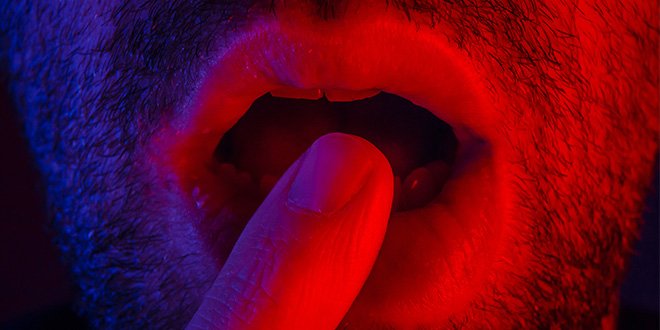 How do you do, fellow straight guys? I certainly hope you’ve got some board shorts and flip flops on, because here’s a hot take you can sear a steak over; ladies aren’t as in to being fingered as we think they are.

What a shocker*, right? Now, I know what you’re thinking, because I am thinking the same thing; “you mean all of those years – the accumulated hours – of blindly jabbing and darting my digits in and out of a vagina have all been for nothing?” Sorry to say big fella, but most likely it’s a definitive yes – at least, the way you were doing it.

So where do I get this oracle-like wisdom? Am I the Vagina Whisperer? Do I breathlessly tell you this from cracked lips, my wind-beaten features and wracked body standing behind a divining rod of vagina? Heck no man, I just have a wife and close friends that I can talk to frankly about this stuff. And not just talking; listening too.

One source – an anonymous one – assures me that ‘getting fingered can be good, but it requires direction and instructions. If I tell a guy what to do and how to do it, then it’s worthwhile. Otherwise it’s just a waste of time for me.’

HOW TO FINGER A WOMAN PROPERLY

MAKE SURE YOUR FINGERS ARE WARM

Christ’s sake, it seems like a no-brainer right? You wouldn’t dare touch you dick with those cold claws, so make like a hobo standing over a fire barrel and blow into your mitts until they’re at least room temp. Also trim those fingernails, Wolverine.

Rather than darting your fingers in and out, strike balance between finger insertion and dancing over and around her clitoris. And, before
you put your finger into her vagina, give her plenty of clit attention to get her wet. A finger into a dry vagina is no fun. In short, your hand is already down there near what for most women is their biggest sources of pleasure; so don’t neglect it.

GET A HANDLE ON YOUR STRENGTHS

So pretending your fingers are just several rigid dicks attached to a hand and thrusting them in and out as such doesn’t do anything – duh. You’re not playing to their strengths, namely their bendability and sensitivity. Curly your fingers to hit her G-spot, using exactly the right pressure of your fingertips  – such as that your penis never can. And, be sure to ASK her what is feeling good and not while your fingers are down there.

BE NOT MAN: BE MACHINE

One day dear reader, you’ll grow to be a man. A man who realizes the limitations of his body. At this point of your life, you’ll (hopefully) have a stable income, and with each new partner that comes into your life, you can bestow upon them a gift that will last them much longer than your relationship might.

Of course I’m talking about a small and discreet kind of sex toy that can play with a clit and all of its surrounding parts more pleasurably than you’re physically capable of doing. That’s certainly not a knock on you; simply a fact that a motorized wonder can give the pleasure of 10 men, and perhaps it’s time you made the investment.