The Psychology of Submission: Equal But Different

Actually, I’d say they look at submissives that way. Dominants make more sense, don’t they? Dominants are in control and have all the power. They get what they want, when they want it.

What does a submissive get out of any of it, other than kinky sex*? 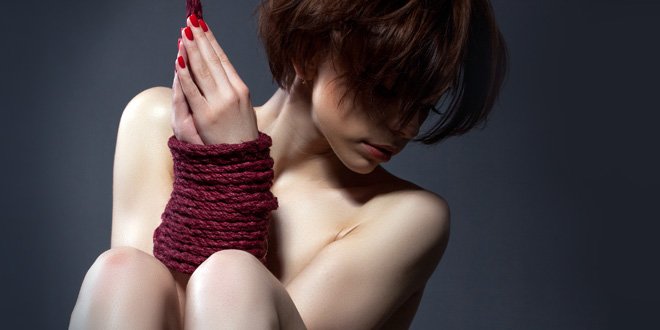 People on the outside looking in on any dynamic, relationship, lifestyle, or situation only see what’s on the surface. In this case, a strong (often male) Dominant standing over a kneeling, naked (often female) submissive. He’s in charge. He’s powerful, and she’s weak.

I guess that’s what it would look like from the outside. But, as with most things, that view doesn’t consider the thoughts, emotions, feelings, conversations, negotiations, and inner voices that guide all of us.

Dominance and submission is a constant push and pull between willing partners. One leads, the other follows. One commands, the other consents. The needs of each are different – to control or to be controlled. The power and trust, however, are equal even though each partner is on different ends of a spectrum.

The misconceptions surrounding D/s are many:

Lies! All lies! Dominants and submissives are first and foremost people in a relationship. Each person must find it fulfilling in order for it to be successful and last any length of time.

D/s is a give and take power dynamic. Each side feeds off of the other.

Yes, I’m a female submissive in a relationship with a male Dominant, and from the outside, I’m the stereotype. I enjoy kneeling (while quite naked, thank you very much) at his feet. I enjoy pain, rough sex, and being told what to do, commanded, if you will. Yep, that’s me, your “typical” submissive. Of course, there’s also the stuff you’ll only see if you look closer.

The power in my D/s relationship sits with me, the submissive. Without my cooperation and willingness to submit, there is no D/s. He may be a Dominant, but he’s not dominating anyone unless he has a willing submissive. Sure, either of us could decide to stop a scene, a moment, or even the relationship. Free will still applies. But the act of Domination from a BDSM standpoint can’t happen (legally) without a consenting and willing submissive. He can tell me to get on my knees, but only I decide if I will or not. The freedom, as a submissive, is knowing you can trust your partner enough in order to let go completely and follow the rules, guidance, commands, and directions you’re given.

On the other side, a Dominant needs to know they can trust their submissive to follow those rules and protocols and to do as they are told. Some of those rules are for the Dominant’s benefit – they get off on the control. Some are for the submissive’s benefit – they needs to learn discipline. Others though are mutually beneficial. At the end of the day, it’s about integrity, though. Trust in one another, control over their own actions, and an understanding of the power they yield – these are what make a D/s relationship successful and satisfying.

A submissive is given a command by their Dominant. What does it mean? What is it for? Is a Dom just a power-hungry bully and is a submissive weak-willed and simpering with no thoughts of their own? Every command should have a purpose – from kinky fun to something deeper. A submissive’s willingness to comply can come from multiple places.

That moment could be a spanking or a bit of kinky fun. The submissive wants the release of endorphins and the pain. The Dominant wants to exert ultimate control and make physical, mental, and emotional contact with their partner. At the same time, maintaining a position keeps them both safe from accidental harm. One wrong angle, and real damage can be done when partners play rough. It’s a power play, a means to a kinky end, and a safety measure.

Look at it from a different perspective, though. That moment could be a test of wills. A Dominant places their submissive into a position and expects them to maintain it until they releases them. Let’s be real, if they weren’t willing, they could walk away at any moment. The reasons a submissive maintains that position vary: they’re turned on by pleasing their Dominant; they’re stubborn and refuse to falter before their Dom gives the word; they know that compliance will yield a greater prize later. Who knows what a particular sub’s reasons might be, but none of them are based on weakness. Their own integrity keeps them in place, regardless of any other reason.

Submission isn’t a two-dimensional act done by an unthinking robot or a weak-willed person who requires guidance to get through their day and life. No, submission requires thought, consent, and integrity, as well as the understanding that there’s a reason for everything that happens.

D/s is both simple and complex. Simply put, it’s a power exchange between two willing partners. The Dominant makes the rules, sets the course, and takes on the responsibility of the care of another human being. Submissives follow the rules, serve their Dominant, and should provide constant feedback in the form of continued consent, safewords, and sharing their thoughts and feelings about the experiences they’re having. Each has their part to play, and both have their own kind of power. There is no D/s without both partners willingly engaging – they’re equal but different.