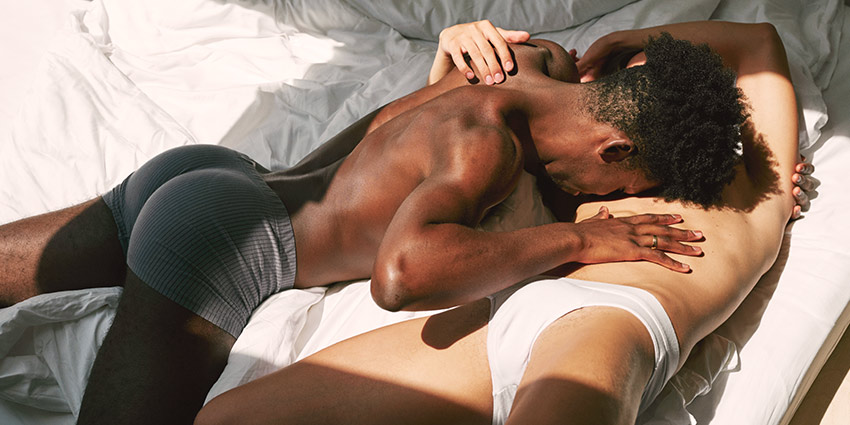 What Is a Soft Top? Everything You Need to Know

After downloading Tik Tok in an attempt to stay culturally relevant as a journalist and aging millennial, I was introduced to the concept of the soft top.

As a sex educator and columnist, I will be boastful and admit that there’s rarely a sexual topic that I’m completely in the dark about, so I was humbled when I found that the subject already had 3.2 billion collective views on the most influential app on the planet.

I curiously clicked the hashtag and devoured hour’s worth of digestible videos from our most sexually liberated generation. During this deep dive, I came to find a soft top is someone sexually dominant, but otherwise gentle and nurturing of another person or significant other.

It appears that while soft tops started becoming a hot topic on Tik Tok earlier this year, it’s been a more tepid subject on message boards for the last few years. It even got its first entry in Urban Dictionary around this time, where, true to form, the wrong use of “you’re” is prominently featured.

Though its usage would appear most popular among the LGBTQ+ community, soft tops can be of any sexual orientation or gender, and the reasons one may identify as such are open to interpretation. For example, Reddit user aspriationallopside, shares a more common association with the title:

“I prefer to dominate my bf in bed and he wants me to take control, like 99 percent of the time,” they write. “But outside of sex I’m very nurturing and protective, I wouldn’t hurt a fly. It helps to look intimidating but I am soft as hell. I don’t want a dom/sub relationship. My bf gets that about me but I’ve had relationships with guys who were disappointed I wasn’t a tough guy.”

While some soft tops may possess this definitive reputation, others find comfort in the term to distance themselves from the masculine association of topping because they may present more feminine.

“I’m trans femme and not into masc association of topping, and I have fairly bottom energy, yet I love to top,” Reddit user Pyrollamasteak says. “I think ‘soft top’ should apply to anyone who has bottom energy but enjoys topping.”

Others simply see a soft top as a “submissive top,” or the inverse of a “power bottom.”

“Last week I tied a guy up and inserted increasingly large toys into him,” Reddit user vital dual shares. “And between each I cuddled him and told him how cute and special he is.”

In many cases, people find comfort in the term as a way of escaping the masculine trappings of being the insertive partner during sex. This, of course, stems from the antiquated belief that certain behaviours or mannerisms (masc/fem) indicate that you are a top or bottom in the bedroom.

The reality is that everyone, no matter their sexual orientation or gender identity, is primarily exposed to cisgender, heterosexist scripts where men are presented as masculine, dominant, and the insertive sexual partner during sex and cisgender women are scripted as the submissive, receptive partner.

Because these are often our only examples, most of us, even those who don’t identify as cis-hetero, apply these norms to our own sex lives. That’s all we know.  This is even reflected within queer media, where tops appear larger and masculine than bottoms, who are slim and submissive.

“’Soft top’ offers a role for men who reject the tropes and stereotypes that cisgender heterosexual masculinity encourages,” Justin Sitron, PhD, Associate Professor of Sexuality Studies at Widener University’s Center for Human Sexuality Studies says. “There are as many ways to have sex, and when we focus on co-creating a sexual experience, the people involved will all have more fun because it’s the sex they want to have, rather than the sex they think they should be happening.”

While more traditional gendered roles in the bedroom may work for some, the idea that a top must be dominant without compassion is outdated and potentially dangerous to our bodies. “It doesn’t really work for anyone,” Sitron says, adding that he’s witnessed a similar attitude shift among cis-hetero women, who’ve become sexually empowered and confident taking autonomy over their bodies.

If nothing else, a soft top is a title offering a modern alternative for people who’ve worked to unpack the limitations that gender norms place on us, granting the freedom to seek a wider range of alternatives to develope intimacy and connection within our sexual and romantic relationships. When we free ourselves from these imposed limitations we create a larger playground to experiment in, with more options to explore and discover what really turns our crank.

For some people, the masc/fem, dom/sub dynamic is exactly what they’re looking for, and in that case, they don’t need an identifier like soft top. But those that do find the title a more suitable and comfortable alternative. One that let’s you know after sex, there will most certainly be cuddles.