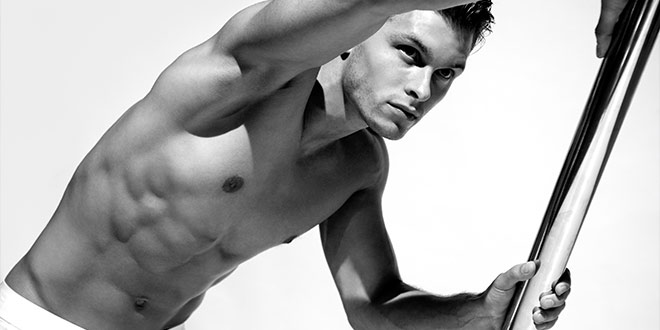 Why the Heck Do Men Have Nipples?

It’s a question for the ages, one that scholars and philosophers alike have scratched their heads over. Likely, one day in ancient Greece, even Socrates and Plato himself looked down in the shower and pondered ‘what the hell do I have these things for, anyways?’

Of course, ‘these things’ that he was wondering about are his nipples. His male nipples.

Have you ever wondered why guys have nipples, considering they don’t use them for anything? They don’t nurse babies with them like women do. Come to think of it, there’s a strange double-standard when it comes to nipples in that men can show off their useless nips with no problem. However, when a woman does it (think Janet Jackson’s ‘wardrobe malfunction’), there’s a huge fuss. So not only are male nipples useless, they’re somehow considered benign when compared to women’s nipples. Weird, isn’t it?

So, why the heck do guys have nipples?

It all starts in the embryo.

When you’re an itty-bitty baby in your mommy’s tummy, you begin developing certain biological structures in the first few weeks after conception, including itty-bitty embryo nipples. The biological structure of breasts and nipples starts developing between the 4th and 6th week of development, before the development of the genes that dictate your gender, which come around week 7. Very basically put; you have nipples before you ever develop your male or female (sometimes a mix of both) traits.

After being born, baby breasts and nipples look the exact same, regardless of sex. They don’t undergo any actual change until puberty: for both boys and girls, this is a time when nipples enlarge, however, female nipples grow more, and the ducts inside the breasts enlarge and reshape the breast. Meanwhile, male ducts shrink and their nipples become more or less uniform. Women end up with varying nipple shapes and sizes due to their individual developments.

Why didn’t males evolve to not have nipples?

As we said before, they’re developed before you even become a ‘male’ or a ‘female’, and when they do develop, they don’t pose any kind of harm or a problem. We haven’t evolved them away, it seems, simply because there is no reason to.

They can’t be totally useless, right?

It depends on what you think they’re useful for. Assuming that ‘giving milk’ is the benchmark of a nipple’s purpose, men can do that, under specific circumstances. Some men’s nipples will produce milk if they’re experiencing a hormonal imbalance. Some men, if recovering from starvation or extreme malnourishment will also lactate. In all of these cases, the milk that comes from their nipples is very nearly the same as the milk that comes from mothers who are lactating.

Aside from possibly (rarely) giving milk, male nipples do have their uses for pleasure. Almost any man can tell you that nipples are an erogenous zone. They can be teased during foreplay and lovemaking, and men and women alike can enjoy activities like wearing nipple clamps.

If men can have ‘man boobs’, can they get breast cancer as well?

It’s pretty rare, but yes, they can. Of all breast cancer diagnoses, 0.5% to 1% are men, while the other 99.5% to 99% are women. Because it’s so unlikely, men who do get breast cancer don’t find out until it reaches an advanced stage, so if you (a guy reading this) notice any changes in your own breasts, like a lump in your breast tissue, nipple discharge or cracking on the skin of your nipple, see a doctor to be safe.