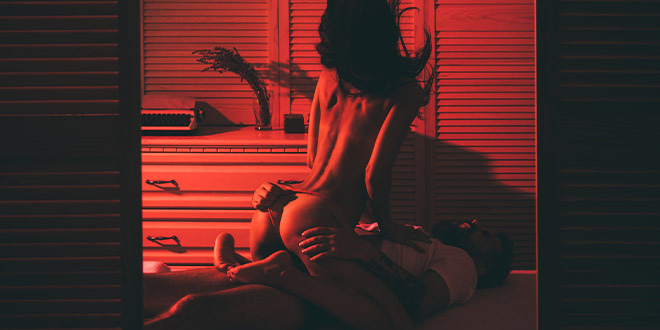 Is It Possible To Have A Bad Orgasm?

If someone has an orgasm during consensual sex, people generally assume that the sex must have been good. However, in a recent study published in the Archives of Sexual Behavior, researchers found that consensual sex can be bad even when orgasm occurs. They called these kinds of experiences “bad orgasm experiences.”

In the study, participants described experiences where they had an orgasm during sexual experiences that were negative and/or non-positive in three ways:

While it might seem like the encounter must have become positive if the participant orgasmed, many participants described these experiences in negative ways even though their orgasm occurred.

How bad could orgasm experiences really be? Evidence suggests that the answer is: very bad.

Terms that the participants used to describe their experiences included “hollow and mechanical,” “irritating and uncomfortable,” “not a good experience” and “mental torture,” among others.

Participants overwhelmingly reported that the orgasms they had during the encounter were less or not at all pleasurable compared to orgasms in other, non-pressured encounters. For example, many participants stated that the pressured orgasm felt “weaker” or “dull,” like a physical response with no associated pleasurable sensations, and/or physically the same but emotionally less pleasurable.

Bad orgasm experiences also had negative effects on participants’ relationships, sexuality and psychological health. This was often because participants felt that having an orgasm invalidated their negative emotions, encouraged partners’ problematic behavior and/or led their partner to dismiss the participant’s expressed concerns. For example, one participant who brought up issues with a partner’s sexual conduct said that their partner responded by saying, “You enjoyed it, didn’t you?” as if the orgasm overrode the partner’s problematic behavior.

Additionally, bisexual participants reported feeling that they had to orgasm with partners of different genders to “prove” their bisexuality. Some trans and/or non-binary participants said that having orgasms, in general, triggered gender identity conflict (some participants referred to this as gender dysphoria); though for others, gender identity conflict set the stage for unwanted orgasms and/or being pressured to have sex or orgasm when they did not want to.

What Can We Conclude?

Clearly, bad orgasm experiences were related to coercion, compliance, and/or orgasm pressure in ways that were contextualized by people’s relationships to identity stereotypes and experiences. Together, the results of this study send an important message: contrary to popular belief, orgasm during consensual sex is not always a pleasurable experience.

Having an orgasm does not mean that the sexual encounter or orgasm was enjoyable or that the negative feelings of the person who orgasmed no longer matter or have disappeared. Furthermore, identity stereotypes and experiences create added pressures for individuals that can exacerbate the reasons why an orgasm experience is bad.

Overall, it is problematic and potentially harmful to assume that orgasm always equates pleasurable, wanted sex. Sexual partners should communicate their concerns and desires even when orgasm occurs because orgasm does not necessarily mean that the sex was wanted, arousal was present, or that the experience overall was “good.”