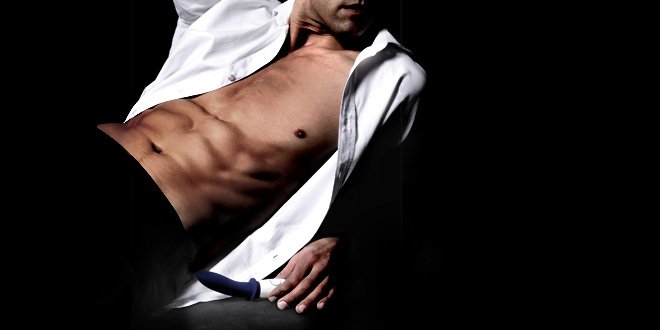 Can You Use a G-Spot Toy As A Prostate Massager?

Despite the information that men buy more sex toys than women, it’s reasonably accurate to say that the majority of sex toys developed today are aimed at women. Men are amply catered for in terms of personal pleasure, but statistically it’s women who hold the monopoly on vibrators. 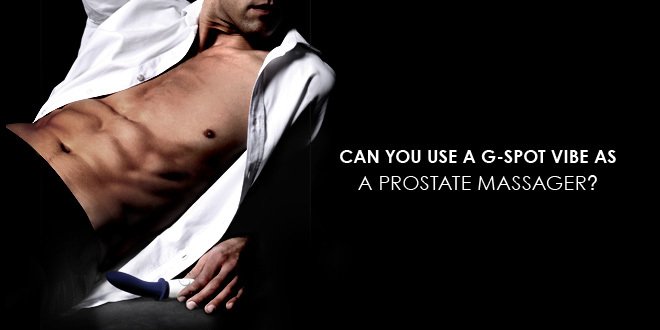 There are a lot of assumptions about sex, but that doesn’t mean experimental men should not explore the limits of their physical pleasure in the same way that women do, because the many pleasure products available to women can potentially be repurposed for men.

The Difference Between The G-Spot And The Prostate

It’s still hard to believe that there remains little medical consensus on the purpose of the G-spot. A lot of the information out there about it is contradictory, or uses unstandardized language, or reports different physiological effects. (The same is actually true of the clitoris in a way: it’s the only piece of anatomy known anywhere in the animal kingdom with the sole purpose of providing pleasure.)

Due to this, we’re reluctant to make any medical claims here about the differences in the G-spot and the prostate, apart from this: it’s generally accepted that women have a prostate (or at least, they have prostatic tissue, sometimes referred to as the Skene’s gland), and it seems to be distinct from but related to the G-spot, although the amount and size varies from person to person. Men have a prostate, which expands under arousal, and is part of the orgasm cycle – restricting the urethra and producing semen. There isn’t really a male counterpart to the G-spot, apart from the prostate, and there’s no consensus on whether the two things are homologous at all. (But it seems like common sense that they are.)

That’s the biggest difference between the prostate and the G-spot: the male prostate is well understood, the G-spot is not.

Similarities Between The G-Spot & The Prostate

While the male prostate and the female G-spot are apparently not anatomically identical, the sensations are comparable, and a female G-spot vibe will target the prostate better than a simpler straight, non-G-spot specific vibe.

And while we call them ‘spots’, they’re not really spots at all. They’re regions of incredible sensitivity that can be stimulated in with the same products and in the same manner as each other, even though they’re in different areas and serve different purposes.

So Can Men Use A G-spot Vibe?

While we wait for the doctors stop bickering about it, there is one thing that’s for sure: The G-spot is a beautiful thing, and when it’s stimulated it helps to produce orgasms of almost unbearable intensity. So can the prostate. So, the natural question is, can the same vibes used to stimulate the G-spot be used on the prostate too?

Generally speaking, yes; as long as there’s a flared base. This is a requirement of all anal-safe toys (for men AND women) to prevent an uncomfortable trip to the emergency room. As well,  just a quick note though before you go rummaging through your girlfriend’s toy box: we don’t advise sharing sex toys in this manner. Not at all. Keep them separate.

What Should You Look For?

Take a look at the LELO Billy prostate massager. 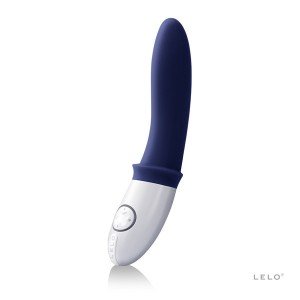 It’s relatively petite and that’s ok: the prostate is only around a finger-length inside, so you don’t need anything much bigger unless you want it. Also, power beats accuracy in this case: the more powerful the vibe, the more sensation you’ll feel.

Note the shape: slightly curved. This is key, because this is where it’s targeting the G-spot, and therefore where it will be targeting the prostate too.