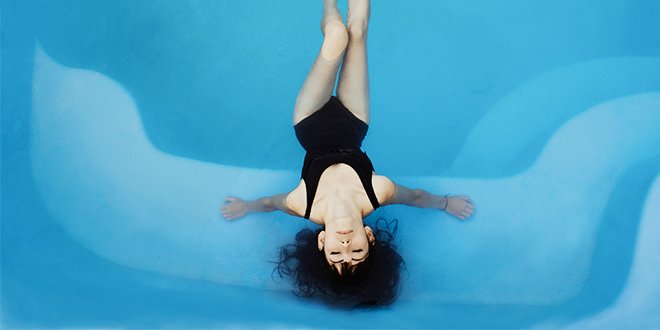 When it comes to my G-spot, I always felt like I never really ‘got it.’ I mean, I had figured out where it was, after much fumbling and Googling, and when I couldn’t figure out  right angle to pull off the ‘come-here’ motion for myself, I had very my very accommodating partner (and experienced G-spot orgasm-haver) diligently do so for me.

It felt alright, but not much more than in the way that I generally liked penetration; I orgasm easily from clitoral stimulation and so anything more is just sort of nice to add, but not much else. And, by and large, I was able to satisfy those needs with my hand, or with the ever-growing collection of sex toys that my girlfriend owned.

Yes, it’s true; ‘my’ first experience with INA Wave wasn’t even my own, it was hers. And I didn’t even know it was an INA Wave when I picked it up!

It was your standard Sunday afternoon, when I had elected to treat myself to a lie-in while my partner went off to spin class. I stuck my hand into her bedside drawer and pulled out what I thought was an INA 2. A rabbit’s a rabbit right?

I don’t know what made me sit up in shock more, surprise from the movement within me that I wasn’t expecting, or how good it felt. As soon as I could reasonably be assured that my sex toy hadn’t been possessed, I turned the power down slightly and tried again.

It was not quite like anything I had felt before, just the perfect level of slow and regular pressure on my G-spot. I felt like I could feel the sensation through to my clitoris, which  made it feel all the more like the sensation inside and outside were actually joined together.

It wasn’t a fast orgasm, in fact it probably took longer than normal, but I liked having the rhythm to egg me on to my eventual orgasm.