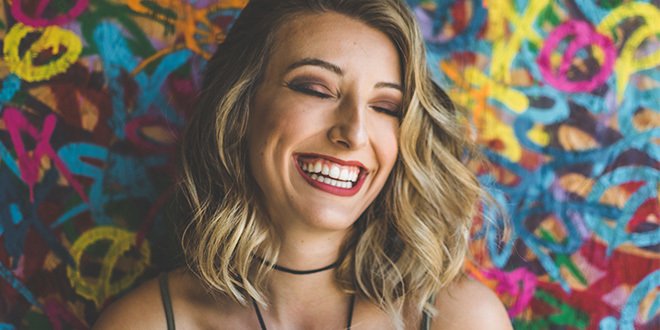 The following is an anonymous account of the experiences of an anonymous LELO fan trying LELO Beads for the first time. 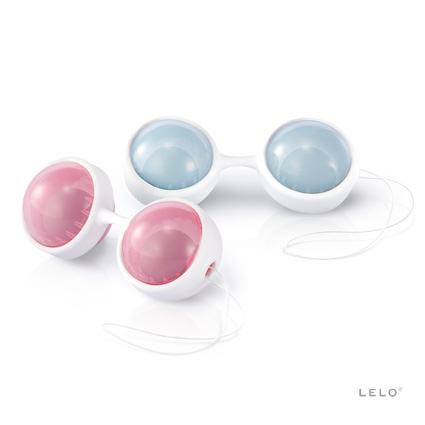 I was seeing a new guy, and the sex was nothing short of electric. After a few months having sex in all possible positions, at all the imaginable hours and in all the places, legitimate and less legitimate, we were looking new ways to experiment. We had spent a whole Saturday afternoon wandering between various sex toys sites, from the nicest to the most absurd, until we came across LELO’s. Of course we were intrigued by everything, but we decided to start with the most basic things and also, honestly, one of the least expensive.

So we ordered ourselves some LELO beads and then…we forgot. Possibly distracted by sex, but who’s to say? When, a few days later, my mailman was handing me a package, I was about to give it back and say it had been a mistake.  Then, fortunately, the details of our, let’s say ‘amorous spending spree’ came back to me, and I was very happy indeed that LELO ships in discreet packaging!

We had planned a trip to visit friends in another city for that weekend, just to catch up for a night out.  And so obviously we decided that the balls would have to be on our packing list – as our little secret. I put them in my suitcase along with a bottle of lubricant , which I had read in a few reviews would be helpful.

We left on Friday, late afternoon and arrived at dinner time. We met our friends, spent a pleasant evening having drinks at their home then checked into our hotel. After showering and sorting everything out, we both practically collapsed into bed. No sex.

In the morning, I woke up with the idea of ​wearing ​the balls as we went sightseeing, but since we were going to be out all day, it seemed a bit risky. What if  I found them annoying? Worse, what if they fell out in the middle of a museum?

My boyfriend was even more concerned than I was about being in a potentially embarrassing situation and so we decided to leave them behind. We went out,  enjoyed some fantastic weather as well as the sights of the city, before heading back to our hotel in the early evening. I was, at that point, starting to give up the idea, thinking that in fact it would have been better to try them at home first.

But, when I went into the bathroom to shower, I saw the bottle of lube with the rest of my toiletries and well…

I figured I should AT LEAST try them out on my own, to see what they felt like.

I decided to start with just a single ball and see how it went – and I must say that putting one in is pretty simple, especially if you are already a little ‘lubricated.’ Basically the same as putting a tampon in without an applicator. In fact, it was so easy I decided to put both in, in their little silicone holder.  This was a little bit trickier, honestly because of the holster part than the extra ball. I think with a few relaxation breaths it would be no problem but I was already pushing the limits of my habitual slowness in getting ready, and our friends were waiting for us.

As my boyfriend tapped his watch and pointed at the door, I was about to tell him about the single ball I had decided to leave in, but then decided it would be more fun to tell him during dinner so I could watch him try to control his reaction.

Unfortunately, he proved himself too polite to check his phone during the meal. Damn.

Our friends weren’t bit partiers – quite a quiet pair, really, but after dinner they took us to a neat little  bar with live music. It didn’t seem made for dancing per se, but there were a few people bopping around in place when the band moved into cheesy covers.

Until that point, I hadn’t really felt my little LELO Bead, and had sort of forgotten about it. That is, until the band started playing ‘I’ve Got Friends in Low Places.’ I know it’s not a sexy song but everyone in the bar was jumping around enthusiastically singing, and, let’s just say I became acutely away of the little ball moving inside me.

It was after asking about the weird expression on my face that I let my boyfriend in on the secret, and he was very willing to help me explore the effect of the entire range of motions would have on me.

Basically, the more accentuated movements that you make, the more you’ll feel the LELO Bead, and your body will tighten around it. Dancing slowly against each other, for example, perhaps had a less intense effect (on me) but I was happy to keep switching it up.

It was with this tension between us that we decided to tell our friends that we were tired and wanted to call it a night  – even if we had never been the first ones tired ever and definitely didn’t look sleepy tonight!

When we got to our room, he scooped me onto the bed before I could even kick off my shoes. This is when I discovered a secondary benefit: while we were starting sex with very little foreplay, my body felt like we had already been doing so for hours!

After that first time, I tried to use the balls together (but they were less secure so I only wore them at home) and while it is a more obvious sensation when you use 2 LELO Beads, it’s hard to beat how amazing my very first time was using just one!